The Summer Olympics in Rio de Janeiro are in full blast; by August 16th, Russia is 4th place on the leaderboard, featuring 11 gold medals and 35 medals in the overall standing. As our sportsmen win the next medal and sports fans choose which competitions to watch, we present you an overlook on this year’s main technological innovations of the 2016 Olympics. 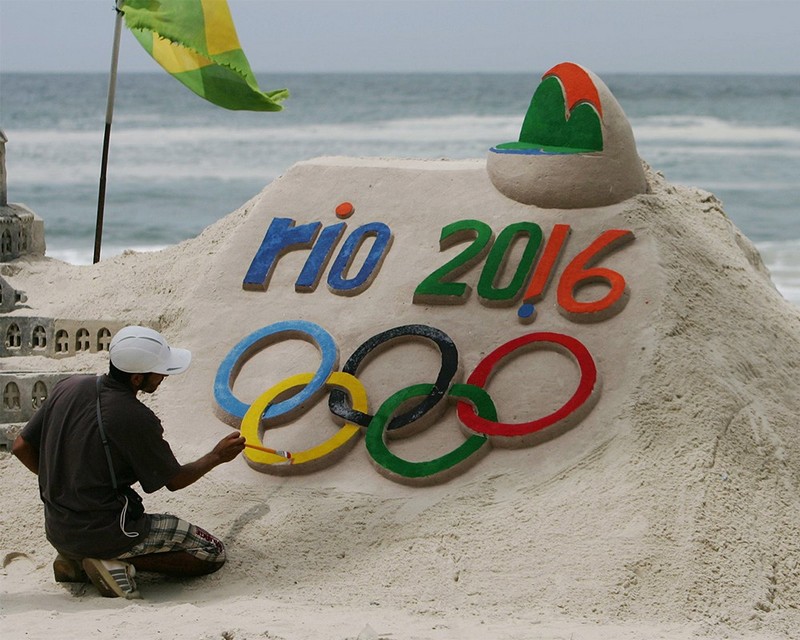 According to information from Atos international corporation - Summer Olympics' technological partner, the IT infrastructure of the event is sufficient for 4.8 billion viewers who watch the translation via television and the Internet. The data centers provide 22,000 different media with data from the competitions, and all the systems of personnel management and processing of personal data are cloud-hosted. Olympics-2016 has become the most technologically advanced in the whole Olympics history - and not only due to the organizer's efforts. The Summer Olympics security is upheld by 47 thousand guards, 65 thousand policemen and 20 thousand military. Still, Brazilian authorities found these measures insufficient: they've also introduced patrol blimps that are fixed with Logos Simera and Altave Omni surveillance systems. Each has 13 cameras that can record high-detail videos with a resolution of 120 mega-pixels (100 for Omni) over more than 40 square kilometers depending on the height on its flight. The devices memory is enough for recording three days worth of videos autonomously.

The developers compare Simera with Google Maps combined with TiVo: the system allows to watch what's happening on the ground in the scale of almost a city, almost in real time, to stop, rewind and scale single frames. At the same time, they assure that there should not be any privacy concerns: first of all, the blimps can't record anything that would have been impossible by other means, like those of a police helicopter; secondly, they can't discern faces or license plate numbers in their current configuration - the resolution is still not enough.

Writing news by oneself is becoming a thing of the past - that must have been Washington Post's idea when they turned the task of processing the competitions results over to AI. Their Heliograph technology generates short messages about who won which medal, adds hash-tags, emoticons with country's flags and publishes all of it in Twitter under the @WPOlympicsbot nickname.  The bot also reminds of the subsequent competitions 15 minutes before it starts. Up to now, these are all of the bot's functions, but its developers are planning to improve it and use for other events, including the upcoming presidential elections in the USA. Evgeny Krotov, a Master's Degree student at ITMO's High-Performance  Computing Department notes that as of now, @WPOlympicsbot uses a range of patterns that make its messages quite similar. The development of this bot does not imply using any complex algorithms. Still, it’s possible to teach the bot to combine information from different sources and thus increase its usefulness.

"Such information as the sportsman's former achievements or his country's successes in his field can be included in the message.  For instance, a few days ago, a Kazakstani Dmitry Baldin became the Olympic Champion in 200m breast stroke - that's Kazakstan's first gold medal in history. Usain Bolt wins the 100m for the third time. Having the statistics of the previous competitions, the bot could find these facts and add them to diversify the news", - believes Evgeny Krotov.

The student adds that the main problem of such technologies is to teach the program to tell the results of its searches properly. One can write more patterns, and that'll be enough for sports news, but such narrowly specialized bot won't be any good with other topics. Still, the patterns are necessary: generation of texts in a natural language is a task from another field of science - the processing of natural language.

The international Visa payment system and a Brazilian bank, Bradesco have produced a new payment product for Olympics 2016, incorporating the NFC (Near Field Communication) technology. Among those are elastic bands, watches and even rings; one doesn't need to charge them, they are waterproof and can work up to 50 meters underwater. The technology will undoubtedly be a success: Apart from cash, Visa is the only payment system for the 2016 Olympics.

The Olympics in Rio has introduced lots of technological novelties to the sports themselves: Omega Wave underwater registers for swimming, a camera that records finishes - Omega Scan'O'Vision, which makes 10,000 shots a second, Solos smart-goggles for cyclists. What search engines did in connection with the Olympics is also worth mentioning. Google added records of the Olympic Park to its Google Street View service - now anyone can take a look at the Olympic arenas and stadiums. Yandex added the "Hi-fi" module to the official iOS and Android apps, using which one can support Russia's sportsmen.

To see the Olympic stadium, you don't need a ticket to Rio de Janeiro: NBC and BBC do live translations of the Olympics in spherical 360 video. One can watch BBC's reports using the browser or a special app for iOS or Android. NBC provides its services only to those owning Samsung Galaxy phones compatable with Gear VR. NBC live translations are planned only for 12, 19 and 21 of August - rapier competitions and basketball semi-finals and medal matches amongst men. In all other cases, spherical video is available only a day after it was taken.

"The delay must be due to post-processing and the necessity to "glue" the video into a sphere. Some cameras, Samsung Gear, for instance, can do it by themselves, but a specialist's work is still better. Any coding takes time; also one has to take into account that it's all recorded in the 4k resolution", - explains the head engineer for the Design and Multimedia Center of ITMO University and the Video360Production project head Denis Stolyarov.

The "olympic" content in spherical 360 video first appeared during the Winter Youth Olympics (Lilyhammer, Norway) in February, 2016 as Samsung's initiative. Also, shortly before the games in Rio the company released a three-minute video about how Pata Miller and Linlin Matauatu from the Vanuatu Republic prepare for the beach volleyball competitions. The video is on Youtube and can be watched using any VR headset - not only Samsung Gear VR.

In addition to spherical 360 videos the Olympics official photo agency publishes panoramic 360 photos - for instance, such pictures from the 10th day of the games can be seen here.