Sergei Pankratov, SAP CIS Marketing Director is sure that smartphones have changed all consumption strategies and principles. The evolution of all marketing areas goes further and further. However many companies have yet to understand that. 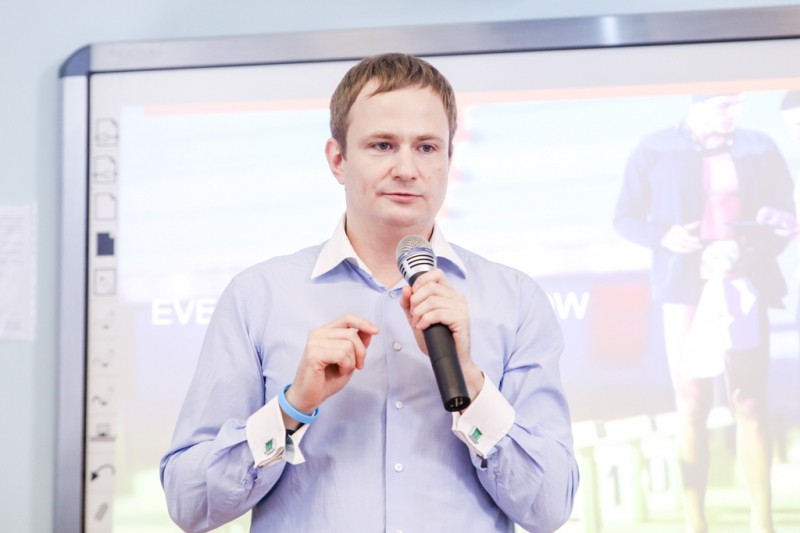 I have been working in the field of marketing for 20 years. When I started my career it was based on so called «fast-moving consumer goods» concept. I dealt with cases connected with international companies like Nestle and Danone and also with companies that were not so important in terms of the whole world but had leading positions in Russia. Using my experience I want to comment on the global tendencies of the market.

To get ahead without any background

I want to start with a fact, which may seem unbelievable. Today I saw the Double B cafe near ITMO University. It surprised me because I know that this was a small project invented by several people. Now they sell franchises out of Moscow.

Such examples change the modern business world completely. Half of the world’s most influential companies published at Fortune Global 500 lost their positions in the 21st century. New companies, small and unknown, took their places. I consider myself as a young man who accepts new tendencies easily. But nevertheless I am astonished at all of these changes. For instance, Airbnb, which is the largest online service for renting apartments as my mother would say, sells air. It has almost nothing and the only thing it does is offering its' online platform. However one can compare it with Hilton giant, which owns 150 hotels only in Russia.

I can also give you other examples — Uber is the largest taxi company but it doesn’t own any cars, Facebook is the most high-powered media resource but it doesn’t create media content at all. If I was told about them five years ago I would have told you that it is ridiculous. Faster than you can imagine

Every service has a «popularity level.» This means that users and customers understand a service completely and it is applicable to their lives. It is not an abstract space flight but rather something that can be used here and now. For example, flights took 68 years for people to accept and comprehend them and use them. Communications via phone took 50 years to become common, radio took 38 and TV just 22 years. Facebook became popular in 2 years.

But my favorite example is Angry Birds, which attracted 50 million users in just two weeks after its' release. This case has become something fundamental for our field. Many projects appeared after Angry Birds, for instance, Pokemon Go.

Everybody has a smartphone

In 2011 Apple sold as many mobile devices as it had sold Macs during the 28 years previously. And these numbers are related only to smartphones sold during one of the company’s less successful years.

According to medium-term prospects, in the following five years about 5 billion customers will buy goods and services. It will be the largest «customer engine» in the world’s history. By 2020 1.4 billion people will have become Internet users, some 212 million devices will be fused together in a so-called matrix. If one doesn’t take into account Africa and Southern America we face the following statistics: the number of devices is bigger than the amount of people. And this tendency is making progress. It looks like magic.

The contemporary agenda of the banking industry completely differs from the strategy it had in 2012. Five years ago they said that 1.6 billion inhabitants of Southeast Asia couldn’t use finance services and that this region was yet to be developed to implement this kind of services. Now there are 2.6 billion smartphone users in Southeast Asia. Buying one of Angry Birds is also a transaction. If a bank is not ready to offer its' services at that moment then in 5−7 years it will not be needed at all. The customer has changed

If we talk about media consumption trends in Russia the most popular resource is not the main federal TV channel, I hope nobody will be surprised if I tell that it is not related to TV that is placed 5th or 6th. It is www.yandex.ru.

The way customers consume media content has completely changed in the last five years. TV has lost its' popularity in Russia. In the USA the most popular TV show is Super Bowl. The period between the first and second times is the most expensive advertisement area in the world. Even the Olympic Games is less valuable. According to research done by advertisers investing in half-time shows is like burning money because nowadays almost nobody watches TV without surfing the Internet on a cell phone from time to time.

One famous case is connected with this issue. When Volvo decided to reach the American market they realized that investing in TV advertising costs too much, so they created a viral contest. They announced something like that: Mercedes and General Motors spend billions for advertising, we use this money to develop cars. So we want you to make tweets about why you like Volvo every time you watch an ad of other car brands. It provoked tons of posts in social networks.

Marketing has changed too

Now we have the following statistics — according to surveys in 2015 about 2.5 billion messages sent online were connected with a brand. As a marketing expert I can use 2.5 billion communication facts to provide targeted advertising and promotion as opposed to creating new communication lines.

I also want to talk about the first moment of truth. This marketing principle means that the most important moment of interaction with customers is when they look at a good for the first time. Nowadays the first moment of truth disappears because 57% of purchases are made before a client starts to communicate with a company. One doesn’t have to send messages into space. Just come back to the approach used 50 years ago when a salesman knocked at the door and presented a good to the customer — but do that using a smartphone. To crown it all I want to repeat that the world changes extremely fast. Having spent many years working in this field I wouldn’t be surprised if one day all the knowledge I have will stop being relevant because someone invents something new like Facebook or Angry Birds. I am sure it will happen many more times.