Russian scientists have developed a new laser technology for fabricating novel optical biosensors that are capable of identifying infectious diseases in seconds. The device reveals harmful bacteria and viruses by means of infrared light and can find wide applications in large transport hubs, such as airports, which require constant monitoring of massive passenger flows. The study was published in Laser Physics Letters. 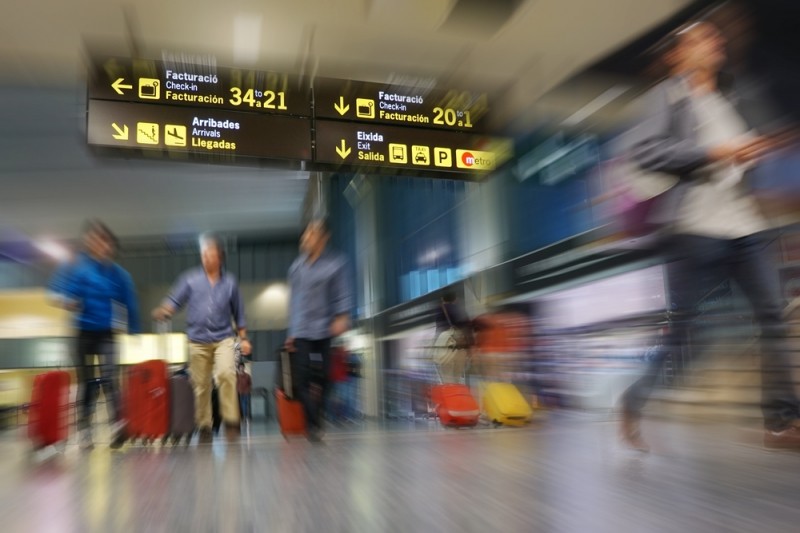 The biosensor is made of a regularly micro-perforated silver nanofilm deposited on a transparent substrate made of natural mineral fluorite. A sample of biomaterial, for example, a scrape of nasal mucosa is placed on the film. Then the film is exposed to infrared light in a common laboratory infrared spectrometer. Acquiring spectra of light passing through the sample, one can infer the presence of specific bacteria or viruses in the sample.

Such express-analysis may be widely used in large transport hubs, such as airports, which require constant health monitoring of numerous passengers. Currently, this is partially achieved by thermographic cameras that track body temperature. If a passenger has a fever, one might be dealing with a potential source of infection. In this case, a clarifying analysis is needed that will tell whether the person is indeed sick and what the cause might be. Investigating biomaterial with existing methods, such as PCR will take several days. The new technique, in contrast, can provide meaningful results immediately.

The research was conducted by scientists from ITMO University, National Research Nuclear University MEPhI, Lebedev Physical Institute, and Moscow Institute of Physics and Technology (MIPT) and in close collaboration with Infectious Clinical Hospital in Moscow. Another advantage of the new biosensor lies in its sensitivity. «Optical biosensors made using our technology can detect single bacteria,» says Sergey Kudryashov, leading researcher of the Department of Laser Technologies and Instrumentation at ITMO University and the Laboratory of Gas Lasers at Lebedev Physical Institute. «The early diagnosis of infectious diseases in public institutions — pre-schools, schools, universities — especially during seasonal epidemia will help stop them. For physicians at infectious hospitals, this technique can be an invaluable asset for earlier and quicker diagnostics.»

The biosensor’s sensitivity owes to the grating-like structure of the silver film. When infrared light passes through the sensor, it becomes regularly distributed across the surface. Microholes turn into hot spots — places with higher intensity of light. Microorganisms contained in the biomaterial fill the holes and start to absorb light more effectively in hot spots, which increases the probability of their detection.

Millions of microscopic holes were cut with the use of a laser, emitting millions of shots per second with every shot making a micro-hole or a few, being spatially multiplexed into microbeams by a diffractive optical element, which allowed the researchers to automatize and speed up the production of the sensors.

«Until now such sensors could be seen only at high magnification — by means of an electron microscope, so the actual laboratory analysis was out of the question. Our method allows to cover much larger surface area — up to 1 square centimeter — with microholes and to make a prototype of such sensor for real laboratory applications where biomaterial can easily fit it,» notes Sergey Kudryashov.

Methods of analytical optical biosensing are not novel, but rather poorly implemented. This is due to the fact that earlier technologies did not make it possible to fabricate real prototypes that could be tested in laboratory settings and clinical practice.

This presents another major challenge that must be addressed by scientists before propelling the new technique into medical practice — the formation of a reference database (IR-spectral library) of bacteria that will be used to compare data from the infrared spectrometer.

The readings of infrared spectrometers are always compared with such spectral libraries that catalogue IR-active fingerprints of certain functional groups of molecules. For instance, Staphylococcus aureus, the microbe used in the study, has its own fingerprint — carotenoid fragments derived from carotene, the substance responsible for the color of carrots.

The scientists hope that in the future the new optical bionsensing platform will find wide practical application due to lower production costs and quick fabrication, as well as the use of more common materials for substrates. Furthermore, according to the researchers, once the spectral libraries are calibrated, the sensor will be able to identify not only the type of pathogenic microorganisms, but also their approximate quantity.