ITMO University experts will film a series of virtual tours in the State Hermitage Museum in 360 video format, thanks to which users will be able to visit areas of the Museum that are usually closed to the public. The corresponding agreement on cooperation in the field of virtual reality technology was signed by the Rector of ITMO University Vladimir Vasilyev and the Director of the Hermitage Mikhail Piotrovsky. 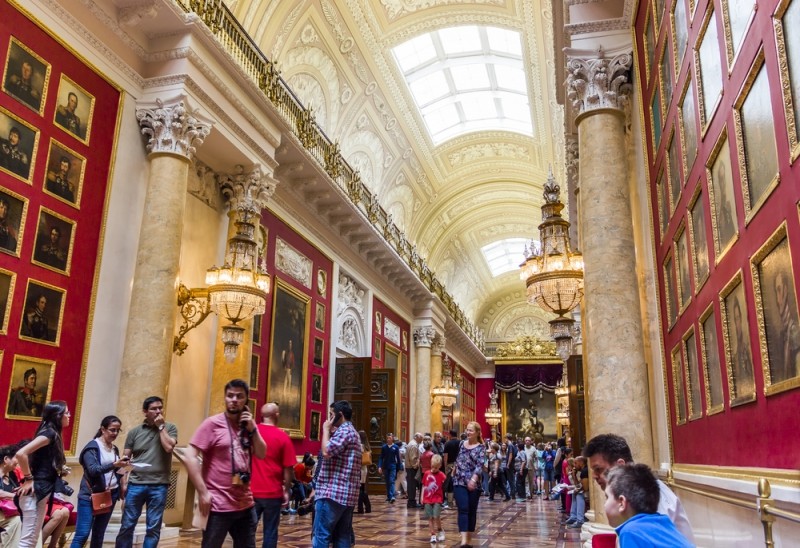 The chief engineer of the Design and Multimedia Center at ITMO University, and the director of the Video360Production project, Denis Stolyarov, explained that for recording the series of excursions in the 360 video format, around 50 locations were chosen, that are usually closed to Hermitage guests. They can be divided into five groups: restoration workshops, open and closed storage rooms, halls closed for restoration and exclusive locations.

"One of the exclusive locations is the Hermitage roof. We want to film a tour on the roof with the help of professional actors dressed as guards who will talk about the architectural elements, about the life of guards that protect the roof of the imperial residence, and about events on Palace Square. Another area is the museum clock which faces the Alexander Column. Visitors of the museum usually don’t notice it and there are few who have heard the history from those who take care of it. Also we are planning to share the story of the life of the hermitage cats: the media has covered this theme when I talked about it at last summer’s press conference" explained Denis Stolyarov.

The video 360 format gives viewers a chance to choose how they want to view the objects in the film. Creators of the films also have more freedom in directing. As an example, visitors of the future virtual excursion can participate in the restoration process of art work or, for example, to consider the exhibits in more detail than is possible on conventional tours. According to Mr. Stolyarov, panoramic video significantly expands the narrative tools of the museums.

"Virtual tours are often created using VR-technology and three-dimensional modeling, which can create the erroneous impression that museums are static. However, it’s not like that at all. Being in a museum is not the same as walking around a frozen deserted building. Tour guides bring life to the experience, they share interesting stories, more than what you could read on the label under each item. In the same way we are trying to show live scenes through video-360," commented the expert.

The Video360Production team plans to work on panoramic video for the Hermitage over the next few years and film one or two stories a month. They will publish them on the official museum channel on YouTube. They will also be published in other ways. For example, there is an idea to create a virtual zone in the Hermitage. One joint film of Hermitage specialists and ITMO University is already available to the public. The first trial video shows how the "Peacock" clock made from metal and gilding made in the 1770ies in the UK. This particular clock was repaired by a team of technicians from ITMO University (then known as LITMO), when in 1952 the unique mechanism returned from evacuation after the war. Furthermore, every week the clock receives a visit from a graduate of the university, Mikhail Guryev, head of the Laboratory of Scientific Restoration of Timepieces and Musical Mechanisms.

"We started filming 360 videos for museums a long time ago. The first museum with whom we started to collaborate was the Cabinet of Curiosities. That’s when we understood that working with museums is interesting and decided to develop this format further. For example, for the Solovetsky Museum-Preserve, we filmed lengthy tours which they used in their external exhibitions. While earlier they took slides, and posters with them around the world, now they have bought VR-headsets and offer visitors not just to look at the museum but to truly experience it," added Denis Stolyarov.

Video360Production team regularly films different cultural events in the video-360 format, for example, the Jazz Philharmonic Orchestra and Rock Group "Picnic", and the expedition of the Floating Arctic University was highly regarded by the British Royal family. The films are available on the official site and YouTube channel of the project.