Vladimir Smykalov, graduate student at ITMO University, got to code with the best as a finalist of the TopCoder Open 2016 in the Algorithm category that took place on November, 21. 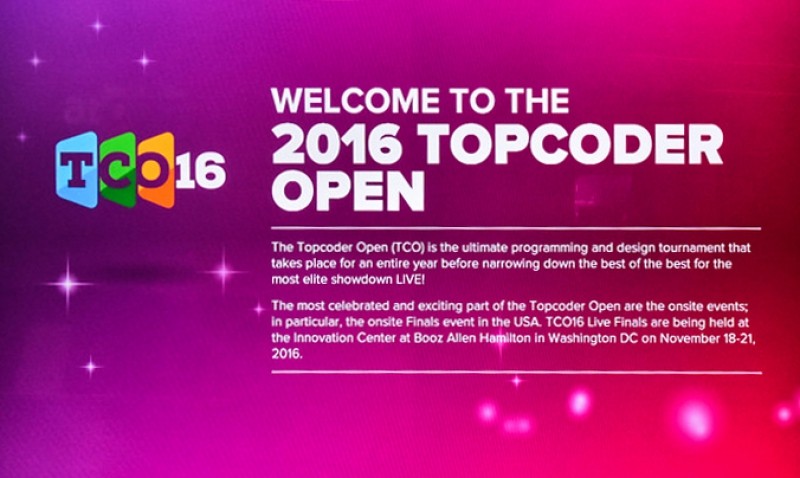 Mr. Smykalov studies at the Computer Technologies Department and codes under nickname enot. "My friends showed topcoder to me when I started studying at university," he wrote his finalist questionnaire. "I didn't liked it from the beginning (strange format, a little bit different tasks), but I was so wrong! Now I see that this platform is the best in the world."

Twelve participants were selected to compete in TopCoder Open Algorithm semifinals based on online selection rounds and the Wildcard Round. ITMO University was represented by Gennadi Korotkevich (tourist), Vladimir Smykalov and alum Evenii Kapun (eatmore), but only Mr. Smykalov made it into the finals. Other Russian coders to fight for the cup were Petr Mitrichev (Petr) with Moscow State University and Vladislav Epifanov (Kankuro) with Lobachevsky University.

"This year the best six programmers in the world competed with each other in the finals. Each participant has his own experience of participation in the TopCoder. Bruce Merry registered on the platform in 2001, Vladimir Smykalov in 2010. Pert Mitrichev, for instance, took place in the contests 429 times, which is two times more than other participants. Makoto Soejima has won lots of programming contests. He has been organizing TCO (TopCoder Open) since 2012. That is why he won this contest only two times — in 2010 and 2011. This year it was his triumph," noted Lydia Perovskaya, tutor at the Department of Computer Technologies, "Congrats to the three-times champion!"

The Algorithm Competition, as part of the Topcoder Open, is a timed contest where all contestants compete online and are given the same problems to solve under the same time constraints. The competition is available in four programming languages: Java, C#, C++, and Python.

Other parts of the competition deal with the other stages of creating a software product. Marathon, for example, provides a more flexible format with an extended timeline for problems similar to those in Algorithm. In Development partner companies offer cash prizes for creating a complete product while in First2Finish programmers have to add functionality or make changes to an existing product. In UI Design participants get to develop a design concept from scratch or they can use their rapid prototyping, knowledge of responsive frameworks, JavaScript and HTML skill to compete in UI Prototype.