Despite the fact that every year the movie industry produces a plethora of New Year films, perennial movies such Willy Wonka and the Chocolate Factory, It’s a Wonderful Life and the Wizard of Oz top the tables for the most evocative — continually watched and re-watched at Christmas and New Year by generation upon generation.
In Russia, the same movie traditions prevail — from year to year we are happy to meet the same beloved characters and their adventures in a clutch of films that have become the embodiment of the holiday.
Here are several examples that are an integral part of New Year celebrations in Russia. 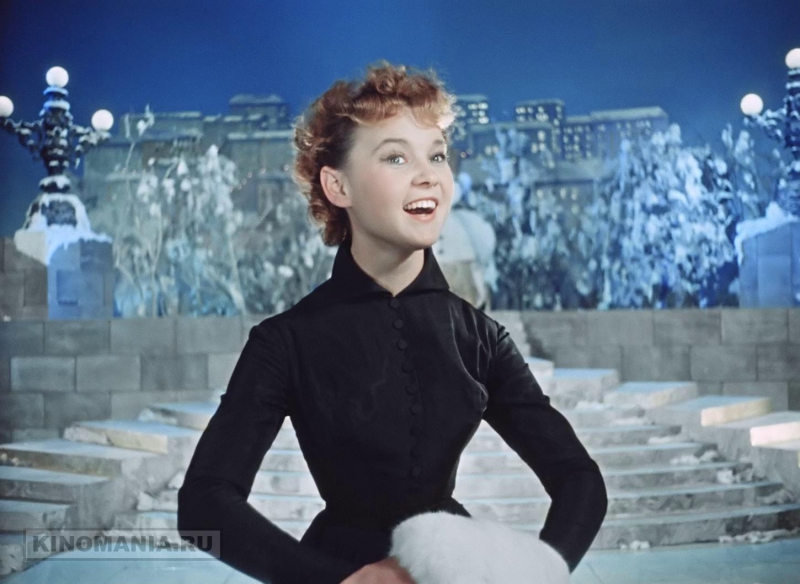 The first movie you should definitely watch when spending your NY holidays in Russia is "Irony of Fate" by Eldar Ryazanov. It premiered on January 1st 1976 and since then has become the main New Year movie staple. Even the collapse of the USSR couldn’t dislodge it from the top of the nostalgia charts. Packed with amusing scenes, wry dialogue and flamboyant characters, this story shows how one night can turn several lives upside down. After a boozy party on December 31, a company of Moscow friends put the wrong drunken guy on a plane by mistake. And when he sobers up a little, the drunkard — whose name is Zhenya Lukashin — somehow doesn’t realize that he has been miraculously transported to Leningrad (the former name of St. Petersburg) and just jumps in a taxi. To compound matters, a street in Leningrad also bears the same name, Stroiteley Street, as his own in Moscow. As is often the case, the suburbs in Brezhnev era soviet cities comprise of exactly the same grey, soulless high-rise blocks, so he doesn’t immediately notice any difference. As was often noted — and joked about — even the keys in the USSR were sometimes so similar that it was possible to unlock your neighbour’s apartment. So, Zhenya simply lets himself into the apartment of a complete stranger in an entirely different city and collapses on the bed, believing himself to be home. That stranger turns out to be a fragile blond-haired woman named Nadya Shevelyova with sad eyes and her own unique habits, plans and lifestyle. Under these highly unusual and somewhat manufactured circumstances, they meet and nothing is ever the same again!

At first sight it looks like a simple rom-com but the characters are very subtly drawn, and bring their experience and wisdom to bear on the situation to avoid making careless decisions. And there is much for us to learn too — it’s all about life’s choices, and all expressed in exquisite dialogue and memorable quotes. And of course, songs — it wouldn’t be a proper Soviet Christmas movie without a few ditties thrown in to leaven proceedings.

Many of these songs have become instant Christmas classics — most notably "If you have no aunt" which Zhenya plays on the guitar and sings while sitting near the new year tree. In this song he ironically reflects on the idea that if you have nothing, you don’t need to care about things you have and be upset when you lose something. [Include some Lyrics]. Other songs feature lyrics written by some of Russia and the USSR’s best known poets, including Yevgeny Yevtushenko, Bella Akhmadulina, Marina Tsvetaeva.

The movie has introduced a host of catch-phrases into the Russian lexicon:

Ranking next in terms of Christmas popularity is "the Gentlemen of Fortune,' another story about how unexpected events can radically change everything. A thief who has a nickname Docent (which, in English, is translated as "associate professor') steals Alexander the Great's helmet. Before being caught by police, he and his partners in crime hide the treasure, so nobody can find it. Then a history professor who is working with the police on the investigation meets a guy called Troshkin, who looks exactly like Docent but who couldn’t be further from being a criminal; he works as a kindergarten director. The police ask him to pretend he is Docent and go to prison to get information about the stolen helmet from Docent’s partners, Kosoy and Khmyr.

At this point, there is all kinds of fun, as Troshkin tries to break free from his kindergarten patter in order to start speaking the lingo of the thief. These efforts begin to impact on his personality to the point where he begins to play the role too confidently. But most powerful of all is one scene where the film transcends light comedy, when we begin to see that these men are not just criminals, but also humans. That scene — you guessed it — takes place on New Year’s Eve.

Other favourites — which make only the most passing reference to New Year are "Ivan Vasilievich: Back to the Future" a comic science fiction shot in 1973. Alexander Timofeev works on a time machine in his apartment. By accident he sends Ivan Bunsha, the apartment complex manager and George Miloslavsky, a petty burglar, back into the time of Tsar Ivan IV "The Terrible" in 16th century Moscow. At the same time, the machine transfers the real Ivan IV into Alexander’s apartment to the year 1973. The Tsar and manager Ivan resemble each other but have completely different personalities. Until the engineer repairs his machine, they are forced to adopt completely different lifestyles. The movie has since become a source of sarcastic and ironic idioms and jokes. Some of them require explanation, as today they are used in a completely different context. For instance, Ivan shouts "Everybody dance!" at a ball when pretending to be the Tsar. Today you will often hear this statement from a person who wants everybody to stop being shy and start dancing at a party. The other example is a phrase said by Miloslavsky when he had to introduce himself but didn’t want to be known due to his criminal affairs: "My last name is too famous to be named." Today people use this statement to attract somebody’s attention. When Yakin, a film director, saw Ivan IV sitting in a soviet apartment dressed like a tsar he thought that he is a talented actor playing this role. Then he declared "I cannot recognize you in make-up!" Now this phrase is used when one wants to ironically comment on somebody who has changed his or her style.

The final entry on our New Year hit list is: "Office Romance", directed by Eldar Ryazanov, is a comedy and at the same time drama, which shows that love can change even lives of people in their late 30s. Anatoly Novoseltsev works at a statistical bureau as an economist. To get a promotion he needs the approval of his boss, Ludmila Kalugina, a strict single woman, who is called "our frump" behind her back. A colleague advises him to flirt with the boss to gain this new position. Contrary to the plan he falls in love with Ludmila who also starts changing under the influence of this feeling. Neither of these stories are not related to new years, but have somehow become classics, symbolizing the festive season as much as any of the snow-covered, schmaltzy Christmas themed counterpart. Overall, they are more about kindness, which is the main symbol of this holiday that make us believe and wait for miracles.

And, of course, they will be playing on a loop on a television near you, all over the Christmas period. And even if your Russian is limited, the stories are refreshingly straightforward and the comedy is often delightfully broad, so you’re bound to enjoy them anyway. So, no need to venture outdoors, travel to loud and chaotic parties or bars. Do it the true Russian family way. Spend those long, monotonous New Year evenings in front of the TV watching our favorite movies together with friends and relatives.