Champagne, Solidarity and Cheese: ITMO Student About Her Exchange in France

ITMO University Master’s student Victoria Golubeva has recently finished her exchange program at the University of Technology of Troyes (France). She says that this experience helped her broaden her horizons, improve her foreign language skills and make friends with people from all over the world. Read on to learn the details. 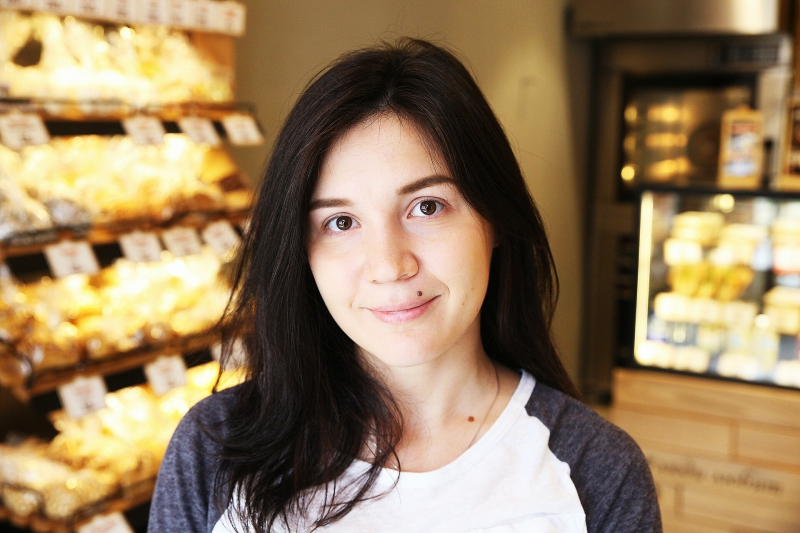 Where did you study?

The city of Troyes is located in central France in the Champagne region, two hours away from Paris. It’s there that the famous alcohol drink traces its roots to. I studied at the University of Technology of Troyes, though I’d say that “studied” is a little bit too strong of a word here. In France, they have a five-day working week, which is constantly interrupted by numerous holidays, mostly religious ones. So my friends and I had plenty of time to travel. In just half a year, we visited Spain, Belgium, Portugal, and many French regions.

But you still had to study, didn’t you?

To some point, yes. Upon arrival, I picked three subjects in English: General Computer Equipment, 3D Graphics, and Information Systems. It turned out later that two of them were actually taught in French. Before the exchange, my French was somewhere about A2, while now it’s B1, which I think is a very good result.

What also helped me to achieve this was an intensive French course. It was aimed at international students (who constitute about 20% of all students in Troyes) and started a month prior to the launch of the general program. For me, it was probably the most useful course of all I took in France. First, we practiced the language seven hours a day, which is quite a lot. And second, it gave me an opportunity to make friends with other students before the actual studies began. I know that many European universities organize similar courses as well.

Students going on an exchange program abroad often complain about the limited choice of disciplines or something else they don’t like. For example, my roommate found her disciplines far too difficult and spent all her time studying. She didn’t have any time left to party or travel, but it didn’t help her to pass the exam eventually.

So you think that international exchange programs are not about studying?

Yeah, I think that if you’re going on an exchange, don’t worry about your studies too much. Focus on other things instead. Academic exchange is first of all about new people, new relationships, and new encounters. It’s about a special atmosphere you won’t find anywhere else.

The university I studied at also did everything in their power to help students form a close-knit community. Among other things, we visited a champagne factory, went to nearby cities and tried traditional French food. The French are obsessed with cheese. One day, we even got all our classes canceled to participate in a cheese tasting session. The smell was crazy but the food was delicious.

Was there something you didn’t like about your trip?

The paperwork. During my previous exchange program in Austria, it was all done very quickly, whereas in France, people are very slow and relaxed. When you arrive, they just tell you that they somehow lost your documents. You start getting angry, but they are all so nice and friendly that you forget your anger, but the fact remains: your papers are lost and you have to do something about that. And as far as I know, such situations are commonplace in France.

Important tip: if a French person tells you “ten minutes”, always ask what minutes they mean, French or normal. Otherwise, you’ll end up waiting for half an hour.

Things are not very good in Russia either. Getting all the papers and collecting all the signatures can be quite a challenge for a student. The silver lining here is that the staff of ITMO University’s International Office are all very friendly and ready to help.

What advice can you give to students willing to take part in an international exchange program?

Don’t bother yourself with studies too much. And with the choice of a university. You’ll probably won’t get admitted to the university of your dreams anyway. So just pick a country you’d like to go to. In my experience, people in Southern countries are a bit more relaxed than in the North, and people in smaller towns, such as Troyes, shape more close-knit communities and are more open to communication.

So, it was a very enriching experience, wasn’t it?

Of course. Academic exchange broadens your horizons, helps you improve your language skills and make new friends. I still have two semesters left at ITMO University and I plan to spend one of them abroad as well. I haven’t yet decided where to go. I feel a bit unsure about Latin America, so maybe Korea.