SNAC-2019: Summer School on Nonlinear and Adaptive Control Brings Together Young Scientists From Around the World

The Saint Petersburg Summer School on Nonlinear and Adaptive Control (SNAC-2019) has just come to a close at ITMO University. Over the course of three days, the world's leading experts in the field delivered lectures on scientific fundamentals and the latest trends. Nearly 90 young scientists from nine countries, including Germany, Italy, France, the UK, and others attended the event. Speakers and participants of SNAC-2019 spoke to ITMO.NEWS about the benefits of summer schools and the reasons why the knowledge of control theory is now a desired asset for many professionals. 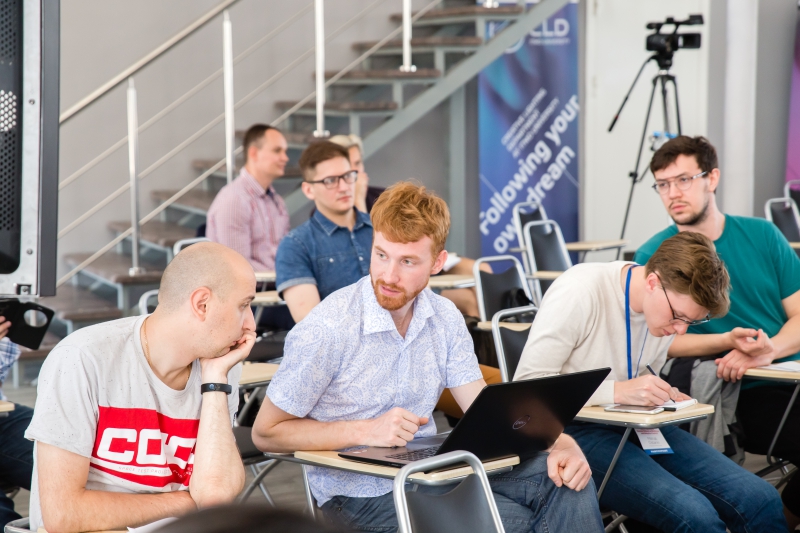 At the SNAC-2019 Summer School on Nonlinear and Adaptive Control

The St. Petersburg Summer School on Nonlinear and Adaptive Control was organized by ITMO University in collaboration with Hangzhou Dianzi University (China) and Innopolis University (Russia). Its main goal is to provide its participants with introductory material and familiarize them with the results of the latest research on nonlinear and adaptive control. The event’s target audience includes PhD students, researchers, and those who work with control systems and theory.

The School's program included three full days of lectures and workshops by the world's top experts in the field. During that time, participants of the School had the opportunity not only to learn, but also converse with the scientists and discuss research results.

This year’s event brought together almost 90 students and young scientists from the universities of Russia, Germany, France, Italy, the UK, Mexico, Turkey, the Netherlands, and Pakistan.

“We often host events on this subject and experiment with the format. This time around we decided to make an emphasis on the students. Topics such as this are usually discussed at the world’s largest conferences, but here we presented it to students in as much detail as possible, all in order to help them get up to speed on the global trends,” explains Anton Pyrkin, head of ITMO University’s Faculty of Control Systems and Robotics.

The list of speakers for this year’s summer school includes some of the biggest names in the field of nonlinear control, adaptive systems, and robotics. One of them is Alberto Isidori, a professor at the University of Rome (Italy), who delivered a lecture on the geometric approach to nonlinear systems analysis. Prof. Alessandro Astolfi, of the Imperial College London (the UK), spoke about the modern methods of nonlinear control and model reduction.

Among others were Dr. Romeo Ortega, representing the French National Center for Scientific Research (CNRS France), who delivered an in-depth lecture on the basic methodology of adaptive control and working in unpredictable conditions, and Prof. Vadim Utkin of the Ohio State University (the USA) with a lecture on sliding mode control. On the final day of the School, Prof. Stefano Stramigioli from University of Twente (the Netherlands) presented a detailed analysis of the key trends in robotics (read about Prof. Stramigioli’s work on oncological and cardiovascular disease-detecting robots in our interview).

Adaptive control is actively used in many applications of control theory. Some examples include asynchronous machines, maglev vehicles, and the like. Mechanical systems utilizing adaptive control include robots, submersible vessels, planes, rockets, and more.

“Everything in robotics, and in all modern digital technology in general, is controlled by automatic regulating algorithms,” explains Anton Pyrkin. “Software is set up in such a way that we get the best quality of sound from a device, the most comfortable movement in unmanned vehicles, and so on. All this stands on the fundamental mathematical knowledge about which the experts spoke during the School. On the third day, for example, we had lectures about physical systems that explained how we can make robots better, faster, and more efficient using the mathematical methods that we learn and develop together with our colleagues. Every participant of the School, provided they are familiar with basic tenets of mathematics, has the opportunity to join our large community.”

He also adds that competencies in the field of nonlinear and adaptive control are in high demand among the top tech companies like Siemens, Huawei, Bosch, KUKA, Kawasaki, and others. Romeo Ortega, who has been working in the industry for years, agrees.

“My field of study is adaptive control and I can say that research in this field is once again becoming highly relevant. Specialists are beginning to apply new technologies like various nonlinear control methods. I’ve been conducting research in this field for several decades now, and I’ve worked a lot with the industry in the past. In recent years, the field has changed massively. Changes are spurred on by the emergence of new technologies and the growing competition between hi-tech companies. In these conditions, research and competencies in control theory are becoming more recognized than ever,” says Dr. Ortega.

He also notes that, thanks to the event’s format and lack of participation fees, students and young scientists from anywhere around the world had the chance to take part in the School.

According to Alberto Isidori, every expert chosen as a speaker of the School is a recognized specialist in their respective fields. Bringing them together in one place made it possible to present a complex and in-depth review of all key aspects of control theory in the context of technological development.

“We are building a mathematical model of the physical world. And we discuss how to create the most effective engineering solutions based on these models. But you can also see a great many examples of the application of control theory in the real life. Of course, historically it has seen more use in industrial settings. But if we look at today’s world and some of the issues that are becoming especially relevant lately, such as protection of the environment, we’ll see a lot of examples, too. Controlling the state of our atmosphere, the pollution levels, the emission rates: this is all relevant. Our research also finds a lot of use in agriculture. More areas of application appear today. And I think that young scientists would benefit from learning about the potential applications of these methods,” he says.

Stefano Stramigioli adds that the School has become a great opportunity for its participants to learn about the key trends in their field of study and expand their fundamental knowledge in a short period of time.

“The Summer School was very well organized, and I’d like to note the great choice of location. The speakers are wonderful scientists and I’m glad to have been able to speak alongside them. For the students, this was a great opportunity to learn from the top experts. It is, of course, impossible to touch upon every possible subject, but it still allows young scientists to acquire an understanding of the basic, fundamental aspects,” says Prof. Stramigioli.

Students and young scientists who took part in SNAC-2019 spoke with ITMO.NEWS about what they learned at the event and how it will benefit their research.

I conduct research at the ITU’s Faculty of Aeronautics and Astronautics, but my work directly concerns control systems, which is why taking part in this event was beneficial to my work. I’m impressed by the choice of speakers: Professors Astolfi, Isidori, Ortega, Utkin – these are recognized specialists in their field. Some of the things discussed here were familiar to me, but getting to hear some of the complex material from the leading experts is a highly valuable experience.

I also know ITMO University as one of Russia’s top technical universities. Before coming to the School, I studied the university’s development strategy for 2020 and was impressed by the results of ITMO’s work.

My work concerns the control of a class of cyberphysical systems, such as manipulator robots, quadcopters, watercraft, and more. We have just been discussing which of the School’s material was the most useful. My thesis defence is tomorrow, and the subject of my thesis is directly related to the issues brought up by Alberto Isidori. It so happened that a reviewer recently pointed out an issue in my paper that was explained today. I plan to enroll in a PhD program in the future, and there is no doubt that I need to expand my worldview, learn about other fields of science, and choose my future research path.

I work with sensorless control, and namely manipulators. Our laboratory has a UR10 (the largest collaborative industrial robot arm produced by Universal Robots – Ed.), and yesterday we gave the others a tour of the lab. Earlier, Romeo Ortega had discussed the various adaptation algorithms, which was very useful. Dr. Ortega also provided some historical background, and it was interesting to learn how this field developed over time.