One's opinion on a subject constantly changes, and depends on the opinions of others, as well. Describing this process and studying the reasons behind it is a hard task. Exact mathematical models and methods for studying them would allow to not only forecast changes in public opinion, but also control it to some extent. An international group of scientists supported by the Russian Science Foundation got breakthrough results in this field. Those were recently published in the highly rated Science journal. 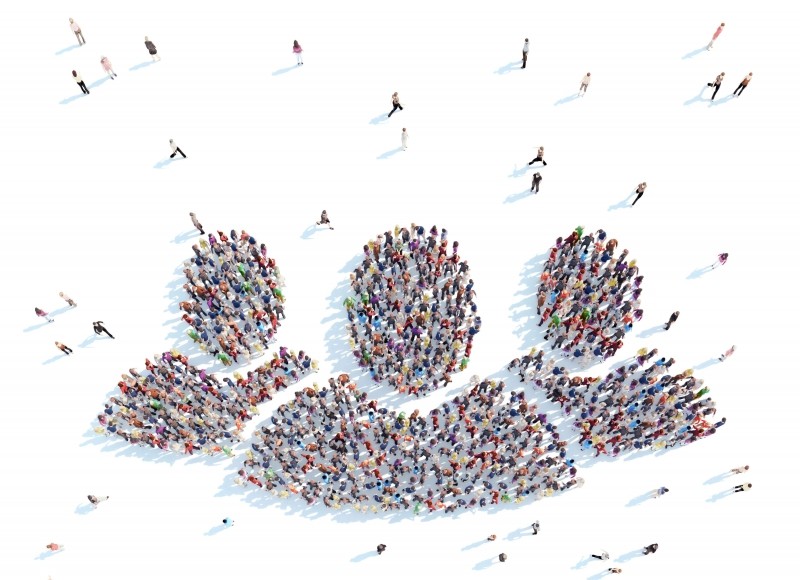 In their article, the scientists study a model of changing belief systems that describe individual's opinions on a group of related topics (objects, events, phenomena). If one's opinion on one of these subjects changes, it generally results in changes in opinions on all the subjects in the group. Two factors are essential for how one's opinion changes. First of all, this is the subjective logical connections between one's attitude to different topics that might not be related in reality. The other is one's sensitiveness to the opinions of others.

The scientists put forth a hypothesis that combining views on different non-related subjects into a common system can explain the phenomena of the short-term popularity of the Iraq War among the American public in 2003. They assumed that in 2003, after the Secretary of State Colin Powell's speech at the UN three ideas became interlinked in the minds of American citizens: Saddam Hussein has weapons of mass destruction in Iraq; these weapons will be used by international terrorists; this poses a threat to the USA. That's why invasion in Iraq started to be associated with safety concerns. Powell's speech instilled a belief system where belief in the first statement led to trusting the other two. The results of the computations for the model using random properties showed similarities with results from real sociological polls from the time of the start of the invasion.

"The novelty to this research is that we've elaborated a model that deals with dynamics of belief systems, not just separate beliefs. Constant unconscious changes of beliefs, opinions and attitudes take place in a human conscious so as to solve antilogies and avoid cognitive dissonance. We were one of the first ones to take account of the logical connections between different parts of belief systems. The results showed how these connections affect the dynamics of public opinions. And what's most important, we've done this using mathematical methods only", comments Anton Proskurnikov, the article's co-author and Senior Research Associate for the Andrei Ryibin's Fin Q Laboratory.

Does this mean that sociologists and data analysis specialists can now predict public opinions? And does this mean that there are ways to control people by imposing logical connections between different beliefs?

There's no decisive answer to that. It's not easy to understand the level of sensitiveness to other's opinions and the imposed logical connections in different people in a group. Also, we still don't understand how individuals unite into a network, or to which extent are they interconnected by it. Can changes in one person influence any member of his group, or only his close setting? There is an example in the article which shows that if there are some "stubborn" people in the group that don't change their beliefs, their opinions can become the common ones — given that certain requirements are met.

In mathematical terms, that means that one has to learn to "calibrate" the model — find the coefficients that correspond to particular social groups. That's the next task for scientists who work on modeling of social dynamics. Modern software that has to do with analyzing Big Data can be of help here.

"If one has enough data on the system's dynamics — i.e. the properties of the model, one can elaborate algorithms for controlling public opinion. Surely, the model itself will have to be reworked taking account of multiple external and unidentified factors that affect different processes in the society", comments Anton Proskurnikov.

The other scientists who participated in the research were Noah E. Friedkin from the University of California, Santa Barbara, Sergey Parsegov from the Institute of Control Sciences and Roberto Tempo from the Institute of Electronics, Computer and Telecommunication Engineering of the National Research Council of Italy (CNR-IEIIT).