Scientists Design a Computer Simulation of a Human Artery

Researchers from the Netherlands and Russia presented a concept of the Virtual Artery. According to the scientists, a new multiscale computer model of the human artery will combine several sub-models of cardiovascular system at different complexity levels. The developers believe that such a detailed model can lay foundation for a deeper study of vessel pathologies and become an alternative to animal tests in pharmacology. The study appeared in Philosophical Transactions A. 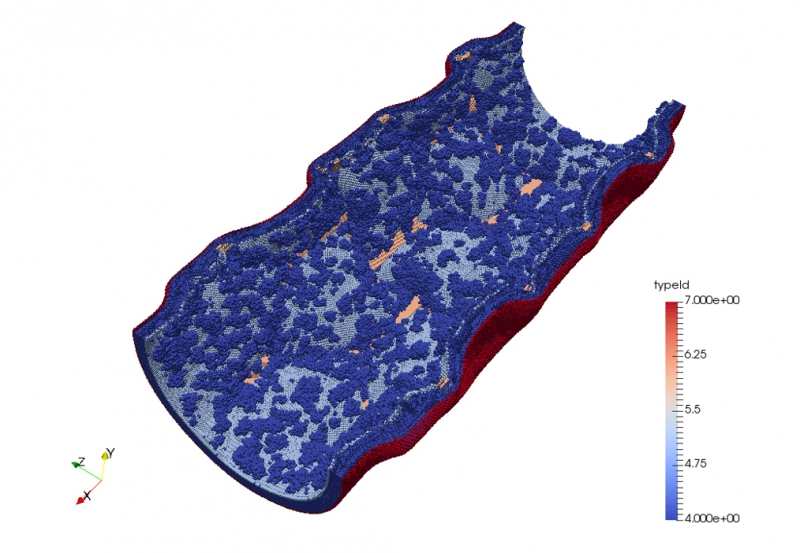 The design of Virtual Artery comes from the intersection of biology, chemistry and physiology. Combining these ingredients makes the model truly valuable, but at the same time presents a rather tricky challenge. Now researchers from the University of Amsterdam and ITMO University designed a computer model that can simulate the entire workings of blood vessels. To create a virtual artery, the scientists proposed a combination of multilevel models of cardiovascular system and showed how they can interact with each other.

In the study, the scientists note that most sub-models required for Virtual Artery already exist. Some of them are currently undergoing pre-clinical trials. However, many computer models still poorly agree with experimental data, which prevents researchers from combining sub-models into a full-fledged virtual artery. This is the challenge that scientists are struggling to solve now. One of the potential applications of Virtual Artery is testing new drugs and surgical techniques. "The medical industry and society as a whole are interested in reducing the amount of animal experimentation," explains project supervisor Alfons Hoekstra, professor at the University of Amsterdam and ITMO University. "Besides other, our goal is to create a tool that will provide an alternative to such tests and enable scientists to develop drugs without inflicting any harm on any living organisms. And maybe even reduce the role of human trials. We hope that the new collaboration with ITMO University and Almazov Medical Center will bring us closer to this goal."

The future virtual artery will be partly based on a model of unwanted tissue growth inside the artery after placing a stent — an expanding frame that surgeons insert into vessels of patients suffering from stenosis. This disease develops when one or several parts of an artery become narrowed, which can lead to serious health complications, including heart attack or stroke.

Stent implantation is not always successful. "Our model will help understand why in some cases tissues start to grow too much through the stent, causing restenosis and a recurring narrowing of a vessel," says Pavel Zun, researcher at High-Performance Computing Department of ITMO University. "Simulating this process, we learned how to model cellular growth in arterial walls, stretching of the vessel by the stent and stent drug penetration into tissues."

A full-fledged virtual artery, according to the scientists, will help study a wider range of cardiovascular diseases by combining several multilevel models. At the first level, the developers imitate common body blood flow. This model is one-dimensional and quite rough. Going deeper, they reach a three-dimensional blood vessel model. At the deepest level, they deal with interactions between cells within the arterial wall. Thus, step by step the researchers come to simulating complex natural processes.