Machine intelligence has a radical effect on various aspects of the human way of life – from business management to creative work. On August 24, at the Future in Tech: What’s Next conference in Moscow, Sergey Paranko, Media Ecosystem Development Director at VK, spoke about how the entertainment industry will change in the next five years and how that is connected to machine intelligence and social networks. 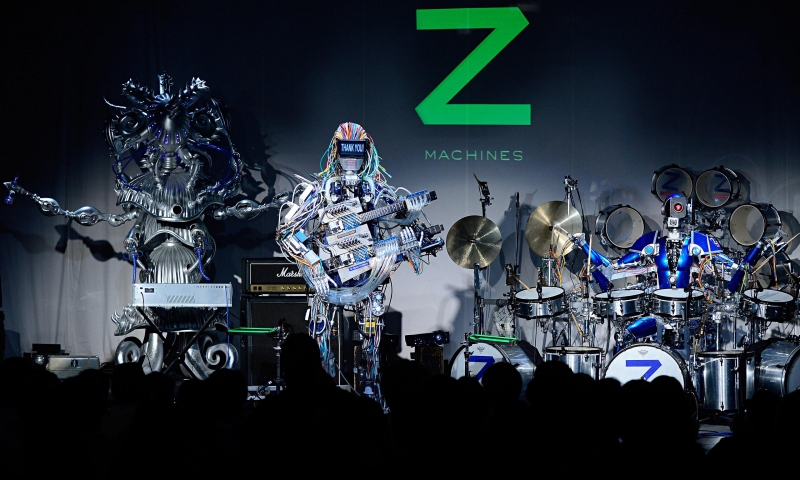 Those who have been keeping an eye on the field of machine intelligence in the recent years have probably noticed a slew of news about the successes of generative algorithms that take part in writing competitions (and win them!), write lyrics and music – the Mubert algorithm generates personalized music according to users’ preferences – and draw paintings; all this might make a creative person feel displaced. Still, this is no cause for despair; the future looks promising for the creative types, claims the speaker.

Before starting at VK, Sergey Paranko spent a few years as the editorial director at Mail.Ru Group. As he explains, in 2014 the media community had gone through a similar process. Generative algorithms, at that point, had written about a billion stories and journalists started to feel a bit of pressure. In Russia, the Yandex company had demonstrated success with an algorithm that was able to write articles about weather, traffic, currency rates and the like. Classical journalism ended up in a competition with robot journalism on the one side and with emerging social networks on the other. The latter birthed the phenomenon of “citizen journalism”  - the product of the environment where nearly everyone has access to a camera and social media. “Journalism came out of this situation reborn and renewed. We came to understand that all these things are tools. Robots will assume the “lowly” functions, write small stories and help us focus on what’s important – telling a story. In the same way, generative algorithms will help creative people do the small things – like writing the backing track for a musician,” – explains Sergey.

What of citizen journalism? The media has simply started to use that content to add flavor to their material. News gets published with links to the sources. Nowadays, editorial offices don’t wait for photo agencies to deliver the first pictures – they go straight to social media because they know it’ll already be there. Spontaneous citizen journalism has become an instrument of regular journalism and allowed the latter to focus on what matters – fact checking (as witnesses themselves rarely check their own information).

A hundred years ago we’d learned to record our creativity using a variety of mediums and entertainment became truly global. At the same time, the global entertainment industry formed itself. The ability to record a singer’s performance onto vinyl, tape and other carriers has created a worldwide content distribution system. One feature of this industry was the “bottleneck” it created. That bottleneck, in turn, was corked by gatekeepers – people who had the final say on whether or not someone had the talent to become a part of their business process and bring in profit. This field of work turned out not to be for everyone and the technological threshold for getting in was quite high – making a movie or recording a song and then publishing it on one’s own was nearly impossible due to complicated logistics.

This system used to work like this: creator -> gatekeeper -> logistics (distribution + audience + money). The gatekeeper would determine one’s chances of success, the time they get to spend on stage/screen, etc. However, the advantage of this system was that it ensured that the creators who were part of it would end up with money they earned for their work. “Internet had changed this. With the development of social media, the threshold lowered and the bottleneck “expanded”, as there appeared a way for authors to reach their audience without the need for go-betweens. Duran, Jan Khalib, Noize MC, Scriptonite – these guys all got big through VK. A Western example is that of Justin Bieber, who got big on YouTube and only then achieved an offline career. Internet gave everyone their 15 minutes of fame; making a track is easy; taking a picture and sending it across the planet is easy. The interconnectedness of the modern world makes things go around the world in the matter of seconds. But there is a flaw in all this,” – says Mr. Paranko.

Internet has let authors reach out to the world. However, this only works on platforms with large audiences, and eliminates an important element of the process – money. The issue is that there is barely any money to be found in such a scheme for the creators. A YouTube video that has a million views will bring its creator a measly 160 dollars – far from enough to stay afloat.

“We live in a world that’s a bit broken, in which an audience of million people can’t supply a creator with enough money to continue working on their content. People leave the stage, they stop painting and go into other jobs that allow them to live a life. It’s time to fix this. We now know how to fix the industry, what mechanics to add to platforms with large audiences,” – he explains.

The solution here is machine intelligence. Its role in the new “creative renaissance” is to provide creators with the right audience. Online platforms with large userbases are a great source of Big Data for such intelligence to learn from. The programs can then help authors find their fans all over the world. After all, if you’re not a mainstream artist, you don’t even need a million fans.

Before machine intelligence, it worked like this: artists would stream their work to a mixed audience – a large number of people the majority of whom are likely not interested in what they’re seeing. Now, anyone can try and find their own, relevant audience – their 5,000 people who, even if they contribute just 1 USD a month, can supply the author with a monthly salary of 5,000 dollars – more than enough to live and work in comfort. In addition, machine intelligence can bring creators closer to those who will truly appreciate their work. The new system is to look like this: creator -> machine that finds a relevant audience –> an audience that can be talked to and which pays and truly understands the product they’re consuming. Thus, creative work will once again become respected and promising.