Seen in the image below are samples of bacterial biofilm based on Escherichia coli, or E. coli for short, which have been grown on the surface of a nutrient gel covered with various polyelectrolytes. 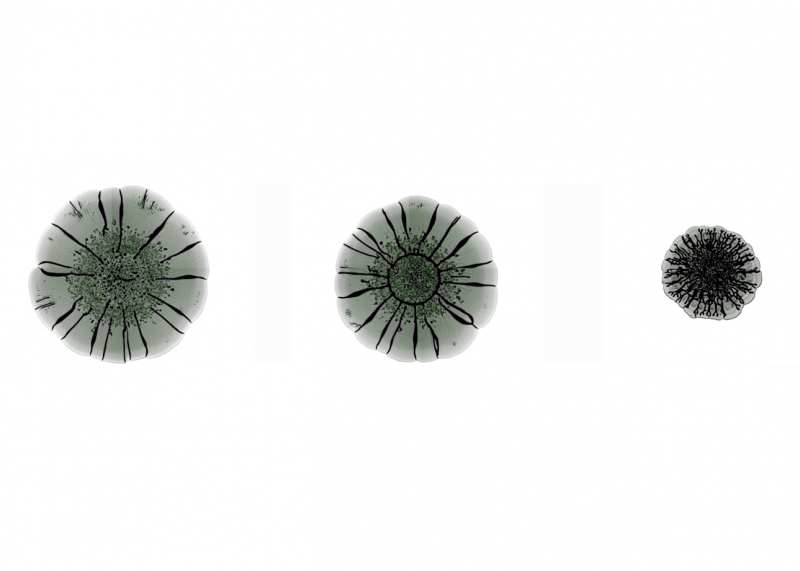 In the future, such research will help develop ways to prevent their formation and facilitate their removal. In addition, biofilms produced by nonpathogenic microorganisms can be used in the development of dynamic biological materials.

A series of experiments on growing E. coli in a special transparent incubator installed on the object table of a stereoscopic microscope was conducted with the goal of performing macroscopic spatiotemporal characterization of the geometry of microorganism colonies. Images of the biofilm samples were taken once every 30 minutes for five days.

The research was carried out by the Infochemistry Scientific Center within the framework of a project on the development of smart materials for bacterial film programming and in collaboration with the Max Planck Institute of Colloids and Interfaces (Germany).