I presented my first research findings at the “World of Science” conference, could be the words coming from a major scientist in 10-20 years. Inspired by biodiversity and the world around us, over 50 middle and high school students participated in the conference this year and studied fauna, flora, humans and other fascinating subjects. 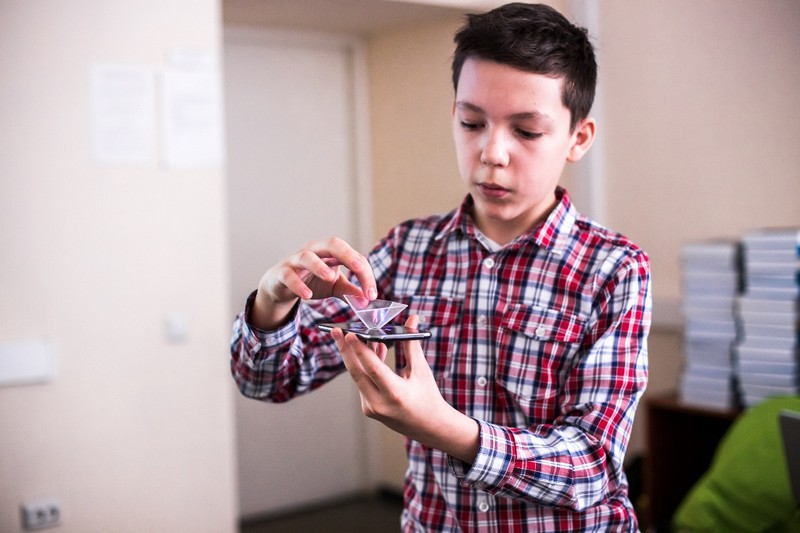 The conference has been around for several years but in the past it was called “Nanoindustry and Technologies of the Future”. In 2016, it moved to ITMO University and was divided into two sections: exact sciences and biotechnologies.

The conference shares its name with the new science education center at “Lakhta Center,” according to the conference’s organizers Angela Andreeva, deputy dean of ITMO University’s Natural Sciences Department. Spanning 14,000 square kilometers, the new center will be divided into a science education area and an edutainment space featuring a science show, a media library, etc. The goal is to nurture the love for science and technical careers in secondary school students.

The same goal is pursued by the conference, which this year attracted many students as young as 12.

“Such events are vital,” said Sergei Stafeev, dean of ITMO University’s Natural Sciences Department. “It’s great that so many students of fifth through seven grades participate. If we don’t interest them in science now, it will be too late. If a child who is learning about the world around him understands at this age that he or she likes carrying out experiments to discover new things, they will take this healthy curiosity through childhood and into his college student career. It’s too late to motivate a high school student who has already established priorities and values."

The topics presented showcased that all sorts of things can spark a child’s interest. Younger scientists studied the daily life of pigeons, the influence of computers and gadgets on humans, holograms, and new ways of fishing. High school students preparing for college discussed algorithms for square roots, Penrose mosaics and other complex topics.

Eight-grader Zakhar Rusinov was inspired by a “chameleon” mug that changes color depending on temperature.

“Such mugs use thermochromatic coating,” he said. “I was curious about how it works. It could be applied in submarines for signaling changes in temperature because of a fire, for example.”

The first place in “Exact Science” category went to a six-grader Lubov Redkina who tackled the topic of cosmic pollution.

“This year marks 55 years since the first human flight into space, so I just decided to dedicate my research with this topic,” she said.  “We need to deal with the issue of space debris as soon as possible before it adversely impacts the whole of humanity.”

Ms. Redkina created an interactive educational game in which you need to collect as much rubbish as possible and avoid the "fire" of asteroids. She used the Scratch platform to publish her work. In the future, the young researcher plans to enlist the help of her scientific advisor to translate the game into English and to make it more interesting and complex.