Institute of Refrigeration and Biotechnology Turns 85 This Year

The Institute of Refrigeration and Biotechnology (IRBT) at ITMO University turns 85 this year. The scientists and researchers at the Institute have learned to develop unique technologies for refrigeration systems and innovative solutions in response to the demands of the food industry. Today IRBT continues to collaborate with enterprises in both education and science, despite the challenges facing manufacturing in Russia. Alexander Baranenko, the Director of IRBT has explained in an interview what kind of R&D is carried out at the Institute, what impedes the growth of the Russian refrigeration and food industry and what changes are destined to occur in this industry in the future. 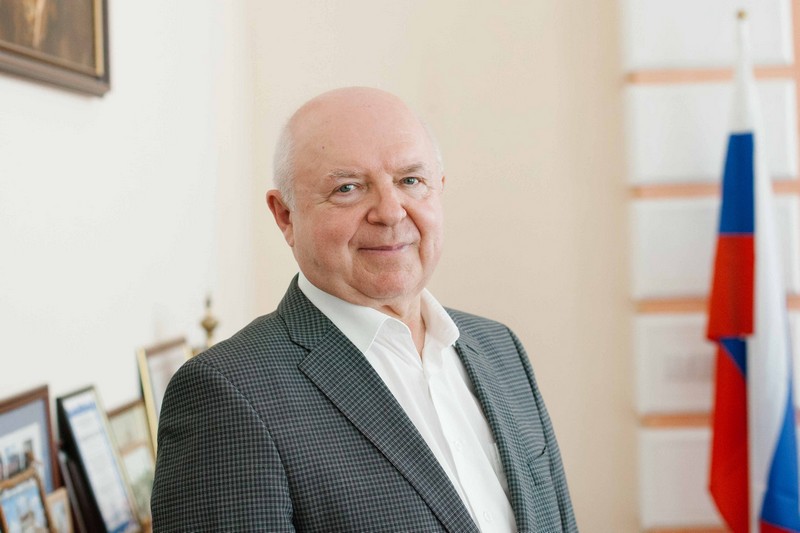 Mr. Baranenko, how would you describe the key developmental stages in the 85 year history of the Institute of Refrigeration and Biotechnology?

The Institute was established as a School of Mechanics and Technology in 1931 on the basis of the Imperial Commercial Technical School. The school was one of few institutions that survived the Great October socialist revolution. Before the revolution its graduates focused more on work in the food industry, including food preservation. It was already clear at the time that artificial cold was necessary for food preservation.

In 1953 the Institute was renamed to Leningrad Technological Institute of the Refrigeration Industry after merging with another local Institute, and was known by this name across the Soviet Union. It became one of the leading institutes in the country in training refrigeration specialists.  In 1999, the Institute achieved the status of a university and was called St. Petersburg State University of Refrigeration and Food Engineering until it joined ITMO University in 2011. How did joining ITMO University affect the work of the Institute?

Joining a larger university was inevitable. The last decade saw a crisis in Russia as the number of high school graduates began to decline and, thus, so did university admission. Medium sized universities such as ours had to join larger universities and thus we joined ITMO University, as it is the leading University of the country in several fields of science and education and it also has the status of National Research University. This has given us an opportunity to work with ITMO’s scientific centers, we receive more funding, we have an opportunity to attract more quality students, and we have an increase in the number of postgraduate students applying. This has all given the institute a new impulse for development.

Through increased funding, we are able to conduct scientific research at a higher level, with new modern world-class equipment. A new vision of possibilities has opened before the institute as it has allowed us to think about preparing highly qualified engineers and scientists who are able to keep up with new skills for solving the challenges of today and contribute to the progress of our country. Where do the graduates of the institute usually work?

In the last 85 years, over 50 thousand specialists from around 20 countries have graduated from this institute. The Soviet Minister of Meat and Dairy Industry, Sergei Antonov, his two deputies and many other prominent people were graduates of the institute. The Vice-President of "Gazprom" Andrei Kruglov is also a graduate of the university.

Students and graduates from the university work in over 200 companies in Saint-Petersburg, associated with air conditioning. In Russia there is a shortage of specialists in the food industry and in the field of refrigeration technology, so our graduates are in great demand. Before graduating, they often already have a job lined up with an excellent salary. Also students at our university study English at a professional level, and knowledge of a foreign language is a great competitive advantage in the labour market, so after graduation they often find high-paying jobs in foreign businesses.

What key research is carried out in the Institute?

As part of Project 5-100, the Institute established five international scientific centres. Research is carried out on such topics as R & D of systems with a highly efficient thermodynamic cycles, direct energy conversion, new materials and nanofilms, biotechnology of the third millennium, fundamental phenomena in multiferroic micro - and nanostructures. At the Chair of Electrical and Electronic Engineering research is being conducted in the field of nanostructured thermoelectrics for power generation aimed at R & D of new materials and study of their electrical properties over a wide temperature range. This work is carried out together with the Ioffe Institute. In particular, we study the possibility of thermoelectric efficiency improvement based on chalcogenides of bismuth and antimony by creating three-dimensional nanostructures with controlled properties. Also research is conducted in the field of theoretical analysis of temperature regimes of a spark plasma sintering (SPS) and the possibility of creating a highly effective generator from new generation material. In addition, the scientists work on the creation of nanostructures on the basis of the silicide germanium and transition metal silicides for thermoelectric generators. The research involved scientists from Korea, Mexico, Singapore, USA and France. The research results can be used in the production of electronic equipment, thermal stabilization of optical instruments, in space technology.

Our scientists carry out research in the field of the theory of refrigeration equipment, thermal insulation of cooled structures, study the possibility of using them for cooling renewable energy sources and increasing the efficiency of refrigeration systems. The Institute established a scientific base in the field of cryogenic technology. Another area of research was the development of solid state chillers on ferroelectrics or ferromagnets. The Institute continues to conduct research in the field of food production and technology. For example, the equipment created by our scientists, enables us to process raw materials with minimum resource consumption and minimum waste. Those working in the international centre "Biotechnologies of the third millennium" work on developing the biotechnology of food ingredients, biologically active substances and biological products and health food products as well as their application, a study of the types of refrigeration and storage.

Altogether, the volume of R & D at the Institute from 2010 to 2014 has increased from 15 to 123 million rubles. About 350 scientific articles are published annually. The number of publications in journals, indexed in Scopus and Web of Science also significantly increased during this time, with nearly 80 articles published in these journals in 2015. The plan is to increase this figure to 200-250 a year.

What are some of the challenges facing representatives of the refrigeration industry in the country?

Regarding refrigeration, we haven’t been able to release much of our own equipment in the country, and it’s mostly imported from abroad. In Russia there are companies that put together cooling units using imported equipment but there is no domestic production of the necessary components. Heat transfer equipment is available, but, for example, compressors for industrial refrigerating systems are barely produced in the country.

The main task is to find investors willing to invest in the development of the refrigeration industry. Our Institute is currently working with a company which intends our part to start production of industrial refrigeration compressors in Russia. In this case, our partner plans to localize production in the country.

At the end of the day, it is research and science that allows us to create new equipment, but average and small companies have little incentive to invest in science. Thus, the lack of research funding has led to a reduction of the scientific potential of our country in this area. And what about the development of the food industry?

The situation is similar. Almost 80% of food products in Russia are produced by enterprises with completely foreign assets. These enterprises are equipped with foreign supplies; the production is based on the foreign technologies and utilizes foreign components. The owners are not motivated to invest into Russian science: they do R&D outside of the country. At the same time, the tendency of establishing large international corporations is still very popular. Considering this, the Russian food producers face troubles with sales, as they have to compete with larger and more well known international corporations.

Has the demand for products’ quality changed lately and can Russian industry meet this demand?

Because of the economic crisis the citizens tend to buy cheaper products, and this sets a trend for the producers. Unfortunately, a lower price does not mean a higher quality. As the producers follow preferences of the consumers, we shall promote improvement of our nutritional culture and our environment. There is lack of encouragement for a healthy life-style. The system of sanitary and epidemiological control requires further improvements as well, especially with respect to recycling. Could you predict the spheres of work of specialists in refrigeration and food industry in 10-15 years?

According to the estimates of International Institute of Refrigeration, headquartered in Paris, refrigerating appliances consumes 17% of the world produced electrical energy, and this amount is predicted to grow up to 25% in 15 years. At the same time energy efficiency of refrigerating appliances is increasing! We need to think how to reduce the energy consumption even further. Refrigeration is a very promising scientific sphere. For instance, in cryogenics there is a lot of aspects worth further research, such as physical processes that take place at zero temperature.

The population will grow up to 9 billion by the middle of this century, and production of food products will increase by 70%. Biotechnologies will keep developing and enabling recycling and production of higher quality goods. For instance, nutritionists will be able to create certain types of  food according to a person’s genotype.

Does this mean that collaboration of scientists in food technology, biotechnology, medicine and genetic engineering will grow?

What are some expected evolutionary changes in refrigerator industry?

It is hard to predict. In the household refrigerator industry compressor refrigerating machines will be replaced by solid-state coolers. Already now there are thermoelectric, electrocaloric, magnetocaloric coolers, and large investments are channeled into it. So far they are much more expensive than traditional compressor refrigerators.