Chemists from Russia and Switzerland created biosafe luminescent nanoparticles for imaging tumors and blood vessels damaged by heart attacks or strokes. The particles are made of hafnium oxide that can be used for intravenous injections, and doped with ions of rare earth metals. Scientists hope that their invention will become an alternative to the toxic quantum dots, and allow getting images of deep tissues without harming the human body. The study was published in Colloids and Surfaces B: Biointerfaces journal. 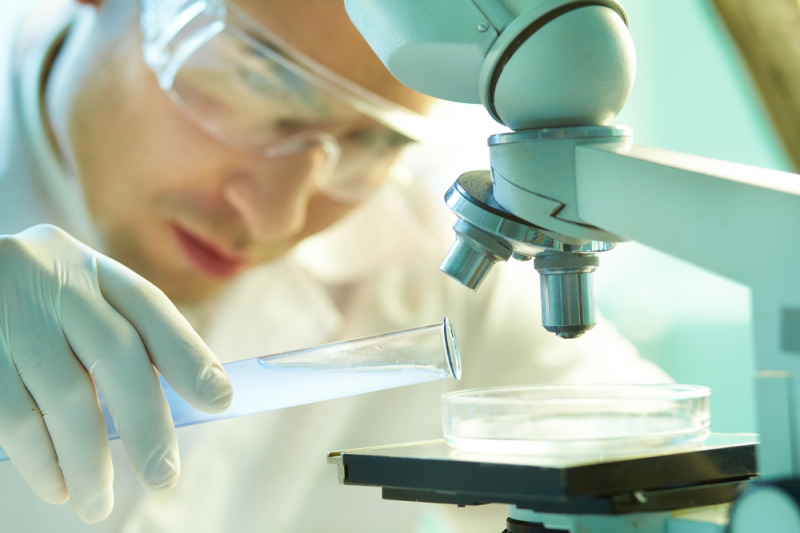 Scientists from ITMO University (Saint Petersburg) and ETH Zurich (Switzerland) aim to develop a safe method to visualizing cancer tumors and damaged blood vessels in heart and brain. They’ve developed nanoparticles that can emit visible light under ultraviolet and blue excitation that can be used as contrast agents in imaging internal tissues.

Organ imaging is not informative without suitable markers, however, all optically active substances that are used today have significant drawbacks. There is no multipurpose organic agent, also, organic agents rapidly disintegrate in the body; as for semiconductor nanoparticles called quantum dots, those are very toxic. Even though they have unique luminescent properties, because of their hazardous effect on living organisms, these particles can only be used in vitro.

According to ITMO scientists, the newly developed markers don’t have these drawbacks and can replace quantum dots in the future. The new nanoparticles are made of hafnium oxide doped with ions of rare earth elements, particularly europium and terbium. Rare earth elements provide for the high luminescent properties of the particles, while hafnium oxide acts as a transparent matrix.

Hafnium oxide is bioinert; in 2015, FDA included this substance in the list of oxides that are approved for invasive use. Some forms of iron and aluminum oxides are also allowed for intravenous injection, yet, unlike hafnium, they absorb too much light and weaken the luminescence.

In addition, hafnium and rare earth metals have atoms that are close in size, so the chemists managed to keep the oxide’s crystalline framework after replacing some of the hafnium ions with ions of rare earth elements. This allowed the scientists to give the desired optical properties to the nanoparticles, as well as prevent their sedimentation in biological fluids of neutral pH.

The sediment particles can accumulate in cells and block blood vessels. "We could not cover nanoparticles with a stabilizer, because it would reduce the quantum yield," shares Aleksandra Furasova, the first author of the article and research fellow at ITMO’s International Laboratory "Solution Chemistry of Advanced Materials and Technologies" (SCAMT). "That is why we doped hafnium oxide with rare earth metal ions. Firstly, they charged the surface of the particles, which stabilized them in biological fluids. Secondly, by introducing different rare earth elements, we’ve learned to shift the luminescence spectrum. For example, particles with terbium emit green light, and particles with europium — red. Such adjustments will be useful for solving specific tasks."

As rare earth elements still have some level of toxicity, the researchers checked their effect on blood plasma and cell cultures by adding large amounts of particles to biological samples. It turned out that the particles are stable in blood and do not change its consistency, and due to rare earth ions being strongly bounded in hafnium oxide, they do not harm cells.

Anna Fakhardo, a SCAMT researcher, adds: "For three days, we watched the life cycle of cultivated lung fibroblasts and mesenchymal stem cells, and noticed no toxic effects caused by neither pure nor doped nanoparticles of hafnium oxide. That means that they can be potentially applied in medicine."

In future, the scientists are going to use nanoparticles of hafnium oxide not only for imaging, but for tumor therapy, as well. Like all atoms of heavy elements, when under X-rays, atoms of hafnium and rare earth metals ionize surrounding water molecules that turn into the so-called free radicals and begin to kill neighboring cells. This method of cancer treatment is used by few foreign companies and cannot compete with chemotherapy in price, but is supposed to be more harmless, as it allows treating tumors — even brain tumors — locally.