Scientists from ITMO’s Department of Food Biotechnology (Vegetable Stock) together with colleagues from St. Petersburg Institute of Experimental Medicine, and St. Petersburg State University’s Department of Biology are currently working on a functional beverage enriched in biologically active components which can beat alcohol addiction. The project is coordinated by Sergey Eresko, a Master’s student at the Department of Biology at SPbU. According to the developers, the beverage is enriched with plant components, which help to reduce ghrelin levels, and thereby suppress alcohol cravings. The team is going to first test the beverage on animals, and then produce a pilot batch. 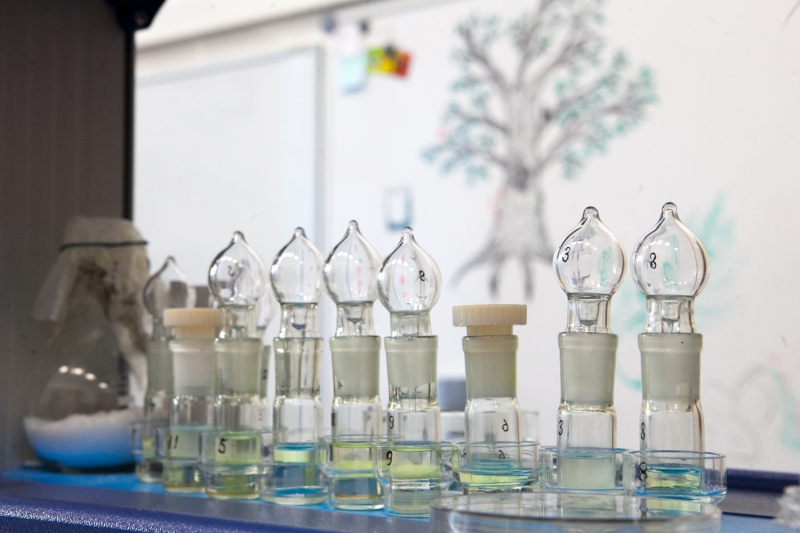 What do hunger, excessive gaming, and alcohol addiction have in common?

Ghrelin, also known as a “hunger hormone” is responsible for feeding behavior, as it tells your brain when to eat by stimulating GHSR1A receptors in the hypothalamus. That’s why many scientists believe that there is a strong correlation between ghrelin and obesity.

A few years ago, scientists from The Scripps Research Institute found out that ghrelin can increase the activity of neurons responsible for alcohol addiction. The results of their research were published in the Neuropsychopharmacology magazine.

The results indicate that ghrelin plasma levels of alcoholic patients are significantly higher compared to those of healthy people. That is, the more ghrelin your body produces, the more you want to drink alcohol.

Elisabet Jerlhag and her colleagues from the University of Gothenburg also found out that there is a correlation between ghrelin and alcohol addiction. The researchers managed to stave off alcohol cravings in mice by blocking ghrelin signaling.

Scientists from St. Petersburg Institute of Experimental Medicine are also conducting  research on the effect of ghrelin on alcohol intake. They managed to prove that the reduction of ghrelin levels can suppress alcohol cravings.

“As far as we know, alcohol triggers the reward system, associated with many peptide hormones, including ghrelin. In our research, we found out that ghrelin not only stimulates the reward system, but is also required for stimulation of this system by alcohol. So if we reduce ghrelin levels, the rewarding properties of alcohol will reduce, too, which can possibly help to stave off alcohol cravings”, explains Marat Airapetov, a research associate at the Institute of Experimental Medicine, “Besides, other research indicates that it’s not only alcohol addiction, but also excessive gaming and obesity, that can be cured by reducing ghrelin levels”.

What is more, early abstainers showed significantly higher ghrelin levels than active drinkers, added Sergey Eresko, a Master’s student at the Department of Biology at SPbU. That’s why it is so hard for many people to quit drinking.

“Ghrelin levels are elevated in alcoholism and further increase during alcohol withdrawal. This, in turn, triggers the processes leading to stronger alcohol cravings”, said Mr. Eresko. “That is, ghrelin functions as a mediator, which triggers other systems responsible for alcohol addiction”.

The researchers decided to produce the product in the form of a drink, as it is the most effective, shared Natalia Matveeva.

The beverage should be, first of all, safe. According to Marat Airapetov, there are many chemical medical drugs for alcoholic patients. But these drugs are generally extremely toxic and difficult for patients. The purpose of the project is to come up with natural biologically active components that would have a mild effect. The developers of the project decided to use medicinal plants, which help to reduce ghrelin levels, and thereby suppress alcohol cravings.

“A lot of research indicate that medicinal plants can be used effectively when treating alcohol patients”, comments Sergey Eresko. “We found out that there is a plant called Hoodia gordonii, claimed to be an appetite suppressant. It also suppresses alcohol cravings by decreasing the levels of ghrelin”.

The functional beverage will contain the extract of Hoodia gordonii. The team is now working on other ingredients of the product. Then they are going to test the product on animals for potential toxicity and efficiency. When the experiment phase is successfully over, the scientists will certify the product.

“We have already reached some results. It became possible thanks to our mutual effort”, comments Natalia Matveeva. “We are now at the final stage. We have already investigated its properties, both organoleptic and physicochemical. Our next step is testing it on animals, and then on volunteers, and producing a pilot batch. Besides, we have already conducted a survey, which proved that there are many people interested in our product”.

According to Sergey Eresko, representatives of social centers have already expressed interest in the product. It is these organizations, as well as specialized clinics, that can act as the product’s distributors. Sergey Eresko is now going to apply for a scholarship to the Foundation for Assistance to Small Innovative Enterprises and launch a startup.