American scientists from the Oregon State University studied cats’ attachment to their owners. Some time before, the specialists had already come to the conclusion that dogs and small children have similar attachment to their close ones, but cats’ behavior is quite different: they are more independent. The article’s authors conducted an experiment to tell whether cats can love as strongly as kids or dogs. 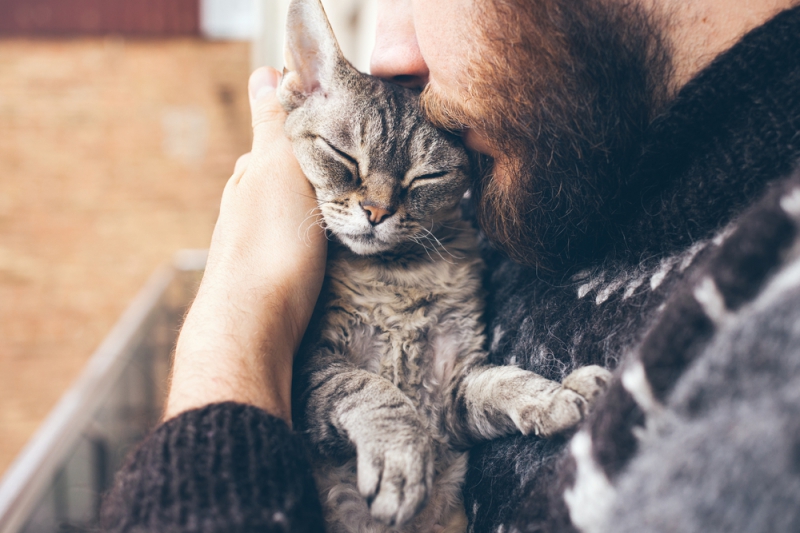 Cold on the outside, kind at heart

Most people think that cats, as opposed to dogs, don’t need as much petting; they can live by themselves and they don’t need a master in order to enjoy themselves. Still, the reality is different from this hypothesis. Cats get attached to their humans much like dogs and little children do - the difference is that all cats need to feel secure is to look at you while little kids and dogs require contact.

In order to study how cats relate to people, Kristyn Vitale and her colleagues from Oregon State University invited 79 cat owners to participate in a test. First, the animals stayed with their owners, then they were left alone and after that owners returned to the room where they stayed; the whole test took six minutes.

The scientists monitored the behavior of kittens and identified several levels of attachment based on the results. They considered the attachment secure if kittens let their owners hold or pet them, came to their owners and tried to keep close. In cases of ambiguous attachment, the animals could stay near their owners, try to follow them when they exited the room, but didn’t like it when they held them. Insecure attention meant that animals didn’t resist contact but were also quite indifferent when their owners left the room or returned.

In the authors’ opinion, these results show that cats can develop various types of attachment to people who take care of them. In this sense, they are similar to dogs and little children.

“Much like dogs, cats show social flexibility in regards to their attitude towards their owners. Most cats develop a secure attachment to their owner and when in an unfamiliar environment, they turn to them seeking security,” explains Kristyn Vitale.

What’s more, the scientists suggest that developing attachment to owners has become one of the forms of adaptation to life in an anthropogenic environment and is an essential part of evolution. So cats that “walk by themselves” are likely a myth that does not account for the specifics of domestication.