The International Research Center for Nanophotonics and Metamaterials in alliance with Swiss Federal Institute of Technology in Zurich (ETH Zurich) launched a joint project. The international researchers will spend two years to develop a new biological detector using nano antennas to analyze cell structure and other biomaterials without damaging them. 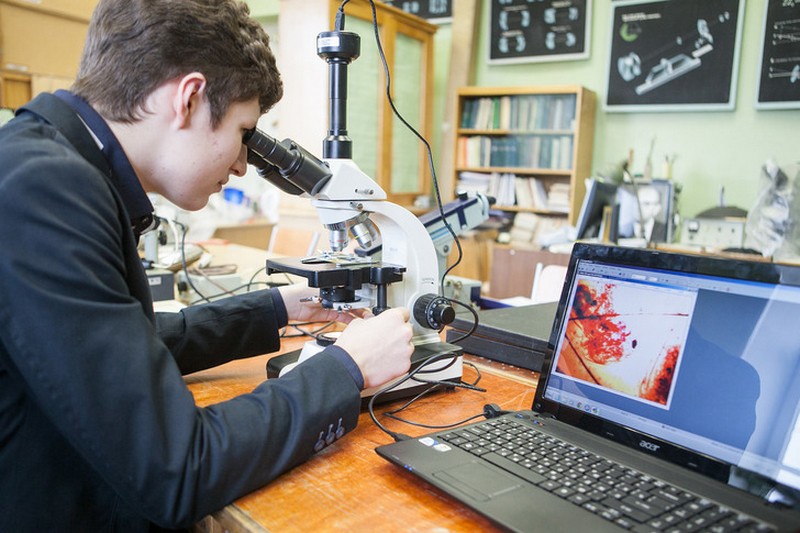 The researchers of ITMO University`s center have extensive experience in developing nano antennas. Currently they aim to use this technology for analyzing biological objects by means of optical signals.  Using it one can detect the smallest objects like a cell.

“We aim to apply optical methods for visualization of bio objects. There are different ways of analyzing living tissues, for example, MRI and x-ray scanning. However they are not safe and portable. Using the optical method one affects tissues slightly. Nowadays photonics gives an opportunity to visualize cells, microbodies and    also differentiate objects that are smaller than light wavelength. It is possible thanks to fluorescent proteins inserted in analyzed biological objects,” said Mikhail Petrov, researcher of The International Research Center for Nanophotonics and Metamaterials of ITMO University.

“It is very competitive field nowadays. The main advantage of our Canter is an extensive experience in researching dielectric antennas; we know how they work and how to manage them. Now we try to apply our skills for other areas such as bio-chemical detecting,” said Mr. Petrov.

ITMO University researcher also noted that his team has developed various methods and technologies but at the same time it had no required facilities. This project supported by financial Russian-Swiss target program is the base for further development. Furthermore ETHZurich is one of the most prestigious universities with high ranking positions according to THE and QS rankings. Cooperating with its` researchers, Russian specialists are going to make great strides in science.

In two years the researchers plan to increase a resolution of microscopy. A resolving power of modern devices for membranes analyzing is about 100 micrometers. This research will give an opportunity to double it. It is also planned to commercialize the new type of bio detectors applying them for biological research projects.

“We want to make others sure that matasurfaces open new horizons for science. They serve as base for new devices called labs-on-a-chip that provide high-efficiency screening,” commented on Mikhail Petrov.

The expert also underlined that International Research Center for Nanophotonics and Metamaterials of ITMO University initiated a Master`s program “Metamaterials,” which offers students to contribute to the international research project.