Anna Hurshkainen, PhD student and researcher at Chair of Nano-Photonics and Metamaterials, talked about her joint project developed in alliance with colleagues from University Medical Center Utrecht. The researchers work on metamaterials that upgrade quality of magnetic resonance images. Ms. Hurshkainen together with other authors have published an article in Journal of Magnetic Resonance. She also took part in three-month internship in the Netherlands and prestigious international conference. 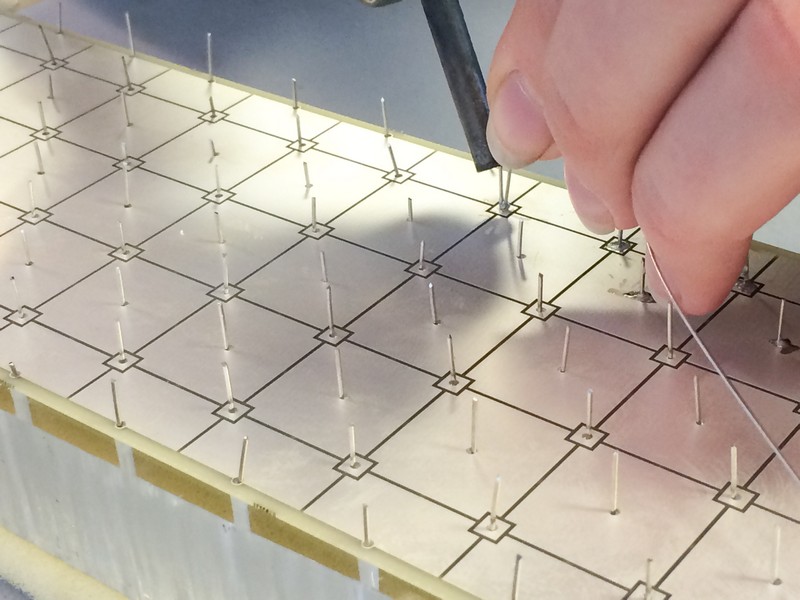 During the internship in the Netherlands Ms. Hurshkainen worked on upgrading of MRI devices` transmitting-receiving antennas so as to prevent after-effects unpleasant for patients and physicians. A signal received by these antennas is an echo caused by exited hydrogen atomic centers of a body or item analyzed by the device. It results in an image of body internals. According to Anna Hurshkainen, current MRI research projects have the following trend – increasing of   static magnetic field of MRI devices. The main reason of this tendency is increasing of signal-to-noise ratio while moving from low-field to high-field MRI devices. Alongside with increasing of static magnetic field of MRI device its` resonance frequency also increases. These two factors provoke after-effects that spoil image quality.

“This kind of MRI analyzing results in unclear image of internals. Despite the fact that resolution power can be increased, it will not improve quality of an image – some parts of it will be clear while others will be washed-out. Currently researchers try to solve this problem. However they meet the following problem: while increasing of magnetic field, specific absorption rate of a human body also increases. It may lead to heating of body parts. It means that we should try to make high-field MRI devices not only effective, but also safe,” noted Ms. Hurshkainen. According to Anna Hurshkainen, antennas used in MRI devices work all together as opposed to in isolation from one another. Their structure looks like a grid. On the one hand, it positively affects resolution power and decreases disbalance of magnetic field inside an analyzed object, but on the other hand, closeness of grids provokes some problems. There are strong electromagnetic coupling between them that provoke jamming and decrease power efficiency of antennas.

ITMO U scientists at International Research Center “Applied Radio Physics” headed by Irina Melchakova, develop metamaterials that thanks to their specific features decrease electromagnetic connection between antennas. These materials are called mushroom-like two-dimensional structures. Despite the fact that they are well-known, nobody used them for developing MRI technologies. For instance, dipole antenna was created long time ago, but only around eight years ago Alexander Raymaykers, with whom Anna Hurshkainen worked at UMC Utrecht, offered to apply them to MRI.

Almost right after visiting the Netherlands Ms. Hurshkainen visited ISMRM Conference in Singapore. Apart from round tables the researcher took part in an international school, which included workshops and seminars. She also presented her project at a poster session. Ms. Hurshkainen talked her colleagues about an unusual effect discovered together with Mr. Raymaykers. They came to the point that distance between antennas and analyzed objects doesn`t affect quality of images.

“Currently we know that it is possible to decrease specific absorption rate and also make pulse amplitude higher. It will give an opportunity to receive high quality images and at the same provide safe analyzing,” underlined the expert.