What a Twist: Silicon Nanoantennas Turned Light Around

Theoretical results will enable scientists to design nanodevices with extraordinary features for use in optoelectronics A team of physicists from ITMO University, MIPT and University of Texas at Austin developed an unconventional nanoantenna scatters light in the desired direction depending on the intensity of received radiation. The results lay foundation for flexible optical information processing in telecommunication systems. 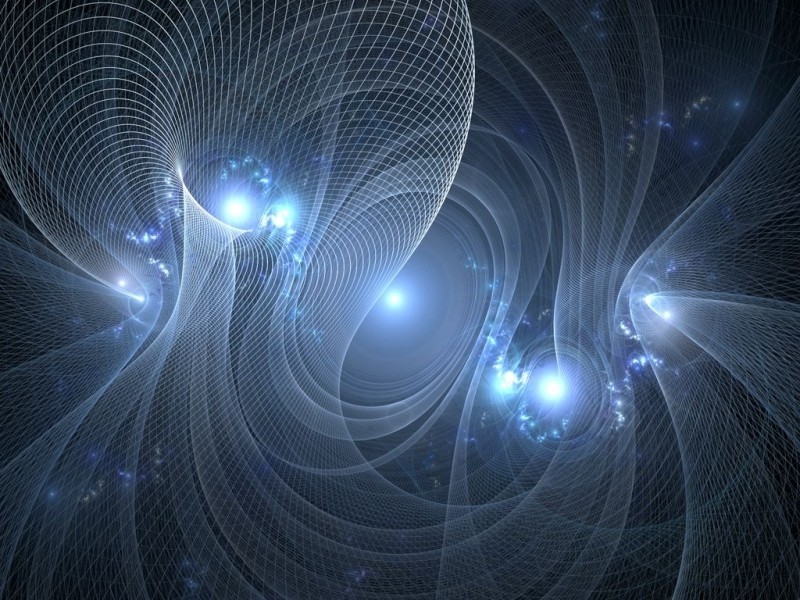 Photons — carriers of electromagnetic radiation — have neither mass nor electric charge. For this reason, the light is relatively hard to control, unlike, for example, electrons: their flow in electronic circuits can be controlled by constant electric field. However, such devices as nanoantennas can achieve a certain degree of control over the propagation of electromagnetic waves.

One of the challenges that requires "advanced" light control is the creation of optical computers. In these devices, the information is carried not by electrons, but photons. Using light instead of charged particles has potential to improve the speed of transmitting and processing information by an order of magnitude. To make such computational devices real, one needs specific nanoantennas, whose characteristics can be manipulated in some way, for instance, by applying a constant electric or magnetic fields or by varying the intensity of incident light.

In the paper, published in Laser & Photonics Reviews, the researchers designed a novel nonlinear nanoantenna can change the direction of light scattering depending on the intensity of incident wave (Fig. 1). At the heart of the proposed nanoantenna are silicon nanoparticles, which generate electron plasma under harsh laser radiation. The authors previously demonstrated the possibilities of such nanoparticles for nonlinear and ultrafast control of light. Then the researchers managed to manipulate portions of light radiation scattered forward and backward. Now, by changing the intensity of incident light, they found a way to turn a scattered light beam in the desired direction.

To rotate the radiation pattern of the nanoantenna, the authors used the mechanism of generating plasma in silicon. Nanoantenna is a dimer — two silicon nanospheres of various diameter. Irradiated with a weak laser beam, this antenna scatters the light sideways due to its asymmetric shape (blue diagram in Fig. 2A). The diameters of two nanoparticles are chosen such that one particle could resonate with the wavelength of the laser light. Irradiated with a powerful laser impulse, the resonant particle intensively generate electron plasma that leads to changes in optical properties of this particle. The other particle remains non-resonant, and powerful laser field has little effect on its properties. Roughly speaking, by accurately choosing the relative size of both particles in combination with the parameters of an incident beam (duration and intensity), it is possible to make the size of the particles virtually the same, which enables the antenna to bounce the light beam in the forward direction (red line in Fig. 2A).

"Existing optical nanoantennas can control light in a fairly wide range. However, this ability is usually embedded in their geometry and materials they are made of, so it is not possible to tune these characteristics at any moment," says Denis Baranov, postgraduate student at MIPT and first author of the paper. "On the contrary, properties of our nanoantenna can be dynamically modified. When we illuminated it with a weak laser impulse, we get one result, but with a strong impulse, we achieve a completely different behavior."

The scientists performed a numerical modelling of the light scattering mechanism, Fig. 2B. The simulation revealed that when the nanoantenna is illuminated with a weak laser beam, the light scatters sideways. However, if the nanoantenna is illuminated with an intense laser impulse that leads to the generation of electron plasma within the device and the scattering pattern rotates by 20 degrees (red line). This gives an opportunity to deflect weak and strong incident impulses in different directions.

Senior researcher at the Department of Nanophotonics and Metamaterials at ITMO University Sergey Makarov concludes: "In this work, we focused on the development of a nanoscale optical chip with the size of less than 200×200×500 nanometers. This is much less than a wavelength of a photon, which carries the information. The new device will allow us to change the direction of light propagation at a much better rate compared to electronic analogues. Our device will be able to distribute a signal into two optical channels with an extremely short interval, which is extremely important for modern telecommunication systems."

Today information is transmitted via fiber with unprecedented speed up to hundreds of Gbit/s. However, even modern electronics process these signals quite slowly: with speeds of only a few Gbit/s for a single item. The proposed nonlinear optical nanoantenna can solve this problem, since its performance reaches 250 Gbit/s. This pave the way for ultrafast processing of optical information. The nonlinear antenna developed by the researchers provides more opportunities to control the light at nanoscale, which is necessary for successful development of photonic computers and other similar devices.

Figure 2. The simulation results of nonlinear light scattering by a nanoantenna of two silicon particles.