The international Research Summer Camp in Photonics at ITMO University has just come to a close. What makes this camp truly special is that participants get to not only attend lectures on photonics but also conduct their own experiments using  top-of-the-line  equipment. ITMO.NEWS asked the participants about their projects and their impressions from the camp. 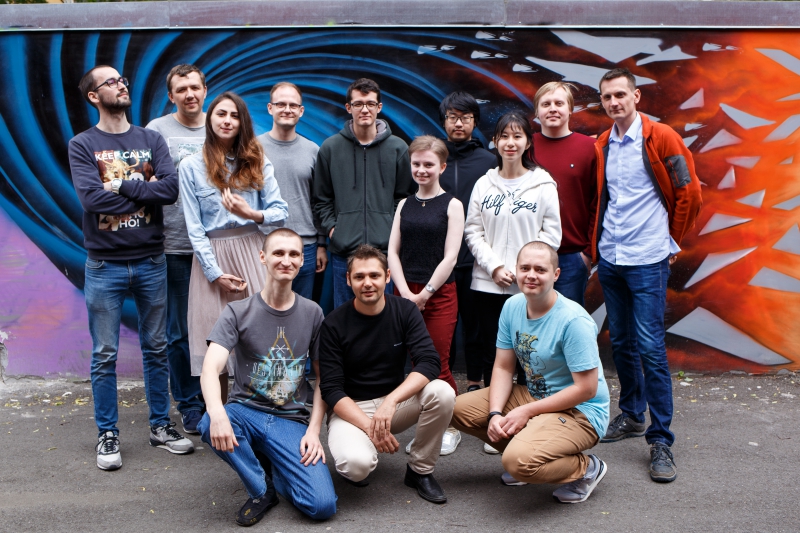 Three students from the University of Rochester (the USA) and a PhD student from the University of Bordeaux (France) took part in the Summer Camp. Over the course of two weeks, they listened to lectures on femtosecond and terahertz optics, quantum communications, digital holographic microscopy, nonlinear properties of semiconductors, and terahertz lasers. The lectures were conducted by teaching staff from ITMO University’s Faculty of Photonics and Optical Information.

During the second week, the students worked on their research projects, choosing from more than 10 research topics. For many of them, it was their first time working in a laboratory and conducting real experiments. Later, the participants presented their research and received official certificates, which will allow them to get three credits at their home universities.

Xinying Zhu, first-year student at the University of Rochester

A friend of mine told me about this summer camp. I came to St. Petersburg, first of all, to acquire new knowledge. During these two weeks, we attended lectures on various topics related to science and technology and learned how to conduct experiments using modern equipment. In my research, I studied a method of estimating the refractive index in the terahertz frequency range. This was my first research of this kind. I should note that all ITMO University staff were very friendly and always ready to help us. Each participant had a mentor, which was very convenient.

Xiao Tang, second-year student at the University of Rochester

My project was on digital holography. This topic is related to biology, as digital holography can be used to determine the shape of microscopic objects, such as cells. I was shown how to work with such objects and we also conducted several experiments described in various scientific articles. At the University of Rochester, I learned about traditional optical objects, such as lenses, while at ITMO University I had a chance to listen to very interesting lectures on modern optics; for example, there was a lecture on quantum communications. I really liked that there were so many topics to choose from and that we conducted many laboratory experiments.

Jerome Liu Brone, first-year student at the University of Rochester

The main advantage of this summer camp is that participants can conduct laboratory experiments. Since I’m just a first-year student, I hadn’t worked on such complex tasks before. This was my first time working with terahertz radiation and other optical phenomena. My project focused on quantum communications. This topic interested me because it was something completely new to me.

Quentin Eric Cassar, PhD student at the University of Bordeaux

I applied for the Summer Camp because it offers many lectures related to my thesis topic. I acquired new knowledge in the field of holography, terahertz spectroscopy, and terahertz imaging. As for my project, I studied how terahertz radiation affects phantom objects.

You can learn more about the Summer Camp here.