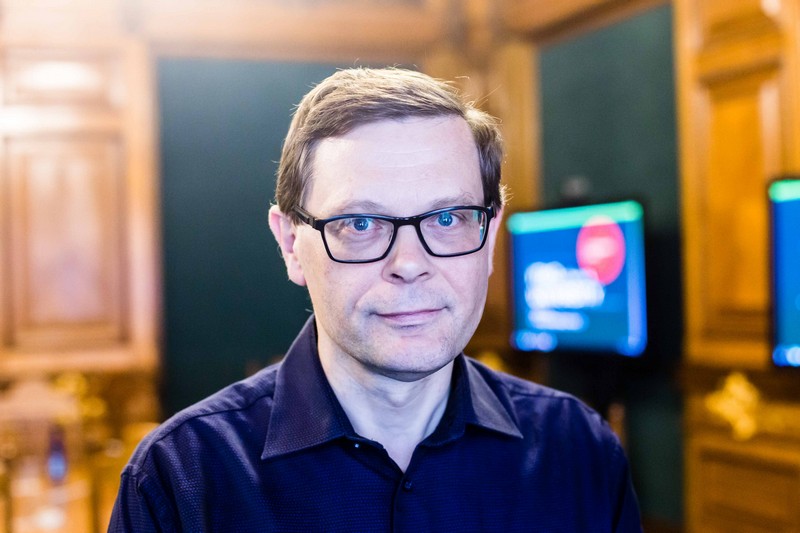 How would you describe Russian entrepreneurial and innovative infrastructure?

Everyone knows that Russians are talented in both engineering and arts – we have extraordinary entrepreneurs from this part of the world, like Russian engineers, Sergey Brin or Jan Koum. This year I was in Silicon Valley, and was impressed. What is fascinates me is what Russians have put in place to nurture these talents internally. I feel that the infrastructure to help entrepreneurs build and expand business is still in its early stages. But there are already a number of outstanding companies that have been developed in Russia, like Yandex, VKontakte and Bookmate that are used by people from all over the world.

Our economy is mostly based on what was left behind from the Soviet Union. Obviously, it needs a fundamental change. How do these current economic conditions affect our potential?

At the St. Petersburg International Economic Forum, I was a moderator for a debate about the possibilities of developing creative industries in Russia. A point that was made there was that creative industries such as new technologies, design, media, arts, if you broadly define them, can produce 10% of GDP in many even underdeveloped countries. In Russia their share is significantly less. There’s going to be enormous potential growth in this area.

But I think you’re right and for obvious historical reasons Russia has been under controlled economy for some time. The oil and gas sectors predominated and as in all countries around the world it’s often established industries that have the strongest mutual influence on the government. It’s quite rare for governments to take into account needs of small and emerging businesses, and particularly businesses that haven’t been created yet like startups. My impression is that the Russian government has not yet fully embraced the need to develop small and medium-sized companies as well as entrepreneurial culture. However, president Putin in his speech yesterday was talking about exactly this issue - the need to encourage SMEs. It will be very interesting to see how the situation changes over the next few years. This phenomenal “innovationness” concept, which was discussed today at ITMO University, raises a question as to whether these great ideas can turn into sustainable businesses that can grow on a national, regional and global scale.

You just mentioned Yandex and VKontakte, but if we dig deeper, actually the biggest and most successful companies like these are not based on original ideas. As a foreign expert, would you please identify any unique strengths we have in Russia that we should develop?

I don’t think there is anything wrong with copying - as Picasso said, good artists copy and great artists steal. Local adaptation of global ideas is a perfectly good business model to have. But one area that really fascinates me in Russia is the space industry where you have an extraordinary history. I myself wear the famous Sturmanskie wristwatch worn by Gagarin. Now Russia is at the next stage in space developments, at the moment, there are entrepreneurs in the West like Elon Musk, Jeff Bezos, or Yuri Milner, who put their money into new space programs, in fact a lot of private sector money is going into space. You have the launch program in Russia, which is still going on, you have phenomenal expertise in that area, and if there is funding, direction and imagination to develop in that sphere, then there are many possibilities for making spin-off businesses.

I don’t think that there is a lack of good ideas in Russia - it’s more about lack of enabling infrastructure, many countries struggle with this problem. We talk about it in Britain all the time: we often generate very good ideas, we’ve got world-class universities, but the businesses grow to a certain size and then are inevitably sold out to American companies. I mean, we’re not very good at generating world class and world scale companies - if you look at the market capitalization of all European tech companies, it’s about 4% of what is in the US, so there’s no equivalent to Google or Apple that has been created in Europe, despite years and years of people putting money in it. In your opinion, do Russian start-up companies have any problems entering the western market?

I think we are entering the sphere of global evaluations of ideas and business models, and that a lot of venture capital money is now increasingly looking for opportunities on a global scale. One of the most extraordinary stories of our times is the developing of the startup nation in Israel, and again, there are a lot of Russian immigrants who founded their businesses there. There was money that initially came from the West, but local Israeli companies and funders have taken them to the next stage. In my external view of what’s happening in Russia, it seems you lack venture capital and innovative ecosystem to take these good ideas and to develop them into bigger businesses.

It has to be said that the image of Russia is not great in the West for obvious reasons. The sanctions affect a lot of big companies, but they don’t apply to smaller companies. Israel is a small country with about 7-8 mln people surrounded by 350 mln Arabs who are not particularly well-disposed to Israel, but a lot of internet businesses that have been founded in Israel are almost origin-neutral. Internet businesses are instantly global, and if you have a website, you also have a possibility to attract 3 billion people who are connected to the internet.

What do you think about Russian National Technology Initiative? Will it be successful?

It’s not fully clear to me what the purpose of the initiative is, but there always are two types of state support. One is, which I think has proved to be extremely effective in America, is to have government organizations like DARPA in the military area and National institutes of health in pharmaceutical and biotechnology areas, which have been enormously important to develop pure research and applied research and which is enabling a lot of spin-off businesses to develop. But the second time, which I don’t think works so well is when the government decides that one particular business or sector is worth supporting, bets on a potential winner and puts a lot of money in it. Government ministers are not the best people to determine what is going to succeed in the market economy - they have an important role in funding research, creating clear transparent business markets, forces for protecting intellectual property. But I’m skeptical about the government’s ability to decide which particular product or sector is going to succeed in the future. In Western Europe we’ve seen Quaero, which was an attempt by European governments to rival Google. Have you heard of Quaero? This probably gives you an idea of how successful it has been.

The Initiative will be successful as long as you enable the ideas and businesses to develop in response to market demand rather than trying to anticipate what that world necessarily will be. And don’t forget that it has to be an iterative process.