HAKORA: Building a Business in the Field of AR

HAKORA is an AR platform with a ready mobile solution that allows to visualize any products in real-time mode. Roman Shiplyakov, ITMO Master’s student from the Faculty of Technological Management and Innovations, and Oleg Borovskiy, Master's student from St. Petersburg State University of Economics founded the startup two years ago, and now work in different segments of the market (medicine, retail, development, education, and industry) by helping companies solve their main task: tell their clients about their services in a most demonstrative and entertaining manner. Among HAKORA's clients are renowned brands, construction companies, and the St. Petersburg city administration. Read our interview to learn about the cases that HAKORA is currently working on and how it plans to compete with European and American players in the AR market. 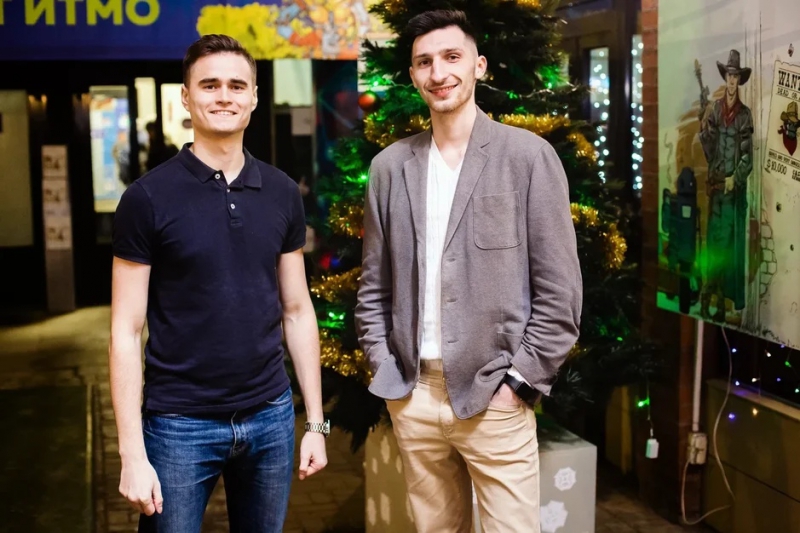 Tell us about HAKORA's general idea, your clients and how you help them.

Roman Shiplyakov: We chose to focus on B2B: it is more relevant for our cause, as it lets us work with serious cases. VR technologies are often used in entertainment, the games industry, for instance. Most educational cases are bound to some particular place and have a high level of localization. At the same time, we have a technology that can be spread throughout the world and isn’t bound to some particular location. As for the fields we work in, we've chosen several of them: retail, development, medicine and industry.

Oleg Borovskiy: Starting from next year, we'll also be doing B2C. This means that HAKORA will be accessible to any user, and will generate AR content for not just businesses but private users as well. For instance, some person is a musician who records tracks and posts short videos on Youtube. They can record their performance, send it to the platform, and get it in AR on the next day. The same can be done with posters: a person using the PrintAR app can point their camera at the poster and see a performance or an invitation to a concert.

Roman Shiplyakov: The approach to working with businesses is different: we don't use mobile app but rather develop a custom application for each client. Currently, we are working on a case for the Raketa watch factory; this time, the application's concept is similar to that of a regular e-store, but when the client will be looking at a particular model, they will have the opportunity to see the watch’s AR model on their wrist. This will be a marker-based technology: a paper band that you can clip on the wrist will serve as the marker (different objects can serve as markers in different cases). The AR model recreates the image of the real item almost ideally: it has the smallest flecks, shades, and details, and shows the accurate time. Today, there's only one counterpart to our product in the world. Still, our European colleagues developed such a system for a product line of six models only, while we are working on a great many of them.

The official launch of the app is scheduled for March or April, but we already have a trial version available. Also, you can check the app's operating principle on our Instagram page. This is a long-term project, as we put much effort into developing every model. We place much focus on the image quality; since we need them to be highly realistic, we seek to make the most of the available technologies.

Oleg Borovskiy: We develop the products from scratch; this means that there's no problem if the customer doesn't have an application of their own. All we need from them is a brand book and their requests. One of our company’s features is a strong recommendatory base; oftentimes, we advise the clients on how to act in particular cases, and our recommendations have always worked out well.

How did you you grow from a startup to a full-fledged company?

Roman Shiplyakov: We officially founded our company in May 2018, though the HAKORA project had existed for a couple of years already. During the first year, we've been analyzing the field of augmented reality, it was really important for us to understand whether we were capable of bringing a high-quality product to the market. When we understood that we were, we started to gather a team. For the first half a year, we were working on small projects in order to fall into step, then we turned our attention to bigger cases. We became a full-fledged company this summer.

Whom does your team consist of?

Oleg Borovskiy: For now, we have eight members: two programmers, a designer, a project manager, a strategy officer, an accountant and us two as CEOs. Oftentimes, we involve third-party specialists in our work, UI designers, for example. For every project, we gather a team that possesses particular competencies.

You didn't take part in any acceleration programs as a startup, did you?

Oleg Borovskiy: Not participating in acceleration programs was part of our strategy. We focused on organic growth, and didn't want any investments or accelerations. During the early stages, we drafted a development plan and came to the conclusion that we had no need for that. It is our projects that are our investments. Still, we are grateful to ITMO University for having had the chance to participate in several forums where our project got recognized. For one, the St. Petersburg International Educational Forum (SPIEF) and one forum dedicated to medium and small businesses gave us several contacts that later turned into collaboration cases. Actually, we're still processing the requests we got at SPIEF, as the demand for our technology is really high, and many businesses want to try it out.

Roman Shiplyakov: However, we are interested in grants, as we are currently developing in the fields of medicine and education, and those are the fields where grants offer great results.

Which project was your first serious undertaking that turned your startup into a company?

Roman Shiplyakov: In June, we worked on a case for the DV group construction company that performs the reconstruction of the PIK shopping and entertainment center. Everyone was interested in how the reconstructed building would look like, and our task was to show it using AR. We started with the first floor and went up. For this case, we didn't use the marker-based technology but rather placed the AR object on previously scanned planes: floors, tables, the street. We also used animation to show how people will move in the reconstructed spaces, and visualized the center's final design, which implied working in collaboration with the builders and choosing textures for every detail and surface.

Two designers worked on this project: one was responsible for the architectural aspects and another for the textures' visual quality. AR technologies makes it possible to immerse people in some environment and let them understand how everything will look like – and all of that requires just a smartphone or a tablet, and can be done in any point of the world.

Oleg Borovskiy: What was important is that the DV group is not among the market's leaders, but a secure medium business, and in this case, a company has to be recognizable in the market. Solutions such as AR elements are a unique offer, which can be very important for a potential client. After the completion of the project, our client received another order for reconstruction.

Your also have some experience of working with international customers. Tell us about the projects you did for them.

Roman Shiplyakov: We're working on a case in the field of retail for a global clothing brand. This one is different from what we did in construction or for the watch factory. We are currently developing a concept of an application and a range of models to offer. We also have to understand where to launch the application first: in Russia or in Europe.

Oleg Borovskiy: We also collaborate with a German company that produces mechanical decorative components. They have about 2,500 items in their collection, but they are catalogued as written descriptions and regular photographs only. In order to get the full picture, their clients have to go to their production site in Germany. We are going to develop an AR application that will make it possible for people from all around the world to appreciate their work in 3D, choose what they like and see how it will look in their homes or offices.

Apart from products, you also work with services. What does it have to do with?

Roman Shiplyakov: We are working with an organization that leases special equipment. They have a big vehicle pool that they offer to their clients. The organization wants to grow, develop and become recognized on the market from the innovative standpoint. In our current case, we are visualizing a presentation that for now only exists on paper. Today, everyone prefers to make their choices based on visual content, so the presentation has minimum text. In the end, we'll have a robot who will play the role of a virtual sales manager. It will introduce the organization to the clients, show them the vehicle park and tell them about the CRM system and the GPS trackers that the company uses. For example, when a client rents a vehicle from the organization, the company's representatives can check where it is, whether it is working or not, and so on. Presenting and explaining such benefits to the client can be very important.

Apart from marker-based and markerless technologies, which ones do you use in your work?

Oleg Borovskiy: Another technique that can be used with AR is geolocation: a great example of using it is the world-famous PokemonGo game. Still, we are using this technology in a slightly different way. At one of the forums, St. Petersburg's Vice Governor Sergei Movchan got interested in our project, and now we're collaborating with the city administration on creating a program for tourists that will show them the history of one of St. Petersburg's districts using AR technologies.

How much does creating AR content cost for the corporate and private clients?

Roman Shiplyakov: Getting back to the subject of PrintAR that will soon be launched, our services will cost from 1,000 rubles for private users. And we don't limit the amount of copies for each chosen marker. As for creating custom AR applications, the price will differ depending on the client's requests. On the whole, if we were to compare our prices with those of the Western market, ours will be 30-40% lower. Currently, the AR market in Russia is yet to be formed, which offers great opportunities to new clients. Once it does, the prices will become a lot higher.

What are your plans for the next year?

Roman Shiplyakov: We are actively developing in the medical and educational fields. In the end of the year, our technologies will be used for conducting a test surgery on a 3D model of human organs. Augmented reality can be used in such medical operations as puncturing, as well as complex surgeries on organs, spine and brain. In this case, the technology can be used for creating personalized models for every patient.

Oleg Borovskiy: We also plan to consolidate our positions on the Russian market. Today, international markets are getting ahead, and we have to catch up with them. We believe that we will manage to compete with European and American companies in the nearest future.

We have also planned different events for acquainting the target audience with our technology, as it is most important for the people to get used to it. For one, we'll be presenting it at one of the forums that will take place in February.