Lately, more and more companies and government agencies, including those in Russia, are starting to use blockchain in their day-to-day operations. For example, blockchain is the Federal Service for State Registration, Cadastre and Cartography’s solution for ensuring better protection for their stored data. The technology is expected to be even more widespread in the future, and that’s why the startup DCZD.tech, a resident of ITMO Technopark, aims to develop modern solutions in this promising field. Its achievements include recent wins in two international contests. 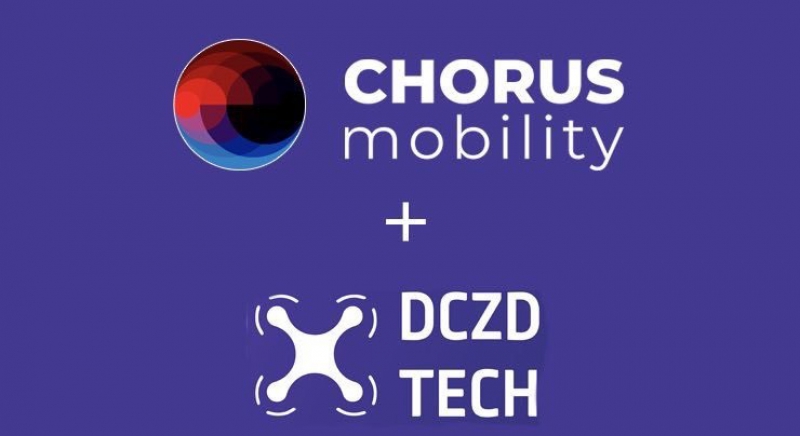 Among the most eminent competitions DCZD.tech partook in was the MOBI Grand Challenge (MGC). Hosted by the non-profit Mobility Open Blockchain Initiative (MOBI), the competition’s format is loosely based on the DARPA Grand Challenge for autonomous driving. In as little as a couple of years, the DARPA GC has helped scientists expand the horizons for using robotics in various fields, leading to significant progress in the development of autonomous transport. The organizers of the MGC hope that this competition will do the same for blockchain. The contest will run in bi-annual stages over three years, resulting, as envisaged by the organizers, in the creation of the first stable decentralized system for transport vehicles, the participants of which would share data and coordinate their behavior in a secure way, thus increasing mobility in cities.

The first stage of the competition was held from October 12, 2018 to January 10, 2019. Participants were tasked with demonstrating which blockchain-based services can be already used in the field of autonomous transport today. There was no set format for their answers. All solutions were accepted: from sharing data and payments between vehicles and infrastructure and working in decentralized environments via asset registration to solving related environmental issues and others.

DCZD.tech’s idea was to develop a decentralized system which would enable communications between autonomous vehicles on the road, allowing participants to pay all their travel fares as they go. Thus, the startup’s solution to traffic congestion builds on the market-driven approach.

“In 2008, Seattle-based engineer and science hobbyist William Beaty established the so-called traffic waves theory in a series of experiments,” says Vitaly Bulatov, COO of DCZD.tech, on the inspiration behind their idea. “The basis of that theory was that by knowing how traffic waves are formed, drivers could sometimes reduce their effect by increasing the distance to the car immediately ahead and using braking less often, ultimately decreasing the accumulation of vehicles around. The system we introduce gives a financial incentive to both piloted and autonomous vehicles to maintain such behavior by getting paid for the road space and yielding to the other cars. We hope that this system will evolve to become a part of our daily traffic infrastructure.”

In essence, the DCZD.tech-proposed system allows for autonomous vehicles to trade for places on the road. Supposing one car needs to go the planned distance faster, all it has to do is to ask other cars to give way in exchange for a payment in coins. If the others aren’t content with the amount offered, they can propose their own price.

To implement their idea in the best way possible, DCZD.tech joined forces with the international company Chorus Mobility, which specializes on decentralized apps for transport vehicles and cooperates with major corporations like BMW in the capacity of a research center that prototypes different hypotheses. Apart from Chorus Mobility, the project was also actively assisted by the Mobile Robot Algorithms Laboratory of the company JetBrains.

Having won the first stage of the MOBI Grand Challenge, the startup will continue its collaboration with Chorus Mobility to promote the project and, later on, offer the fastest, most secure and effective transport communication system possible.

But the blockchain solutions developed by DCZD.tech aren’t only transport-related. In December 2018, their solution for blockchain trading received a special mention by the judges of My Fintech Hackathon. Just recently, the startup has won a Devies Award, a prominent award held as part of DeveloperWeek, the world’s largest developer trade show. Every year, over five thousand engineers and developers come to San Francisco to learn about new tools that could enhance their work. DCZD.tech received its Devies in the category IoT Development for their blockchain-based communication solution used in conjunction with mobile sensors. Other winners include the likes of Google and IBM.

“IT technologies and tools are seeing a massive growth in their importance for business. DCZD.tech is a great example of a company keeping pace with the new era of products and services that expand opportunities for developers and engineers,” says Geoff Domoracki, CEO of DevNetwork and founder of DeveloperWeek.

According to Alexander Kapitonov, CEO of DCZD.tech, all technological innovations are based on communications systems which have already begun changing the face of our day-to-day.

“Underlying all our solutions is the system of global communication between devices and services which takes place within the framework of the internet. Its participants have to quickly exchange information and tokens as a digital currency. And it isn’t something from the future: we’re already seeing these structures being used by businesses and government agencies alike. For one, Russia’s Federal Service for State Registration, Cadastre and Cartography has launched a project on registering equity participation agreements on blockchain platforms, so as to give each participant access to information as it is being updated. Likewise, our colleagues from IOTA are already offering a solution that enables communication between devices on the basis of the distributed ledger Tangle. According to Reuters, some banks are already using the Ripple blockchain protocol for cross-border payments,” explains Alexander Kapitonov.

Right now the startup is busy implementing the distributed ledger technology in the field of IoT and Industry 4.0, focusing on the new ITMO.Highpark campus among other things. They also plan to start a new round of attracting investments and participate in a major acceleration program. According to Alexander Kapitonov, these activities will help spread the startup’s solutions to big companies.