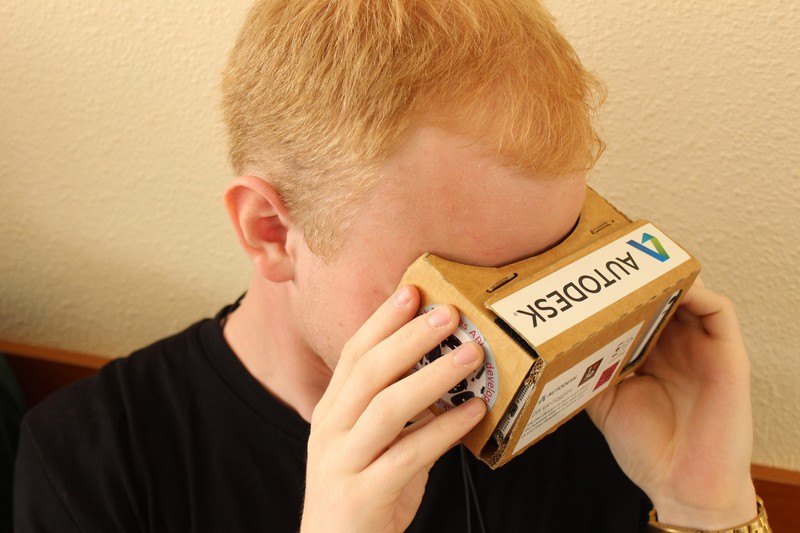 Over two days, programmers from ITMO University and Moscow State Technical University worked on original solutions for Autodesk program packages, a company that provides a wide variety of commercial and free program packages for modeling 3D-objects. The contest participants needed to develop a completed IT-prototype in 36 hours. The projects fell into the following categories. The first one was the development of an original extension for Autodesk View and Data API, which had to integrate interactive viewing of 3D models into a web app. The view of the structure and object properties had to be available, while the geometry and size of the model wasn’t significant: View and Data API allows one to display files of several gigabytes in size. Two teams decided to work in this category. One team from ITMO University “Milligan team” (Nataliya Glazkina) started the creation of a platform for interactive technical drawing studies. According to the student, the subject could be easier to study for high school students, if the abstract model from the student’s text book could be examined from all sides including from the inside. The winners in this category was a team from ITMO University “No stress” (Evgeniy Gordey and Victor Chaptsev), that have been working on a signal visualization system that gets information from various sensors. In accordance with their idea, if problem areas are displayed on the 3D-model of the objects in the online browser, it will make it easier to control fire risks. The second category during the hackathon was the development of applications for cloud package of 3D-design Fusion 360. Autodesk company develops this product actively, which helps to cover the whole cycle of development starting from the creation of the prototype model within the program to sending it to 3D-printing. Fusion 360 gains thousands of new users every month. Three new applications were created in the context of this hackathon nomination. The ITMO University team “ILAN” (Ilya Borisov) developed the plugin for model elements control, which provides the opportunity to save features of object individual details right in the object, that allows to facilitate the designers’ work during editing of large and complex models. The team “Under the MKAD” from Moscow State Technical University (Tatyana Akinishina, Mikhail Alekeyev, Yaroslav Volokonskiy) took the second place in this category for their plugin, which helps to add more standard elements of two of the most commonly used types of details to Fusion 360 library in accordance with Russian GOST standards. This extension allows designers to save time during modeling and get a standard item after setting several parameters. Besides that, another ITMO University team (Victor Zoykov, Polina Kashina, Vladislav Romanov and Alexander Chesak) developed a solution to help designers: their plugin lets you form images on model surfaces just like the image samples. This project was highly appreciated by the jury for its promising outlook, high level of subject elaboration and plugin implementation. The team won the first prize for this category.

All the contestants received certificates of participation and valuable prizes from the hackathon organizers – Autodesk company and ITMO University, and the participants from winning teams won tablets. «Programming solutions for computer-aided design is quite a popular trend, because every business-idea requires visualization. For example, not every designer can make a plugin for solving repetitive time consuming tasks. Programmers might simplify their work, so the idea of 3D-hackathon organization with Autodesk Company at ITMO University was thought up a while ago. Our guys showed good results, and we would support their future projects. Members of the jury became interested in students’ projects and some participants may even receive job offers», - commented Anton Suprun, the director of Autodesk educational center at ITMO University.

ITMO University regularly takes part in hackathon organized with various topics. For example, three such events took place in the Northern capital: two hackathons dedicated to data journalism and cognitive computations and also traditional HackDay#41 where participants made a prototype based on any innovative idea.