ITMO U Entrepreneurial Ideas to Influence the Rest of Russia

Representatives of ITMO University presented its` entrepreneurial achievements at StartupVillage on June 2-3. The experts demonstrated a smart platform for business interaction. This service is supposed to be well known in all regions of Russia. It is also planned to launch new activities in alliance with Arkhangelsk colleagues guided by Interregional Network Acceleration Program for Startup School Development as well as to organize tech brokerage institution. Furthermore ITMO U together with specialists and officials of Samara are going to initiate projects aimed at development children science tech activities. 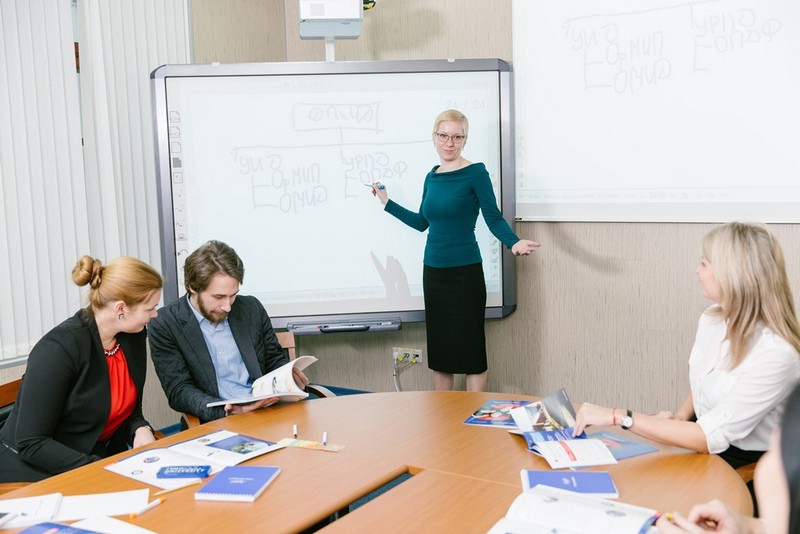 Previously at Foresight-Fleet 2016, which took place in May 2016, the specialists presented the project called Online Service Guide for Small Business Companies. This initiative is developed by ITMO U, Skolkovo center, assistance development fund and other partners who organized a work group. The members of this group in partnership with Elena Gavrilova, head of Business Incubator of ITMO U took part in Startup Village, the largest startup conference for technology entrepreneurs in Russia and the CIS, where discussed this project in details.

Online Service Guide for Small Business Companies will help young entrepreneurs to develop their projects effectively. The system makes decisions taking into account data given by a user as well as information from juridical, tax and other bases. The platform will also include the information about investors from all over Russia and other countries, business support programs and so forth. Using this assistance the startuper will have an opportunity to choose the most appropriate time for joining acceleration program or submitting an application. “Several organizations are involved in this activity. However it is reasonable that ITMO U will be responsible for managing the project. Startupers will use this platform to share their innovative ideas, attract investors, mentors and experts from all over the country. Currently representatives of different Russia`s regions tell that they suffer from the “information vacuum.” Nobody knows about their projects, it is difficult for them to raise money from the government,” said Ms. Gavrilova.

By the end of this year the experts are going to develop the concept of the project, launch a project office, prepare required amendments of legislation as well as to attract “technological integrators” who will assist in doing business in compliance with the economic reality.

At the beginning of June a delegation from Arkhangelsk come to St. Petersburg. Oleg Malsagov, advisor to rector, also jointed it. The experts took part in various round tables at which discussed interregional cooperation development in science, cluster and educational activity. “A professor don`t have to promote his inventions, he deals with scientific ideas. However the market needs ready-for-sale product…Such aims as teaching of managing team for promoting university inventions, development of communicative basis, making of  infrastructure necessary for market launching and interaction with enterprises – all this targets can be reached by universities. They have already started to do that,” said Mr. Malsagov.

ITMO U in cooperation with universities at Arkhangelsk, such as Northern (Arctic) Federal University named after M.V. Lomonosov, are likely to become partners in creating innovation projects, for example, Interregional Network Program for Startup School Development. According to Nina Yanykina, head of Project Management and Innovation Department, ITMO U exerts can serve as mentors and prepare future innovative managers, business angels and tech brokerage specialists in Arkhangelsk.

Furthermore, ITMO University and Northern Federal University named after M.V. Lomonosov are potential partners in the field of arctic development. They both are participants of Kolarctic ENPI CBC (Cross Border Cooperation), which contributes to cross-border cooperation of Northern Finland, Sweden, Norway and North-West of Russia.

Also, Ms. Yanykina moderated the session on “Interaction of Universities with Industry. Technology Brokerage. The role of patents in creating and advancing innovative products” during the 16th Project 5-100 conference which was held at Sechenov First Moscow State Medical University from 6-8 June. The participants discussed the interim results of the Russian Academic Excellence Project in the world, achieving high performance in international rankings, and how to help students prepare for their careers after university.

On 2 June at Samara State Technical University, the second International Russian-Swiss Forum “Innovation Day” was held. The participants, including a number of ITMO representatives, discussed developments in the field of engineering, medicine, environmental awareness, education and an infrastructure for innovation support.

“Samara played a leading role in building relationships between Russia and Switzerland in the field of innovation. Samaran colleagues demonstrated a high level of activity in this area, in terms of the number of grants received and events held in 2015. The universities of the region, just like with ITMO University are trying to develop a development strategy based on transforming the world around you based on the “University 4.0” model. As a result of the discussion, we understood that innovative infrastructures must be completely transparent. It is also necessary to attract children to innovative activities.” – explained Nina Yanykina.

Now, in the regions of Russia various initiatives to engage children in scientific and technological activities have been implemented. School students at the Youth Center in Samara, in FabLabs or Laboratories like Olimp Union at ITMO University and in children’s technoparks can engage in innovative creativity. Children business schools are also developing. According to Nina Yanykina, issues such as these had not been raised earlier at international conferences.

ITMO University intends to develop project activities related to working with children in various parts of Russia. This will not only help strengthen business and educational ties between universities but also to raise awareness of universities in Russia. Furthermore, over the summer, St. Petersburg staff will hold various events in Innovation Development in Crimea, Tomsk, Ekaterinburg, Sochi, Ulan-Ude and other cities in the country.