Over the last decade, people have changed more than in the entire history of mankind, says Dmitry Kostomarov, a business-angel and Actum.pro and e.Queo co-founder, in his lecture at ОKHTAFUTURETALKS in Okhta Lab Library. Modern technologies have entered our daily life and changed the way we think and behave forever. A new generation of people who can’t imagine their life without a smartphone has emerged. What kind of world will these people create? ITMO.NEWS publishes the highlights of the lecture. 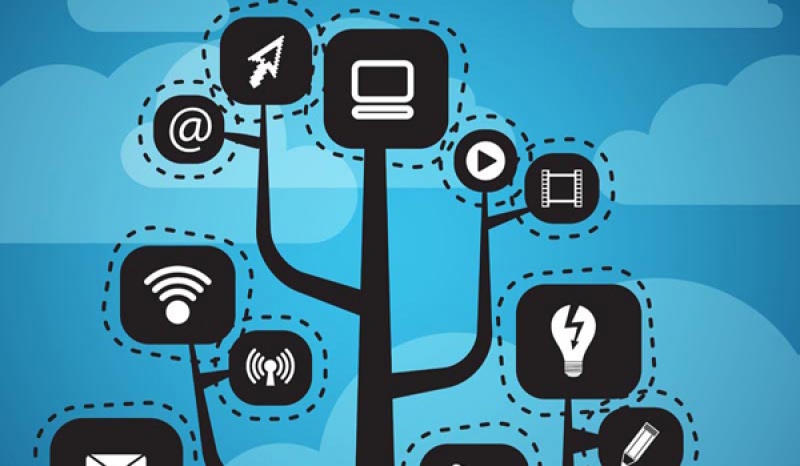 The roots of digital generation

It was the generation of Baby Boomers that laid the groundwork for the way we perceive the world today. They had faith in science and the triumph of the human mind, so spaceflights didn’t strike them as something unusual. This was a generation of infinite hope: you can achieve anything if you work hard enough.

How technologies affect our behavior

Modern young people (those who are now 20-30 years old) are called Millennials. The world this generation was born into is characterized by several features such as:

What Millennials care about

What are Millennials like? They are very sociable. When I was young, people didn’t communicate that much, they struggled to survive. Millennials are practical, that’s why they make perfect startupers. But it’s not that simple, because all they care about is making money, not creating a good product.

Millennials are also very emotional. At the same time they don’t need heroes. They are all individuals with individual personalities. They often suffer from procrastination and thus tend to put important things on the shelf.

I often deal with investment projects pitched by Millenials. Most of them approach me with so much as a mere idea on hands, but very few can actually answer the vital questions of what’s going to come of their plan and who’s going to pay for it. For a Millenial, the most important thing is to think up of an idea, and they expect that everything will come up roses afterwards. But they don’t understand exactly how they’re going to earn money and pay their investors back.

Millennials themselves now give rise to Digital Borns, a new generation of people who don’t see technologies as something separate from their everyday lives. They’re natives in the digital world, and you’ll never see a Digital Born asking parents for instructions on how to use a gadget because this generation can solve complex technological tasks with an ease of drawing a tree. What also makes them special is that they’re optimistic with a capital ‘o’. These kids don’t know the word ‘difficult’, they’re capable of absorbing even the most complicated morsel of information and nailing the most convoluted skill. Age differences just don’t exist for them. From the very get-go, Digital Borns find themselves on a receiving end of crazy amounts of knowledge. Virtual reality is their natural environment. As predicted by futurists, this will be a whole new biological species without any ideal models of behavior.

Millennials, too, have abandoned their parents’ ideal behavior patterns, but they've also managed to create their own. Ideal models of behavior are these trite precepts like ‘if you want to have a good life, you should get good marks at school’ and ‘respectable people work 9 to 5, five days a week’. These were drummed in the heads of all industrial era children because it was convenient to build an economy around them. The industrial era’s now long gone, but these models persist. Millennials in a way still look back at these behavioral patterns; for example, ‘five days a week’ jobs are still considered ‘normal’. Digital Borns don’t have any of these preconceived notions. They’re not bound by set working hours, and they won’t worry about the fact that the new digital era makes people lose their anonymity. Mental health-wise, this generation will be much more sane as they won’t have any of these ideal behavior models to stress about. But this will be a huge blow to the corporate world since no-one will want to continue doing useless humdrum tasks day after day.

That said, Digital Borns will be more primitive than their predecessors as they won’t have to gather the experience needed for doing things because of cyborgization of education. Even now some factories make their workers wear Google Glass Enterprise glasses which give them tips on how to operate different equipment. People won’t need to do a lot of learning to do their work.

The service approach that changed everything

In 2008, Steve Jobs gave the green light to a phenomenon central to the new digital age: thanks to smartphones, we can buy anything in any time and any place we want. When did you last go to an actual ticket office to get yourself a train ticket? And this change happened only 5-6 years ago. Now people are used to lots of things that previously were considered magical. The world became comprehensible, instinctive, and uniform, and smartphone is the culprit of this transformation. Before that, we used to live in the world which we would assemble like a puzzle.

Technologies that will soon transform the world around us

90 % of world population will have become users of the unlimited data repository by 2028. Even today, every Internet user leaves an average 1 gigabyte worth of digital footprint when surfing the Net. It is forecasted that in 2022, we’ll see a first 3D-printed car. That means that instead of buying cars, people will purchase computer files with setup parameters for cars which they’ll print themselves. And when the 3D food printing technologies become cheaper and more readily available, huge food corporations will be pushed off the market.

By 2023, there’ll be mobile phones which will support neural networks and be as powerful as supercomputers. Systems like these will aggregate processing capacities of other systems in order to solve even the most composite of all digital tasks.

Internet access will become a basic human right as it will be the only means of procuring services.