The XXV International Scientific Conference Internet and Modern Society 2022 (IMS 2022), hosted by ITMO University, brought together Russian and international scientists, as well as government representatives, to discuss different aspects of digitalization and share their views on digital governance, what kinds of e-services can improve the quality of life, and how to help people trust new technologies. Here is a review of the recent event. 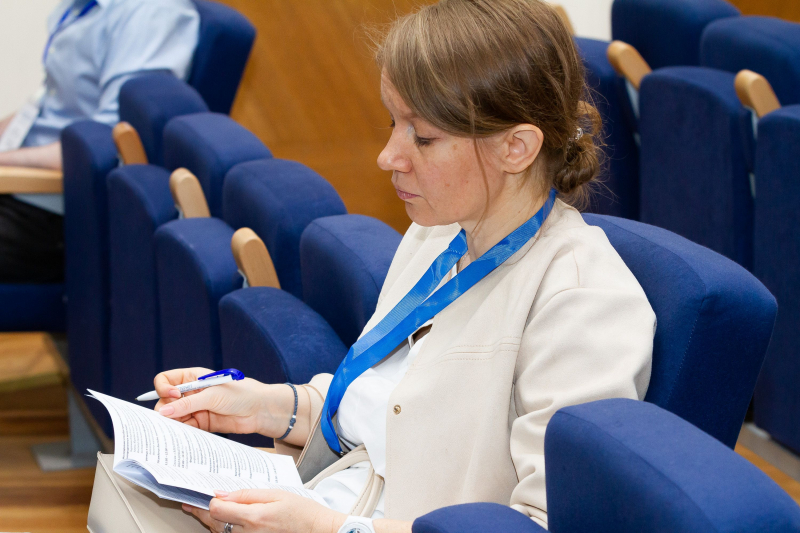 Ethics and law in the digital world

Every year, the Scientific Conference Internet and Modern Society encourages dialog between researchers with expertise in the digitalization of society, computational linguistics, cyberpsychology, and citizen-state interaction in the age of the Internet, as well as experts who specialize in the development of digital education, science and culture. The main theme of this year’s event was the ethical and legal aspects of digital transformation.

“I believe that this topic was the right choice of subject for the discussion. At ITMO, we teach students not only programming but also ethics, which is something that plays an increasingly greater role in modern science. Today, it’s a common truth that we can’t continue to advance further in AI while neglecting associated ethical and legal issues,” notes Vladimir Vasilyev, the Rector of ITMO University.

The current trends provide an interest not only for researchers but also for public authorities. Although digital services have been actively implemented to enable communication between citizens and the government for the past 15 years, the rapid digitalization of the Russian way of life still comes with risks and challenges that are yet to be solved.

“We’re working on a model that will illustrate the digital transformation of St. Petersburg. Being fully aware of the advantages that security cameras and queue management systems at hospitals bring us, we can't help but ask: do digital technologies genuinely make the world a better place? On the one hand, digitalization and social media encourage people to be more positive and open to communication yet on the other hand, modern technologies also drive people apart. Hence, our mission today is to find a way to digitally transform our city and improve the existing services without losing the loyalty and the respect of our citizens,” explains Stanislav Kazarin, the Vice Governor of St. Petersburg.

Digitalization is still a controversial topic: while some people support innovation, others don’t understand new technologies and are even scared of them. For example, the recent boom of articles on the alleged health risks of 5G demonstrated perfectly that people still don’t fully trust advanced technology due to fears that are oftentimes rooted in ignorance.

But what can be done about technophobia? And how can we narrow the digital divide gap? These are just some of the questions that speakers discussed at the conference’s plenary sessions. As noted by Denis Lung, a chief analyst at the Project Management Department of St. Petersburg State Unitary Enterprise "St. Petersburg Information and Analytical Center," the city’s authorities are doing their best to educate people about new technologies via the social media presence of the Committee on Informatization and Communications and Stanislav Kazarin’s personal channel.

The authorities plan to raise awareness among the city’s residents by, among other things, equipping cell towers with QR codes that will link to information about the installed equipment, its safety certificates, and so on – and introducing an emergency chatbot that will help request at-home medical care and be a great helper for those with hearing impairments. All the additional programs and measures will be developed by a specialized working group established by the Federation Council.

During the conference, the representatives of the city’s government reported on two ongoing projects, including an ecosystem of city services called Цифровой Петербург (Digital St. Petersburg – Ed.). This is a database of information services developed jointly by the state and businesses.

“Obviously, the state can’t keep up with an ever-changing market and such IT giants as VK and Yandex in terms of information technologies. That’s why our task is to build partnerships with the industry leaders and create services for specific social groups. Whether you are a parent, a pet or home owner, or a driver, you can easily communicate your needs via our platforms,” notes Denis Lung.

Once a user picks their social role, they can assess a list of useful resources, chat bots, VK mini-apps, and other services that can help them deal with certain problems. For instance, by clicking on Я здесь живу (I live here – Ed.), users can pay their public utility fees, learn more about available housing and communal services, and organize waste sorting in their neighborhood. On top of that, residents can also partake in the competition Код Петербурга (Code of St. Petersburg – Ed.), where they can help design mini-apps and develop new features for the digital assistant Marusia or urban, education, and touristic chatbots.

As explained by Sergey Mityagin, PhD, the head of ITMO’s Institute of Design & Urban Studies, the city can’t bear the title of a smart city unless its urban development management system is transparent to institutions and citizens alike. A modern growing city needs up-to-date data to ensure its high-quality development and increase the transparency of decision-making. All this can be done with the help of digital models, which allow authorities to assess the current situation, predict outcomes, make plans, and manage the changes.

“With digital models, we will be able to say what’s going on even before we receive requests or feedback from our residents. Do we have enough places in public kindergartens or state hospitals? Where do our youth and elderly spend their free time? If we have a digital model, we won’t need to ask around to find it out, we will already have it on hand,” notes Sergey Mityagin.

Another factor that should be taken into account is the reinforcement of the city’s own identity, which is manifested in appreciation of the citizens and their shared values. That goes for the city’s cultural heritage, attractions, and even its spirit. Citizen participation is essential for smart cities. Residents must understand and share the goals of their cities, which won’t happen when these goals don’t align with the established culture.

More about the conference

Held annually since 1998, the Scientific Conference Internet and Modern Society (IMS) provides a platform for communication and collaboration between Russian and international researchers, as well as government representatives. This year, the conference brought light to brand-new topics, including the preservation of digital heritage, digital urbanism, digital healthcare and active longevity, as well as ethical and legal challenges of digital transformation.

“This conference is an excellent platform for researchers and government representatives where they can communicate, exchange information, and help each other. This year, we worked long and hard on our regional and federal projects meant to transform the interaction between citizens and the state. We discussed our regional projects during several events, including seminars on e-government, the digital ecosystem of city services and the smart city. Whereas our federal projects were largely covered in a discussion about the ethical and legal aspects of digitalization. At the conference, we together with the representatives of various Russian regions were able to sum up the results of the third stage of the study meant to assess the e-participation of Russian regions in 2020-2022,” comments Andrey Chugunov, PhD, the head of ITMO’s E-Government Center at the Institute of Design & Urban Studies.

In 2022, the conference included several symposiums, sessions, and international seminars and welcomed over 200 participants from 7 countries and nearly all regions of Russia.