The famous venture fund from Dubai, TURN8 came to ITMO University to participate in Demoday on 23 July. This was an excellent chance for 55 pre-selected teams to go in the running for an opportunity to participate in the TURN8 accelerator in Dubai and have their startup financed by the venture fund. Two teams from ITMO University were chosen as winners! 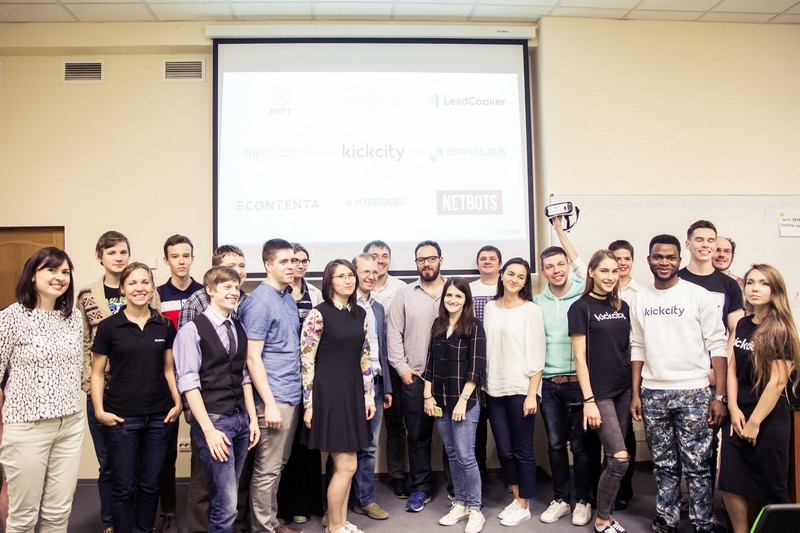 TURN8 accelerator is aimed at bringing innovations from around the world to foster a global innovation culture and invest in game-changing ideas with commercial potential. Matt Penas, a pre-accelerator manager at TURN8 says “our accelerator is looking for the best teams, the best ideas, the best products and the best developers. We chose two startups from what was originally 55 teams and that wasn’t easy.”

Disappearing children is evidently a huge problem in the world. According to the available statistics, once every 30 minutes a child is lost and every 6 hours a child is lost forever. Wokka Lokka’s app idea tries to counter this issue. This startup which was one of the chosen teams to participate in TURN8 accelerator aims to keep parents in the loop about where their children are located at any given time. The app uses GPS and trackers to keep up with kids whereabouts. Matt Penas commented that “as a father I couldn’t look past Wokka Lokka, it was well thought out”. This issue has existed for a long time and the technology to resolve it has also been around for some time, the ingenuity however is in how this app brings together “different technologies into one” explains Sergey Nosov, “so that parents will be able to lessen their worry about their children’s safety.” The app is not focused only on the Russian market but plans to extend to the U.S. and European market where parents are equally concerned about the safety of their sons and daughters. The second winning team, E-contenta, which intrigued Mr. Penas, is an online behaviour analyser. It analyses the behaviour of internet users and figures out what each person would like to watch, listen to, read and buy, thereby fulfilling the dream of many companies, to create a personalized online marketing service for millions of users. By collecting data from many sources, and forming a unique algorithm of recommendations and settings for how they are dispatched, the system helps businesses operate effectively by finding loyal clients rather than suggesting products to users that don’t match their actual needs or wants. E-contenta is already synced with Bookmate, as well as Vidimax, MyBook, RuTube and Tviz. Some other ideas presented by teams at Demoday included, a special hydrogel that holds in moisture for long periods and can thus be used to help crops grow in arid regions, and a chat-bot that can be used to find a jogging partner or someone to go to the cinema with, anywhere in the world. Although not everyone got a chance to go to Dubai and participate in the TURN8 accelerator Mr. Penas encouraged the participants by saying “the fact that your team made it to Demoday is very important. Stay connected to accelerators and investors. Keep moving, working and looking for support, and everything will work out”. Evgeny Turvinenko, investor and head of VentureClub.ru noted the quality of the projects that made it to the finals. He particularly praised Kickcity - a service for searching for, creating and promoting events in the city, and also Foyt with its healthy foods and LeadCooker, which help personalize mass emails. He also suggested that the teams should continue keeping in touch with investors as their situation might change and could invest in them in the future.