St. Petersburg and the Yakutia Republic Develop IT 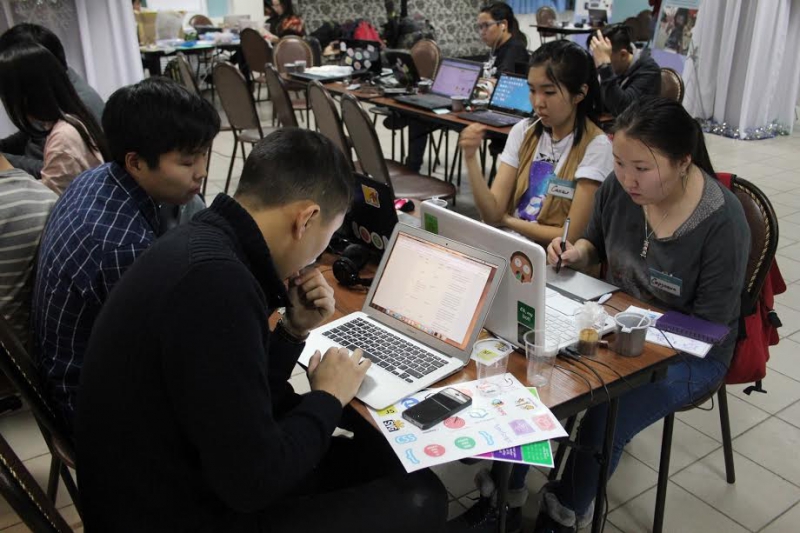 A hackathon is a forum for developers, designers and managers work on project together. The HackYKT brought together 130 participants who were divided into 17 teams. It resulted in 20 IT projects devoted to games, the Internet of Things, online services, AR and VR (augmented reality and virtual reality).

The hackathon in St. Petersburg opened its doors for about 10 students from Yakutia, most specialists study at ITMO. During two days and one night the participants were working on projects so as to present the results for the expert committee and guests. The presentation took place at a pitch session on the third day.

The "Sitegen" project, a service for making a website in five minutes using one key word, became the winner. The jury also appreciated two projects from St. Petersburg. The first one, "Hide and Kill" is a corporate game based on AR, where players use their cell phones instead of guns. It was developed by Maksim Tretiakov, student of the Department of Computer Engineering and Design, and Georgi Gerasimov, who studies at the Department of Informatics and Applied Mathematics. The second one was called "Good Luck," which is a service where clients can find beauty specialists. The project was made by Albert Dmitriev, a student at the Department of Advanced Mathematics.

All participants were awarded with VR glasses and souvenirs.

According to Anatoly Semenov, head of the "Yakutia" Technopark, every year such events become better and better — they attract more participants form different cities. Currently not only students, but also IT communities joined the Hackathon. St. Petersburg constantly makes contacts with Northern regions of Russia. Recently, St. Petersburg Days took place in Yakutia. Furthermore the Ministry of Education of the Republic of Sakha (Yakutia) and Rector’s Committees of St. Petersburg and the Yakutia Republic reached the three-way agreement. The partners also make contacts in the field of professional education of high-skilled experts from Russian regions. For instance, the winners of "My profession is IT" Contest as, for instance, Georgy Gerasimov, Maksim Tretiakov and Albert Dmitriev, become ITMO University students. The main award is studying for free as participants of a grant program.

"At the 33rd World Conference of International Association of Science Parks (IASP-2016 Moscow) at the end of September, ITMO’s Technopark and the Science Park of the Yakutia signed a cooperation agreement," says Olesia Baraniuk, deputy chair of ITMO’s Technopark. "The Hackathon was a wonderful opportunity to test this partnership. We plan to launch several events like the Russian Startup Tour 2017, which will take place in Yakutsk on January 30−31."