This spring, ITMO University launched its first acceleration program developed together with a major company – the 5G-focused track ITMO Accelerator + MTS. ITMO.NEWS reached out to the winners and organizers of the startup to learn about their experience. 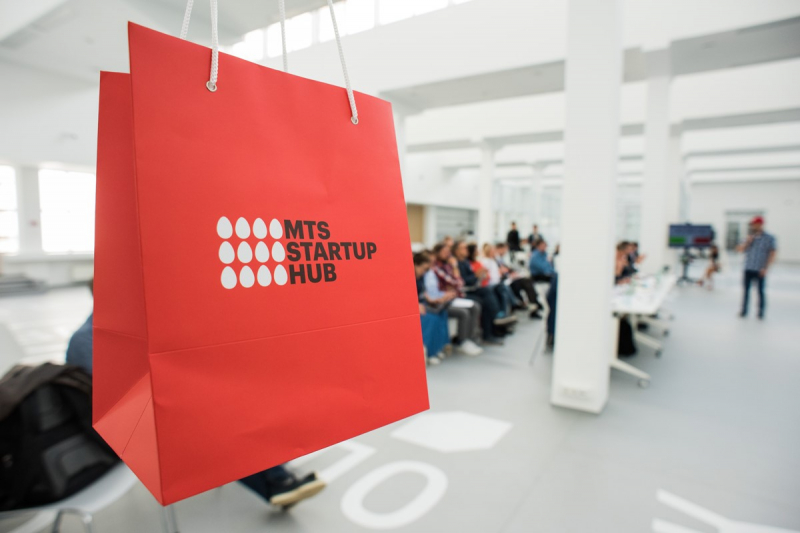 Out of the 50 teams that submitted applications to participate in the 5G acceleration program, only ten were selected. For three months, startups plunged into work with experts from ITMO Accelerator and MTS Startup Hub. Just like the participants of other tracks, the teams were assisted by mentors from ITMO University, but beyond that, they had one-on-one consultations with MTS specialists.

Immersive services and automation received the highest number of applications. A representative of ITMO Accelerator explains such interest by the fact that 5G is a new technology, and many startups do not yet understand how to adapt its capabilities to their tasks – but the successful projects that took part in Demo Day got good at it.

Seven startups made it to the final presentation, with FASTEP and Robosharing named as the winners. As prizes from MTS Startup Hub, they received a platform and cloud resources for network development and testing, workplaces at the 5G MTS StartUp Hub at the Exhibition of Achievements of National Economy (VDNH), access to the demo zone, as well as a chance to present their project to MTS top management and external experts at MTS Demo Day with the prospect of attracting investments or receiving a 500,000 ruble grant.

“Today, the market has great demand for IT solutions in the field of industrial automation and immersive AR services that increase the efficiency of equipment maintenance and staff training, as well as minimize production errors. The two selected projects proved the validity of their hypotheses and became residents of the second intake of 5G MTS StartUp Hub. Incubation at the Center will help startups to refine their solutions for next-generation networks,” said Dmitry Kurin, the head of MTS StartUp Hub Innovation and Investment Center.

FASTEP is an app that helps users make better use of household appliances with the aid of augmented reality (AR) technologies. The FASTEP database contains 1,500 step-by-step manuals for five classes of household appliances. When you point your phone at a device, neural networks recognize the latter’s class and model, check their database for relevant manuals, and then offer you several applicable ones that you can use in the augmented reality mode.

“Speaking of the track, it would be more honest to say that we didn’t choose it, it chose us. The fact is that our technology has a huge potential which is multiplied by the integration of 5G networks. We are promoting a solution at the intersection of several technologies that need an advanced communication infrastructure, which is exactly what MTS provides. But not only that – the company also has supreme experience in working with corporate partners who can benefit from our product. Our main goal was to reach potential customers for further interaction – and we did it. It’s mainly due to the cooperation of the Accelerator and industry representatives. In my opinion, this model is the key to successful project selection and a productive post-acceleration period. After all, startups have access to highly specialized experts and, at the same time, the opportunity to find out the opinion of a potential customer,” comments Sergey Solyanik, the CEO of Spider Group and founder of FASTEP.

He also adds that during the acceleration, the project team tested its hypothesis on the demand for FASTEP in the industrial sector of the economy.

“We managed to conduct a series of interviews with business customers and, before the end of the program, immerse ourselves in the problems of large enterprises. I can safely say that now we understand the market much better than before acceleration," says Sergei Solyanik.

Robosharing is a project that uses robots in a SaaS model to automate logistics, industrial and harvesting processes. The product is applicable for the delivery of everyday goods using mobile delivery robots or as a set of sensors for an unmanned complex for a forklift in the automation of warehouse equipment or production. The use of 5G helps users move from expensive robot computing to cloud resources, which also consume less energy.

“We joined the Accelerator with 5G technologies for navigation in spaces, but in the process we figured out in which business cases we can achieve more. Participation in the Accelerator made a significant contribution to the development of the project, and the work with mentors and trackers was especially fruitful. I’d like to express our sincere gratitude for their advice and assistance. Today, we know about several companies that are interested in implementing our pilot projects with MTS. We are running trials, and if they are successful, then we will start to attract investments and expand our project,” said Daniil Panchenko, the Robosharing project manager.

Dave Vasquez, a scout at MTS StartUp Hub, came up with the idea of a joint track after he attended the Demo Day of ITMO's Pre-Accelerator. Most of the program was set to take place offline despite the fact that the experts live in Moscow. Lectures, networking, and just a few additional online events were planned. However, due to the pandemic, the program had to be revised.

“Despite the fact that a lot of things didn’t go as planned, we are happy with the result. It should be kept in mind that for ITMO Accelerator this is the first experience of creating an affiliate program with a major company. Now, we better understand the strengths and weaknesses of such projects – which is already valuable. We are grateful to the representatives of MTS for their involvement. The workload of MTS Startup Hub is several times higher than that of ITMO Accelerator: they have more projects, they are looking for promising startups across the country, and at the same time Denis Panasenko, the head of MTS 5G Center, found time to personally mentor the participants. It's great that startups had direct access to the top executives of MTS StartUp Hub: they could get deep experience from them and from us,” said Natalia Lebedeva, the PR manager at ITMO's Accelerator.

There are no further plans to repeat the 5G track in the near future, but ITMO Accelerator specialists are considering creating similar partnership programs focused on different fields