Coffee Map Project: Coffee to Go Without Waiting and Queues

ITMO Accelerator’s residents, the team of the Coffee Map project, have come up with a way to introduce information technologies into coffee culture. ITMO.NEWS spoke with the startup’s founder Ivan Zverev to find out more. 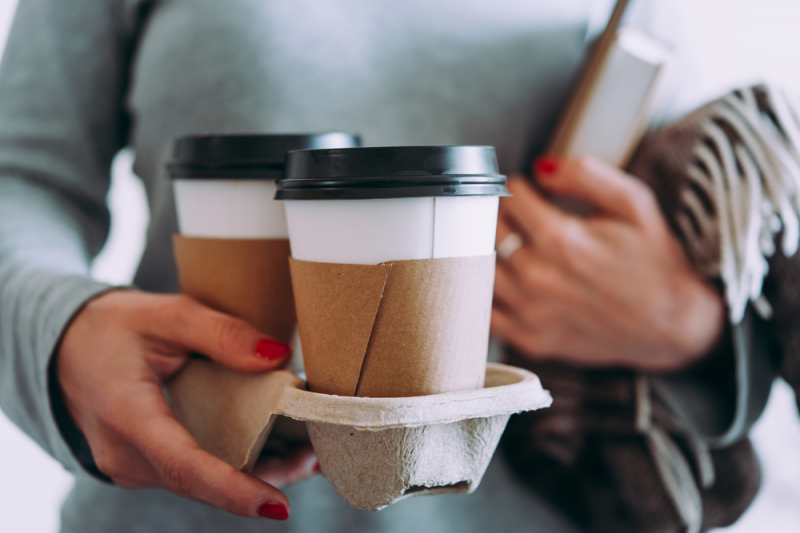 We’ve already become accustomed to using apps for ordering taxis, clothes, and food. But for some reason or other, the coffee shop industry has barely been touched by the digitization process. The team of the project Coffee Map are working on an app that will serve as a coffee shop aggregator and allow you to order coffee to go and pick it up at a specific time. The authors of the idea believe that the coffee to go market has long been in need of such an app – especially now, when going places is limited, and all food services have moved to delivery and takeaway mode.

ITMO.NEWS went into the project’s details with its founder Ivan Zverev: read on to learn more on how the app will function, who will be its target audience and how it could help coffee shops survive the crisis.

What is the main idea behind this app?

Coffee Map is a mobile app which gives you the opportunity to order coffee in your favorite coffee shop in advance or to pick up at a specific time. The problems that the app solves are many and varied: the queues, the long wait, the complicated payment process – for example, when a coffee shop doesn’t allow for cashless payments. Plus, today’s most topical problem – violating social distancing orders. The app also comes in handy when you find yourself in an unfamiliar district: through its ranking system you’ll be recommended tried-and-true coffee shops nearby. This also solves the problem of the lack of expertise, as we formulate it. Thanks to the feedback system, users will know which coffee shops are good and which aren’t, what they differ in, and what special features they have.

How did you come up with this idea?

I’m not a huge coffee fan myself, I’m just okay with it. But I have lots of acquaintances who regularly order coffee to go, and they often grumble at how long they have to wait and how inconvenient it is. And in general I’ve noticed that this sphere doesn’t have any digitization. Though the latter has spread to practically all spheres of our lives: we use apps to order taxis, groceries, takeaways.

The lack of digitization is a real problem for coffee shops. And I think it’s even more topical than, for example, for restaurants. This is because oftentimes, people order coffee to go in the mornings, during their commute to work – when they’re in a rush and time is especially of the essence. I thought that if a solution to this problem was to appear, this would make life much easier for everyone: clients would order coffee more frequently knowing that they weren’t going to be late, while coffee shops would be glad to have their client flow boosted.

We started to communicate with coffee shops on that matter – it turned out that above all they’re interested in additional clients and whether we could help them attract the latter. The food services, including coffee shops, market has significantly shrunk as of now. And coffee shops are ready to do anything to gain more clients.

Many are now launching delivery services in order to survive. Do you also plan to deliver coffee?

We’ve analyzed such an option, but this comes at too great a cost. This could only work if we managed to accumulate orders: roughly speaking, the delivery would pay off only if twenty residents of one building were to order coffee simultaneously, but this is obviously not very likely. So we dropped that idea, delivering coffee is too expensive.

What about competitors, there must be someone also thinking in this direction?

There were similar startups, but they didn’t manage to survive in the market. The problem of such aggregators is that if they don’t attract new clients, their partners break off, because the latter are only interested in increasing the client flow. Plus, Telegram bots have appeared not long ago – for example, one has been launched by the coffee shop chain Baggins Coffee. Our app, of course, beats their bot both in terms of convenience and functionality: there, you can only order coffee in ten minutes before you arrive. We don’t have these limitations, you can order whenever. They have, nevertheless, made their first step towards digitization.

Why, then, do you think that your app will make it? Do you have a special strategy?

We’ve loads of ideas on the matter. Many different strategies can be implemented thanks to coffee shops and their willingness to cooperate. I can say that the pivotal tool will be a common loyalty program for all coffee shops. On the basis of such a program, we’ve come up with a wide range of methods for attracting new clients. We also have the chance to use already established methods, those which have been tested before us by other food tech startups that have recently launched on the market. We’ve spoken with coffee shops about this and got their preliminary approval.

How do you plan to monetize?

We’re going to earn a percentage off of every order: the amount will be discussed individually with each coffee shop, but on average this will range from five to seven percent. Each coffee shop will also pay us a small subscription fee – for provision of services. This will help us support our operation.

What’s the situation with preliminary arrangements in general, have you managed to approach any major chains?

We haven’t approached any major market players as of yet, our focus being on  individual coffee shops and small chains. Large chains aren’t used to working with startups after all, they love the projects that have already established themselves on the market and proven their effectiveness.

Location-wise, we want to start with coffee shops on Vasilyevsky Island – just because our office is there – and then we, of course, plan to expand to the city center and suburbs. We have preliminary arrangements, here we’re helped by word of mouth – as all coffee shop owners communicate with each other, it’s important for them. If we prove our efficiency right from the start, others won’t mind joining.

How many people are working on your project?

Our team consists of two programmers, two designers, one developer, one salesperson and one marketing specialist – there are eight of us, me included. I’m responsible for the overall organization and a little bit of everything else: negotiating with coffee shops, web development (which is my specialization), and to a small degree design. Half of our team are students, another half combines work on the project with their main job. All of us are here for the idea, because we don’t have a lot of money yet – we chip in with our own money and are only just preparing to attract investments.

How did you assemble the team?

We already had a specific backbone starting out: me, Vladimir – an economist, and Mark – a former restaurant marketing specialist with experience of working at large chains. We’re all close friends, I managed to enthuse the others. Vladimir told his friends and colleagues about the project – and they got inspired too. As for the designers, I found them myself through networking. As a matter of fact, we make quite a tight-knit team, we all believe in this idea.

What stage is your project on?

We’re really close to the MVP (minimum viable product) stage and are preparing to launch as soon as possible – hopefully in July. Because now is an opportune time – quarantine is ending, everywhere is slowly reopening, and establishments really need a new intake of clients. We’ve spent a lot of resources on the app, it’s not quite ready yet, but we will complete it soon.

Could you tell us about your work at ITMO Accelerator? How did you get into it?

We got into it via Pre-accelerator. I heard about it from my friend and project partner Mark – he’s always been interested in the startup community. There, we got a good starting background. At Accelerator, the program is more interesting, it provides more subject-specific knowledge: how to present your team, how to negotiate, how to boost your soft skills, how to establish contacts. We get help in organizing meetings with investors and getting media mentions, telling people about our project.

We’re all head over heels with Accelerator and are grateful that it even exists. It has a very nice ambiance and organization, it’s just great to be here because you always know who to resort to for advice and know that you’ll always be helped. Plus, there’s a constant flow of useful information, knowledge, and like-minded people you can talk to – with  all of these people being very friendly.

How do you see your product developing in the future? Will you introduce some new features or functions?

We’re planning for quite a few unique features. For example, in the near future we want to introduce a technology where we’ll analyze a user’s alarm time and send a special push notification hinting that it’s time to order coffee from their favorite coffee shop – this we will also analyze, which place the user frequents the most. We’ll also have a calendar with a schedule, where you can indicate the days and specific times by which you need to have your coffee made. What we’ll get as a result is some sort of an automatic subscription – this will help users save some time.

Our global plan is to expand to Moscow and the entirety of Russia, and then the neighboring countries, if everything goes well in St. Petersburg. The European market is off the table – they have a different culture of consumption, people aren’t used to constantly rushing everywhere. They like sitting  in a coffee shop and talking at their leisure.