ITMO University coders took 1st and 2nd places at CodeChef SnackDown-16, annual global programming tournament in India. Ivan Belonogov and Ilya Zban, third-year students, were ahead of coders from University of Tokyo, who placed 3rd. Gennady Korotkevich and Boris Minaev, famous for their success at ACM ICPC 2015, became the winners. 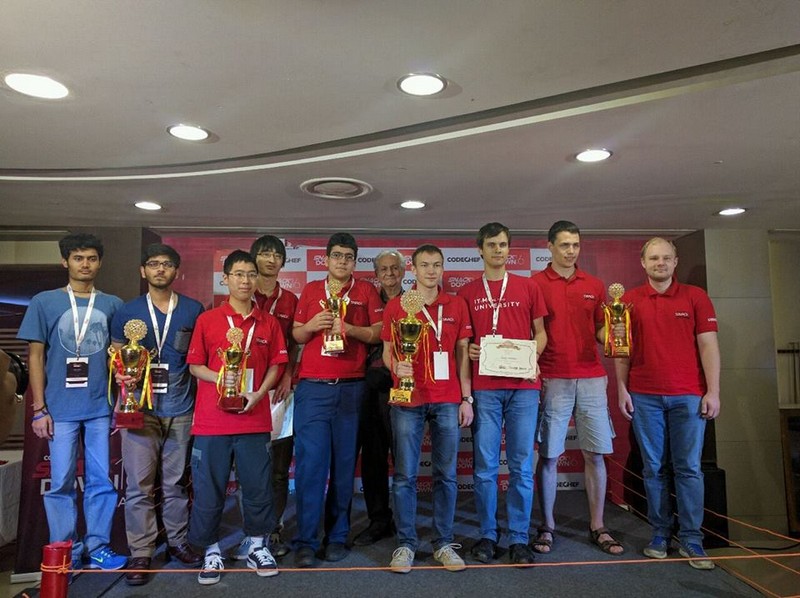 SnackDown tournament was organized in 2009 as a platform, at which Indians could compete with ACM ICPC champions.

“Currently India has an extensive programming community. This year it was the first time when the tournament attracted participants from so many countries. It is a wonderful opportunity for Indians to contend with the best programmers from all over the world,” said Mr. Korotkevich.

This year best 25 Indian programming teams competed with 25 international ones that were selected upon the results of an online qualifying round. The participants join teams consisted of two coders. CodeChef SnackDown has the same rules as ACM ICPC – participants have to solve ten tasks as fast as it possible. If some two teams solve the same number of tasks one of them, which does that faster become a winner. The tasks were presented in four languages: English, Russian, Vietnamese and Mandarin Chinese.

Both ITMO University teams solved 10 tasks. This excellent result brought them 1st and 2nd places. It is two tasks more than coders from University of Tokyo managed to solve.