On December 8-10, 2019, London hosted the QS Reimagine Education international conference, which brought together representatives of universities, research institutions, technological companies, startups, and nonprofit organizations, who gathered to discuss the prospects for the development of higher education and its evolution. As part of the conference, a competition of innovative projects in the field of education was also organized. This year, ITMO University’s SCAMT International Research Center’s project SCAMT Workshop Week became the only representative of Russia in the competition’s shortlist. Read on to learn more about the project and its international recognition. 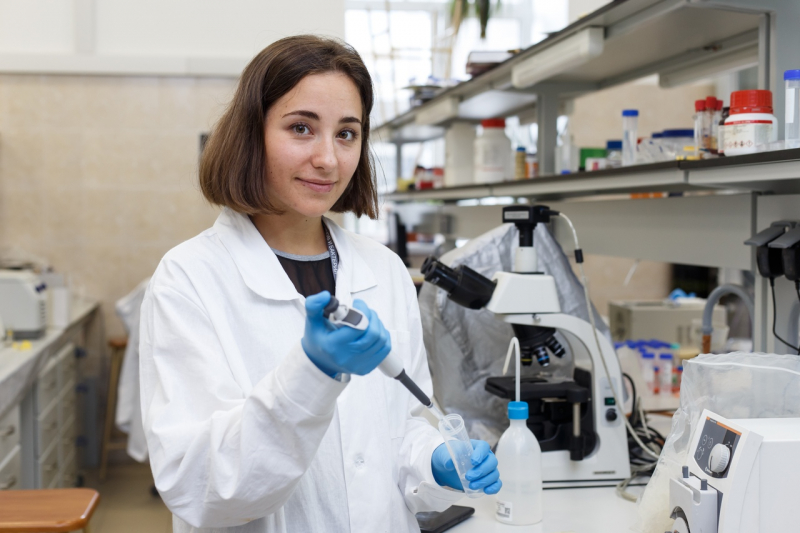 QS Reimagine Education is an annual prestigious international competition held under the auspices of the Quacquarelli Symonds (QS), a company specializing in worldwide university rankings. Though this conference doesn’t have anything to do with QS University Rankings, the agency’s authority attracts speakers and participants from different countries and fields, interested in discussing the global trends in modern education.

“Reimagine Education is not just a conference, it’s, first of all, a competition of projects, programs and interesting developments at both universities and companies,” comments Ilya Kuftiryov, the Head of ITMO University’s Rankings Research Center. “Companies and universities compete in 16 categories, such as ‘Best educational app for smartphone’, ‘Virtual reality’, ‘Interaction with employers’, and so on.”

The first round of the competition is open to everyone to take part in. Then, about ten nominees are selected in each of the 16 categories. For example, this year, a total of 158 projects from all over the world made it to the shortlist of the competition.

The project by ITMO’s SCAMT International Research Center, SCAMT Workshop Week, was presented in the shortlist in the category “Cultivating curiosity”. This category features unusual and unique educational programs and projects aimed at enhancing student learning outcomes and employability. Though ITMO University’s project didn’t win, the mere fact that it made it to the list of nominees gave SCAMT the opportunity to present their project in London.

“If you are included in the shortlist of the competition, you get a chance to present your project at the conference in the format of a seven-minute presentation, and based on these presentations, the winners are then selected,” says Ilya Kuftiryov. “What is also remarkable about this project that it’s the only project conducted by Russian researchers that was shortlisted in the competition, not only in this particular category but in all of them.”

SCAMT Workshop Week (SWW) is a new format of summer and winter schools, developed by specialists of SCAMT Center. In the course of a week, its participants attend lectures and participate in workshops, as well as work in groups on their own projects. Chemists, physicists, mathematicians, and engineers work together on modern equipment in order to find solutions to global challenges.

“Our goal is to demonstrate that science is not done alone,” says Polina Khapaeva, Development Director at SCAMT. “SWW is an interdisciplinary project, which means that the projects we work on do not belong to the realm of one particular field, but instead encompass a wide range of areas, such as nanopharmaceutics, inkjet printing of functional materials, biology, microbiology, and so on. Another distinguishing feature is that almost all work is done manually. It often happens that Bachelor’s students, especially in Russia, have no practical experience and have no idea about how to work with modern equipment. Our school is aimed at giving them this experience, as well as an opportunity to work on their own project. We want the teams formed as part of our schools to continue their work after the end of the course and evolve into research groups and then to startups.”

The best participants of the school can get admitted to one of ITMO University’s SCAMT Master’s programs without entrance examinations. A total of 40 students from different Russian regions and abroad have already been selected for participation in this year’s winter school, which will be held in January 2020. They will work on projects related to the development of a model of the circulatory system suitable for testing thrombolytic drugs made of plant materials, DNA nanomachines from individual DNA sequences, and the synthesis of hybrid material based on natural spider silk and inorganic, optically active nanoparticles.

In the future, SCAMT plans to expand the range of format of schools and organize special schools for school students as well. There are also plans to develop a workshop for people who are not related to science. since now there are many adults interested in research and willing to understand how things work from the inside.

“For us, getting into the shortlist of this competition is an opportunity to become more recognizable among international participants,” adds Polina Khapaeva. “Once a year, we organize a workshop in English. For Russian students, it is a chance to improve their English, while for international students it is an opportunity to visit Russia and find out how research and education are done at SCAMT so that they can come to SCAMT as Master’s or PhD students. And, of course, it means that we’re moving in the right direction and our project is recognized not only in Russia but worldwide.”