Moscow is Illuminated with Magic

Magic of Light exhibition had a great success in St. Petersburg. Now one can enjoy optoclones and realistic holograms in Moscow. Read more about the combination of magic and science. 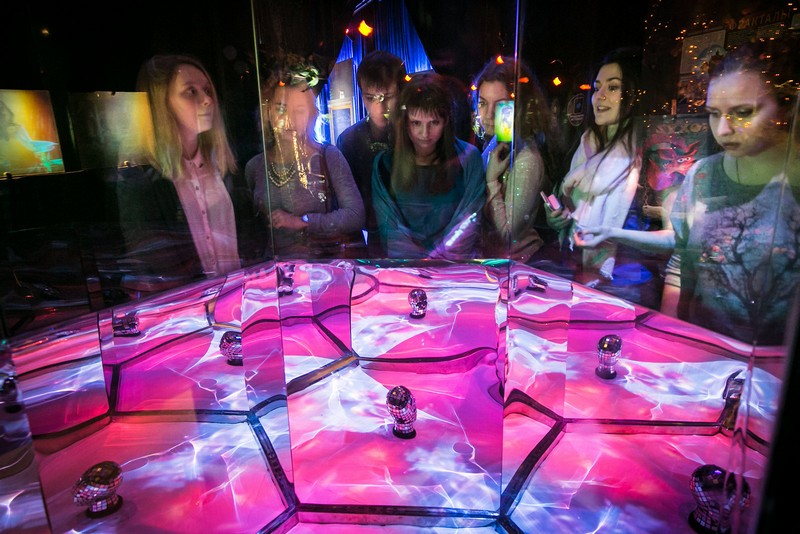 The Exhibition Magic of Light opened its` doors in summer, 2015 in St. Petersburg. Despite the fact that more than 82, 000 visitors have enjoyed wonderful exhibits and installations, the dwellers and tourists continue to take pleasure in light magic: Magic of Light. Lite is still popular now. Organized by ITMO University and Museum of Optics the exhibition presents some of MoL`s displays.

The first city, which hosts Magic of Light, is Moscow. The project also includes Alice in Wonderland exhibition dated for 150th anniversary of the famous book written by Lewis Carroll. Sergei Stafeev, Dean of Department of Natural Sciences and the main supervisor of MoL, who took part in the opening ceremony, noted that a combination of holographic phenomena and fabulous elements made this event marvelous.

“ITMO University is famous for its` young programmers who win the most prestigious international contests. It is important for us to present the achievements in other fields like optics and photonic technologies. We are proud that Yuri Denisyuk, one of the founders of optical holography, was a graduate of ITMO University,” said Mr. Stafeev. According to Oksana Solnyshkina, organizer of the exhibition, it differs from other exhibitions because presents interactive displays that involve visitors and make them feel not like observers, but as participants. Furthermore students of technical departments serve there as guides showing guests around. Instead of formal approach they present exhibits enthusiastically.

Alexander Tikhonov, head of Higher School of Economics` Department of Electronics and Mathematics, supposes that other Russian universities should organize the same activities attracting students because their initiatives are the main parameter of university`s quality.

Visitors may look at more than 200 MoL`s exhibits such as holographic copies of the Hermitage`s masterpieces, Scythian art`s items and many others. The main highlight of Magic of Light is 13 super realistic optoclones of Fabergé eggs. “About twenty years ago one had to move exhibits from the Hermitage to a laboratory to make their holograms. Nowadays we use portable optical recording equipment developed by and Greek experts. We spent about a year to make the optoclones. The first challenge was to choose the most appropriate recording technology, it took about four months. Fabergé eggs comprise dissimilar objects such as metals, enamel, jewels. That is why it was very difficult to make such holograms.  We managed to develop holograms of St. Petersburg Fabergé collection. Then we plan to deal with Moscow one,” noted Mr. Stafeev.

The second part of the exhibition is devoted to optical effects. Visitors are offered to look at relief images that deform the perspective, realistic mirages made with parabolic mirrors and anaglyphical pictures. Guests can also take part in interactive activities such as “fractal cinema” and “parallel reality” amusement arcade. The exhibition was organized by ITMO University in alliance with Hellenic Institute of Holography. Among its` partners there is also Higher School of Economics National Research University, which initiates several popular scientific lectures and workshops. The exhibition will be open for visitors from February 10 to the end of May 2016. It takes place in Moscow, 7 Myasnitskaya street, building 2.