ITMO University in Global Top-500 According to Latest THE Rankings

The 2020 edition of the Times Higher Education World University Rankings was made public on September 11, 2019. The rankings have been expanded once again and are now comprised of 1,396 universities as compared to last year’s 1,258. ITMO University is included among the rankings’ top 500 universities and has shown a positive growth dynamic in nearly every metric. ITMO is also ranked fourth among the 39 Russian universities included in THE WUR 2020. 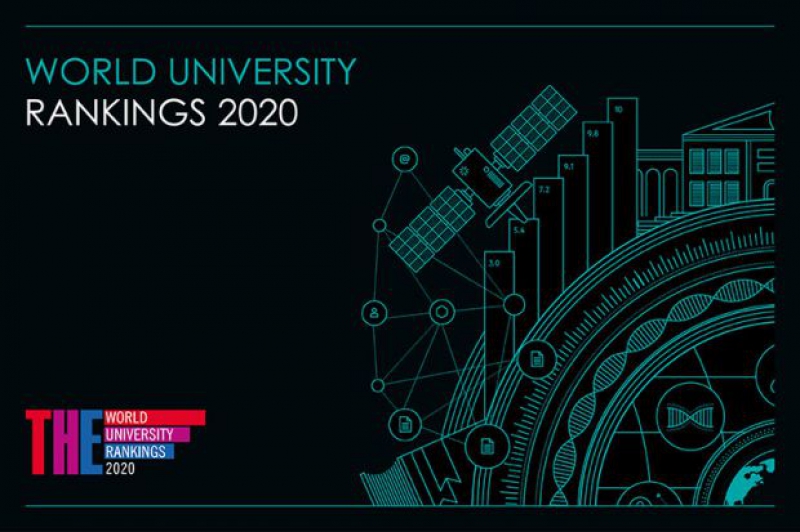 Most weight is given to the areas Citations, Teaching, and Research, which account for 30% of a university’s rank each. Other areas measure an institution’s level of internationalization (International Outlook) and amount of knowledge transfer with the industry (Industry Income).

The data used to form the rankings comes from three sources: statistics provided by the universities, the Scopus database, and a survey of academic experts. Respondents of the survey are chosen at random based on the list of authors with a personal Scopus profile. The rankings’ methodology has not undergone any significant changes since 2018 and took into account publications made between 2014 and 2018 and citations of these publications in the period of 2014-2019.

This year, the published section of the rankings has once again been expanded and now includes 1,396 universities from 92 countries. For comparison, last year’s rankings included 1,258 universities, and the 2017 rankings were comprised of 1,103 universities.

A total of 39 Russian universities are present on the list, which is four more than last year. Notably, five Russian universities are making their debut in this year’s rankings. The Russian leader, Lomonosov Moscow State University, has preserved its spot in the top-200. It is followed by two other participants of the 5-100 Russian Academic Excellence Project – Moscow Institute of Physics and Technology and the Higher School of Economics – in the 201-250 and 251-300 ranges, respectively.

ITMO University in THE WUR: major growth in Industrial Income and International Outlook

ITMO University has entered the global top-500 after placing in the 501-600 range last year. It is also rated fourth among Russian universities, demonstrating a positive growth dynamic with each year. In last year’s rankings, ITMO University was rated fifth among the 35 Russian institutions on the list; in 2017, the University was ranked ninth among 27.

According to the staff of ITMO University’s Rankings Research Center, the University’s most notable growth has occurred in the indicators for Industry Income. ITMO scored 84.6 points (compared to last year’s 68.5) and is now ranked 86th globally in this key area.

With 62.1 points, the St. Petersburg-based university has also gained almost ten points in the International Outlook area, one of the highest scores among all Russian universities in the rankings. As Ilya Kuftiryov, the head of ITMO University’s Rankings Research Center, notes, these improvements are largely owed to the increased share of international members of academic staff at ITMO, as well as the share of international students and co-authors of research articles.

“In recent years, ITMO University has been becoming increasingly more open, and that includes our collaboration with external stakeholders: employers, partner companies, research centers. These days the competition takes place less among universities than among ecosystems, and the dynamics of THE rankings are quite reflective of that,” says Ilya Kuftiryov.

He also adds that successful attraction of research funding and co-financing of the University’s projects by partner companies reflects on its financial, scientific, and reputational performance in the rankings.

“As for predicting future points of growth, I believe that I would not be mistaken if I point to the University’s reputation scores in the fields of education and research. This is, I’ll say, a shared challenge for all Russian universities in the rankings. To accept that challenge is to focus on further internationalization, on joint educational programs with the world’s top universities, on the development of corporate Master’s education, on international research and staff. It is this type of transparency that can be expected to provide future growth in recognition and international reputation,” concludes Kuftiryov.

We’ll also note that ITMO University was also included on the list of the world’s top 500 universities in the QS World University Rankings, published by the British company Quacquarelli Symonds (QS). After improving its performance in all six criteria of the ranking, ITMO University was ranked 436th after placing in the 511-520 range in 2018. ITMO also made its debut in the Automation and Control section of the Global Ranking of Academic Subjects (Shanghai Ranking) by placing in the global top-100, and also secured and improved its positions in three other subjects of the Engineering group.