As part of the grant, researchers from ITMO and their colleagues from University of Helsinki will implement a comparative study of recycling practices in St. Petersburg and Helsinki. 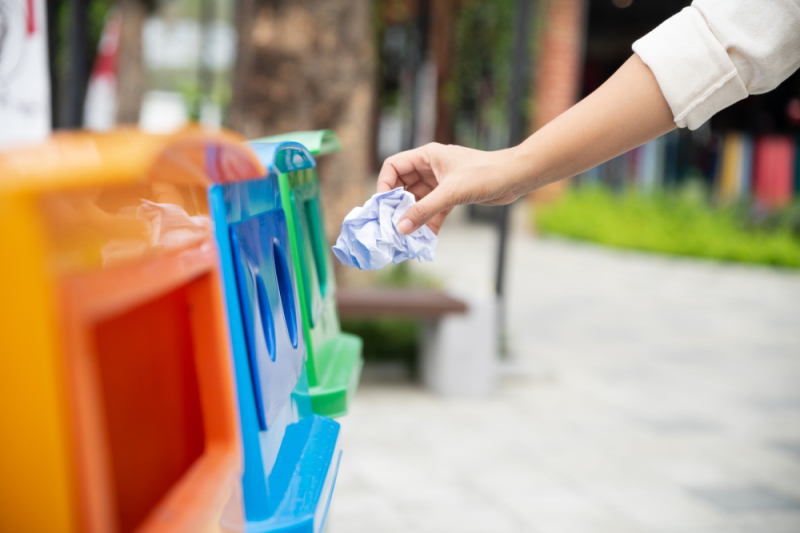 QULLAB, a laboratory of the quality of urban life, was established at ITMO University’s Institute of Design & Urban Studies in 2017. The lab examines the quality of life in cities by analyzing the values, needs, and behavioral practices of citizens. Its staff develop digital tools that allow them to collect data on the city dwellers’ perception of their environment. Thus, for instance, they’ve developed the interactive map Imprecity, which provides an “emotional ranking” of St. Petersburg’s public spaces; in the future, the project’s scope is expected to include other Russian cities.

Right now, the laboratory is closely collaborating with public organizations and foundations (such as the Creative Practices Foundation and the Kind City charity), the city administration (it recently conducted a study with CLD ITMO University as part of a project for the development of St. Petersburg’s lighting environment by request of the Committee on Urban Planning and Architecture), and commercial organizations, artists, and urban activists (in December, the QULLAB team co-organized the urbanistic art-lab 25 Lines in collaboration with the Mayakovsky Library and the Perfobufet theater company).

It was at the same time that the laboratory had been awarded a Kone Foundation grant jointly with the University of Helsinki. The project, led by Angelina Korsunova (University of Helsinki) focuses on the subject of recycling and a comparison of the two countries’ practices as seen in St. Petersburg and Helsinki.

Experts Alexandra Nenko, Marina Kurilova, and Anastasia Galaktionova (QULLAB) spoke with ITMO.NEWS about their project, plans, working with eco-activists from the two countries, and the results they expect.

About the grant and on working with colleagues from Finland

Kone Foundation was established by Heikki H. Herlin and Pekka Herlin in 1956 as an independent non-profit organization. Its aim – to make the world better by promoting daring initiatives in the fields of science and art. The foundation supports practical projects that may also include a research component.

We met our Finnish colleagues through the three-year project Smart-Up BSR, which centers around the development of smart-city practices in the Baltic region. The project was supported by the Interreg foundation and ITMO University represented St. Petersburg. Last summer, our team hosted its penultimate InnoCamp in the online format. We spoke with Angelina Korsunova and decided to continue our collaboration on a comparative study and various articles. It was she who suggested that we apply for a Kone grant competition themed around sustainable development within the context of Finnish-Russian cooperation.

We prepared a project summary, attached the results of an original study, planned a series of interesting products, and presented a clear-cut plan for how we’d present the results using storytelling, interactive maps, and experiments.

We picked the topic of circular economy because it corresponds to the global challenge of urban development, which comes with rising environmental risks and a need to reduce our waste footprint. We also picked a topic that we and our Finnish colleagues have in common – sustainable urban development. We’ll be looking at it through the prism of citizens’ values and everyday practices.

The core idea is that if we look at citizens as consumers, the spectrum of their rights and responsibilities in the urban space narrows down. As consumers, they only buy things and use their environment. But if we look at them as active citizens who recycle, renovate, repair, and create, the conclusion would be that they can create new valuable things and preserve their environment.

When it comes to St. Petersburg, we’re personally – or via our friends and colleagues – acquainted with environmental movements such as Musora.Bolshe.Net (No More Waste), Razdelniy Sbor (Waste Sorting), and Chistye Igry (Clean Games), as well as individual eco-minded activists, journalists, and bloggers who will hopefully join our project. Our team also has a wealth of experience in research and working with communities (urban, neighborhood, creative), but this is our first time working with the environmentalist movement.

On research and involvement practices

Our project seeks to study the values and everyday practices of those citizens of Helsinki and St. Petersburg who are already engaged in the eco-friendly lifestyle and recycle, sort waste, and so on.

The ABC model developed by Gregory Guagnano and Paul Stern states that behavior is a result of the balance between attitudes and context. The more disappointing the context (lack of infrastructure, expensive or time-consuming efforts), the less likely will people be ready to act sustainably even despite a positive attitude towards the environment.

The contexts in Finland and Russia are strikingly different from the point of view of recycling and waste sorting infrastructure. Nevertheless, both contain activists and grassroots movements that find themselves outside the social norms. We’d like to determine how pro-environmental attitudes form in St. Petersburg’s “difficult” context and what drives the citizens of Helsinki to venture outside the formal requirements on waste sorting and recycling and become part of the circular economy. That’s why the short name of our project is Circular Citizens.

We want to emphasize the contrast: in Helsinki (and Finland in general) they’ve got everything they need to live eco-friendly on the state and municipal levels. For instance, they have waste sorting stations on every block. In St. Petersburg, eco-activists and eco-friendly citizens have to overcome a number of hurdles: from lack of waste sorting stations to lack of understanding from friends and relatives who are not environmentally conscious.

In this manner, the eco-minded citizens become social innovators. They apply their personal resources (time, money, effort) and values to promote recycling and waste sorting practices within the urban environment. We’d like to showcase the stories of eco-activists and “eco-followers” to inspire our project’s audience through these personal narratives.

In addition to stories, we want to map locations and routes frequented by eco-minded people – waste sorting stations, eco-friendly stores, thrift stores – and show how people living in different districts travel to these places.

The result will be a landscape of St. Petersburg’s environmental practices in the form of an interactive map. On this task, we’d like to collaborate with Greenpeace Russia, who have also made Recyclemap – a website that lists waste sorting and recycling stations in Russian cities.

We’re also planning to carry out precycling, recycling, and upcycling experiments for the students of those schools that ITMO University is partnered with. We’ll use educational games to show them examples of simple, but effective eco-practices, such as what to do with old clothes or how to build your own vermicomposter.

The project launched this January and will come to a close in December 2023. Its final goal sounds quite ambitious: we’d like to tell people about eco-activists’ values and motivations and tell the new generation of citizens, namely school students, more about how they can live in harmony with their environment.

We also want to make our contribution to the cross-border partnership between Finland and Russia. These countries have a very different approach to recycling. In Finland, everything is sufficiently regulated and there is constant support from the government. This provides a stable foundation, but has a side effect of “suppressing” grassroots eco-movements.

In Russia, meanwhile, the promotion of an eco-friendly lifestyle through citizen initiatives is of foremost importance, since recycling here is a personal choice and not a compulsory obligation. We’d like to analyze these two approaches and establish conditions for a mutual exchange of experience.

The project is split into three stages. First, we’ll put together a database of existing eco-movements and initiatives in St. Petersburg and Helsinki. Then, we’ll conduct a social survey among the leaders and regular members of the environmental communities and opinion leaders in the field of recycling.

For the second stage, we’ll conduct a participatory mapping study in St. Petersburg to visualize recycling-based locations and routes within the context of the city. In Helsinki, we’ll conduct a survey among citizens to learn about their attitudes towards the zero waste concept.

The project’s final stage aims to educate school students through workshops and experiments. In this manner, we’d like to help cultivate values and knowledge of the circular economy among the younger generation.