Crocodile Tears, Plant Afterlife, and Mystic Science: What to See at the Paranature Institute Exhibition

Until February 14, the doors of the Marina Gisich Gallery are open to visitors of the Paranature Institute, an exhibition showcasing the works of students and graduates of ITMO University’s Art & Science Master’s program. This is the renowned gallery’s first-ever collaboration with student artists. We spoke to the event’s curators and participants about what this means not just for the Master’s program, but the city as a whole, as well as how science art is being received by the art market and what are the biggest challenges in presenting and marketing such works. 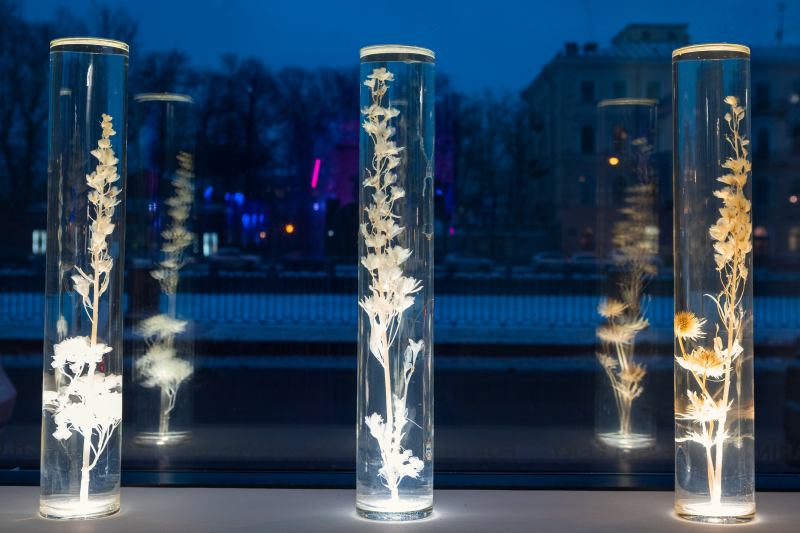 The Paranature Institute exhibition is the result of a collaboration between the Art & Science Master’s program, the Masters Digital online platform, and the experimental initiative Marina Gisich Projects, through which the well-known St. Petersburg-based gallery intends to implement daring projects by young artists. According to curators Khristina Ots and Anna Kaplan, the decision to host a science art exhibition is a bold one for a gallery that tends to work with the more conventional forms of contemporary art and has been among the most successful galleries in terms of sales. After all, science art still exists in a gray area: few know how to work with it, how to present it, how to store it, and, most importantly, how to sell it.

“Classic galleries don’t often venture into science art. But there is definitely some interest. We often meet art dealers and curators and tell them about what our students are doing, where it’s all heading,” tells us Khristina Ots. “Of course, there are nuances. After all, these works have a life of their own: they change constantly and require special conditions to function throughout their exhibition, especially when it comes to bioart. That leads some to wonder why they would want to buy them – and that’s an issue everywhere, not just in Russia. It will take some time for this field to be fully understood, but it’s great that here in St. Petersburg it’s already being showcased in galleries.”

The curators’ main goal was to show a “cross-section” of science art to a wider audience unfamiliar with the field. At the same time, it was important to maintain a balance between accessibility and the complexity of conceptual, scientific, and technological components. That is why the exhibition consists of works with pronounced, easily perceived messages that are also visually attractive and, one might say, Instaworthy.

“Of course, this is an experiment. We don’t know whether these works will sell. But it’s an important experience for young artists because it means they’ve made it onto the art market. We can’t give them that opportunity with the university’s AIR gallery, as it operates within a more educational context and doesn’t work with collectors and buyers,” explains Khristina Ots.

The exhibition imagines a fictional research institute of science and art in which science is aestheticized while art is made complex and bureaucratic. Its artists use scientific methods, but purposefully subvert and mystify them to counter the formalist approach and re-imbue nature with its “paranormal” qualities. As a result, they show that rational perception is, too, in a way, a scientific myth.

“We wanted to reflect on the process of “disenchantment” – the moment when our idea of nature as something otherworldly, magical, and untameable by humans was replaced with the paradigm of rationality and science as the absolute truth. Here, we have a kind of parascience: the artists treat scientific knowledge as a myth – a collection of ideas about nature that are inflexible, narrow, and self-contained. And it is this final quality that the artists attempt to combat using artistic methods. They take these explicitly scientific tools and methods and make them work not for some rational or practical goal, but to let us view the world through another lens,” explains curator Anna Kaplan.

The majority of the works on display at the exhibition deal with the subjects of interspecies communication and interaction with biological material through philosophical concepts. For instance, Sofia Osbanova’s interactive installation I – Other is a depiction of the inability to fully understand another creature. A key element of it are artificial tears of reptiles, birds, and mammals produced in lab conditions. Viewers are invited to apply the tears to their faces and try to empathize with the animals’ sensibilities and experience. And then – to realize that this is an impossible task.

“Animals don’t channel emotional concern through tears, only humans do. But reptiles do produce tear fluid for various reasons, such as when eating. It may appear as if they mourn their victims – hence the expression “crocodile tears.” There is a communication barrier between us and other species, which only reinforces our illusion that we can understand other animals. When we talk to pets, we interpret their actions in accordance with ours, humanizing them. On the other hand, some may reject the possibility of animals having a complex spectrum of emotions, objectifying them. These are the two extremes that are both based not on reality, but on our assumptions. All because the true experience is inaccessible to us,” says Sofia Osbanova.

Another project that ponders the souls and feelings of other species is Ghost Plants, created by Laura Rodriguez in collaboration with Evgeny Khlopotov and Anton Schegolev. Translucent decellularized flowers raise the question of whether plants have souls. In the exhibit, the flowers, no longer capable of engaging in photosynthesis – their life’s work – are still alive in a completely new sense while their dreams are shown on a screen.

According to Laura Rodriguez, her main aim with this project was to spark empathy through close interaction and observation. The surprisingly stunning aesthetics of the final iteration were rather a lucky coincidence. However, it is exactly the kind of project that can attract the most public attention to works at the intersection of art and science.

“As artists, we rely on a multitude of scientific tools as artistic methods, but the tools you apply have to correspond to the message you are trying to convey. My work in particular wasn’t meant to be a scientific study, but rather a biotechnological project,” comments Laura Rodriguez. “I believe it’s crucial for galleries to be open to the new aesthetics – sometimes, artwork that was impossible to imagine at a gallery before naturally fits in, even if it’s an actual scientific project.”

An installation by the BIOROBOTY 019 art group is a great example of combining the method and the message. Никакого роста (No Growth) is a project about provincial towns and limited opportunities: three photographs demonstrate the results of printing with bioink based on intestinal bacteria. Enriched with a jellyfish protein, the bacteria glow in the dark. The closed system of a Petri dish mirrors that of a small town, demonstrating that even if growth happens, it is constricted by uncrossable artificial borders. However, blurring these borders might be a danger in itself: just like a bacterial culture can be destroyed by adverse conditions, such as fungi, spores, or other bacteria, a local culture can be lost to oblivion through globalization and centralization.

Even though it was originally created two years ago at a workshop hosted by artist Ippolit Markelov, this is the first time that the project is exhibited. The artists placed the photographs in laboratory-like surroundings yet encased them in a golden frame to ironically claim the work’s high artistic value.


"For us, it’s not just about moving from a small town to one of Russia’s capitals (or to the West); it’s about the art world in general. Does anyone need and value our work here? Is it possible to grow here or maybe we need to leave this place? Self-identification within specific borders is highly relevant in every field. Even a golden frame doesn’t help us solve this problem. But we don’t offer any answers or even our opinions, we only ask questions. We believe that art is first and foremost a chance to start a conversation,” explains Marta Mikhailova from the BIOROBOTY 019 art group.

Artist Pavlina Belokrenitskaya considers another interesting example of cross-species communication. She came up with the idea for the project after getting a new pet, a corella parrot. Almost immediately after that her plants started to look suspiciously better and demonstrated faster growth. Supposedly, the parrot’s feces served as a great fertilizer.

The artist went further and became curious about the ways plants, birds, and technologies communicate and why they all need each other. Using machine learning, she analyzed the effect her plants and her pet parrot have on each other. This helped her create a prototype symbiodevice. The new gadget will collect various data, such as the make-up of the bird’s microbiome and whether or not it contains all the organic compounds necessary for the plants. Moreover, the device will also moderate the symbiotic relations between the two species through automatic watering, regulating light, temperature, and humidity, as well as playing corella chirping sounds generated by a neural network based on recordings of live birds. Thus, the artist presents an alternative future where nature and technology unite to give birth to a symbiotic world based on mutual care.

Conversely, BREAK-IN, a project by Alexander Pogrebnyak and Anton Schegolev, looks at data as a space of chaos and horror. The artists view the flow of information as a thinking being that grows following its own inner laws and infinitely expands its borders. There is a choice to drown and get lost in it, or to try and work out its logic to discover a coherent narrative. However, any attempt to make sense is doomed. You might have had the chance to encounter this exhibit before at CYFEST, one of the major media art festivals in St. Petersburg.

The exhibition at Marina Gisich Gallery will be open until February 14. A digital version of the exhibition will also soon become available on the Masters Digital platform.