ITMO University’s Master’s program in Optoelectronics is ready for a fresh start starting from the next academic year. Cutting edge technologies and on-the-job experience will be the focus of the new educational program developed by a group of leading companies in the sector. The occasion will introduce an educational experiment in Optoelectronics, the first of its kind, in Russia. Dmitry Bauman, Professor at the Department of Light Technologies and Optoelectronics and Director for Research at INTER RAO LED Systems will head the new program. Speaking at the St. Petersburg International Educational Forum, Mr. Bauman told the audience what kind of specialists the program will train. 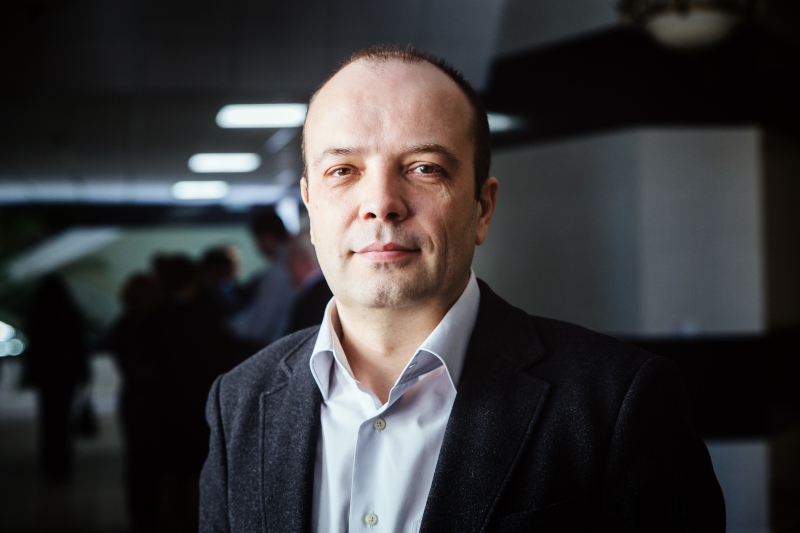 Who are the engineers of today for hi-tech business?

Problems in finding employment persist at the moment for recent engineering graduates, more so when it comes to high-tech industries. According to the latest research of the Public Chamber of Russia, 17.6% of young engineers continue to face difficulties in finding a job. That compares to only 6% of employment problems for graduate programmers, according to the Camber’s estimates.

Employers perceive the cracks in higher education programs as the root of this problem. Performing specific production tasks is never taught and even a general understanding of modern production specifics is not always given. This situation has been in place for the last 15 years, says Dmitry Bauman, Director for Research of JSC INTER RAO LED Systems (the corporation combines the assets of companies located on the territory of the Svetlana production association in St. Petersburg -- there, Russia’s largest LED and lighting devices production complex has been developed using the technological base of these companies).

"In recent years, our higher technical education has excellently coped with the training of specialists for the IT industry. We also continue to train good research scientists. But we face systemic difficulties in training industrial engineers,” says Dmitry Bauman. “I judge about this problem from my own expertise, having been working for a high-tech company myself for the last 14 years. During this time, graduates of Russia’s many technical universities came to us and, without exception, we faced the same predicament: job-seekers do not understand the fundamental difference between laboratory work, scientific research -- for which they are trained in higher education institutions -- and industrial development, technologies of mass production."

The solution to this problem could lie not only in active employment of industry executives as university lecturers, but also in their involvement in the development of educational programs. This is just what had been implemented at ITMO, following which a decision was made to restart, in cooperation with the industry’s leading companies, the University’s Master's program in Optoelectronics.

Working together began in 2013 when a cooperation agreement was signed with one of ITMO’s affiliated degree departments, the LED technologies department (now, Department of Light Technologies and Optoelectronics). First, within the framework of cooperation, student excursions to the JSC INTER RAO LED Systems were offered. Later the students actually got an opportunity to go through a full-fledged trainee program at the companies.

"After that, I developed a course on assembly technology which I taught at the Department and eventually I immersed myself in the educational process," says Dmitry Bauman. "As a result of this long-term work, we came to an understanding of the need for our deeper involvement in the training of specialists -- not only in preparing individual courses but in the program as a whole."

The development of the new program has been delegated to company executives who are able to cover the entire range of subjects studied within the field of Optoelectronics. Since optoelectronics consists of several major subfields (including LED's, laser diodes, photodetectors and photovoltaics), the development of disciplines -- in addition to the representatives of the LED holding company -- is also done by its partners. They include Connector-Optics, Russia's only manufacturer of epitaxial plates for high-speed vertical-emitting lasers (VCSEL’s) and photodiodes; Hevel, a company specializing in photovoltaics and the production of solar cells; as well as ZAO Semiconductor Technologies, a developer and manufacturer of semiconductor lasers, says Dmitry Bauman, the head of the new Master's program. In addition, the head of JSC INTER RAO LED Systems’ development department and its measuring laboratory will also participate in the program and will be responsible for the development of disciplines in the field of metrology.

How the program will be structured

The main area of participation for business partners is the development of the professional program module: company representatives fully prepare the trainee program and partly participate in the preparation of the fundamental education part, playing the role of developers in some major disciplines. In addition, business partners determine the scope of offered disciplines as well as the way they are taught, focusing on specific tasks performed in high-tech sector today.

"How is this approach different? First, from the very start everything from the program’s list of disciplines and up to its final exam is geared towards the application of the end result to the production process and not just to scientific research. After all, these two types of work are fundamentally different. Second, all that students learn in the classroom during training in special programs of the professional module they will be able to see in reality in the production shop – within the same discipline and during the same semester," says Dmitry Bauman.

Which means that within the framework of the same course students will first be able to hear the lecture in the auditorium and then see everything they have learned in theory as applied to conditions of real-life production. Such a system of combination of theory and practice will be the core of the new education program.

Enrollment in the new Master's program in Optoelectronics started in 2018. The main requirement for bachelors wishing to continue their training and get a set of practical skills for working in the industry’s high-tech sector is basic education in this field. In addition, those bachelors who already have experience in project preparation can get an advantage. That for example can include participants of the All-Russian student Olympiad "I am a professional" who have already demonstrated their ability to perform practical tasks, says Dmitry Bauman.

Upon program completion, graduates receive a number of practical skills that will help them integrate into the work environment of high-tech companies, Mr. Bauman says. Importantly, this is not a set of highly specialized knowledge and experience relevant only to a particular company but rather a comprehensive preparation that makes it possible to start working in production in any area of optoelectronics.

As Dmitry Bauman points out, the education program is open to students from all over the country. At the same time, graduates will be able to build a career not only in St. Petersburg companies but also in any company working in this field and operating in Russia.