Starting from their second year of Bachelor’s studies, ITMO University students have the opportunity of gaining an exciting international experience. As of now, the university offers several options of studying abroad: short-term trips for participation at seminars, conferences, and summer schools, semester exchanges, and double-degree international Master’s programs. ITMO University has an extensive and constantly increasing partner universities list that can be found here. This year’s internal contest for international academic exchange applicants is open until September 24. There are four more options for you to pick from. Interested? Continue reading to find out more about four new study destinations and last year’s winners’ experiences! 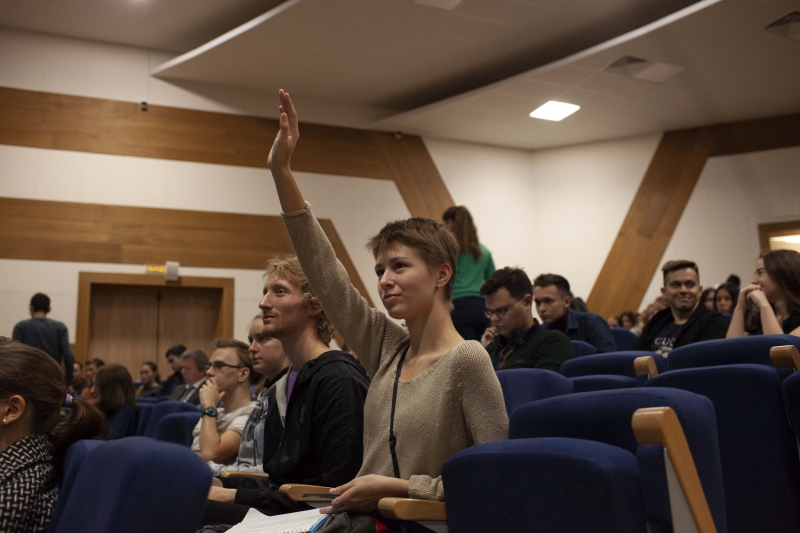 What is academic exchange? How to participate in ITMO’s academic exchange competition? What are the study options? You can find the answers to these and other exchange-related questions in this article and on ITMO University’s International website.

The second newly-added destination is Japan, with its two higher education institutions, Saitama University and Kindai University, ready to take on ITMO students. Although Kindai is a private university, ITMO University students are granted the right to free tuition.

ITMO.NEWS met the previous academic exchange participants to find out in what way is studying in other countries different from that in Russia and which costs exchange students will have to face when living abroad.

Studying in Austria wasn’t my first international education experience: back when I was doing my Bachelor’s degree, I spent one semester in Finland. It turned out to be an amazing experience that allowed me to meet lots of interesting people and be part of many exciting adventures, so it was the opportunity to once again participate in an academic exchange that influenced my decision to do a Master’s degree. There were several reasons to why I chose Austria as my next destination. I’m a dedicated mountain skier, so Austria seemed particularly enticing as it’s the best place on Earth for practicing my favorite sport. Also, my parents’ business has links to this country, and I wanted to learn the language and form a better understanding of Austrians and their culture. Lastly, I’ve been to Austria before and fell completely head over heels with its people, nature, and the whole atmosphere of the place, so I really wanted to return. There are lots of benefits of going on an academic exchange. For one, it boosts your English language proficiency. When I first came to Finland, I wasn’t that good, but over the course of the semester I really improved on my language skills. My advice for future exchange students would be to minimize your interactions with other Russian students. It will force you to embrace your new environment and be more independent and proactive in finding solutions to different situations that may arise. Apart from that, studying abroad is a gateway to lots of new acquaintances, personal growth, and better leadership and communication skills as you’ll have to settle in a new place and find common language with people of completely different mentality.

The fly in the ointment is that you’ll have to deal with lots of red tape when applying for the exchange. The International office coordinators are really helpful, but you still have to do some work by yourself. There are likely to be obstacles, too. Some university staff I went to sign some documents tried to dissuade me from leaving, but I was firm in my decision to go and by hook or by crook managed to get all the documents and signatures I needed. One time I even had to beg a bank employee to add in an extra line to a pay slip form in Paint as it was impossible to filing for an Austrian residence permit without it. So don’t quit even if gets really hard to collect all the documents you need.

You have to bear in mind that the education process in your host country can be really different from what you’re used to in Russia. I failed my first exam as its format was completely new to me. Master’s studies in Austria are much more serious that Bachelor’s studies, which was also unusual: it’s the opposite in Russia. Master’s students in Europe are expected to think more, find solutions by themselves, and conduct in-depth research. This explains the difference in exam formats. I found this experience useful as it taught me new ways of working with information. But studying abroad isn’t easy, and you have to be prepared for that.

Minimal cost of living in Austria is 800 euro per month. Even though I received a 30,000 rub scholarship, it wasn’t enough for me to live comfortably. That’s why I decided to apply for a part-time job as a mountain skiing and snowboarding coach; I obtained a coach certificate in advance, so I worked legally. It was thanks to my Austrian job that I met my best friend, my boyfriend, and his family. Some people I know opted for working as English language tutors, others did babysitting and walked dogs. They were paid in cash, it wasn’t very legal but even so, this kind of student employment is still condoned by authorities. We had a website where you could find these part-time job ads. So I’m telling you not to despair if 30,000 rub isn’t enough for a place you’re going to. You can always find something to do to cover your expenses.

I chose to go to Chile because it’s so far away from Russia; it isn’t your typical study destination unlike Europe, where you can go at any moment you like. I was met by my buddy, who invited me over to dinner and introduced me to her family. She really helped me settle in, we traveled to the ocean and went to family parties. Before leaving for Santiago, I watched countless Russian vloggers who lived there; all of them portrayed the city as an ugly, uninspiring place that isn’t worth visiting. In reality, though, Santiago is a very green city abounding with different kinds of flowers and surrounded with picturesque mountain chains. It’s breathtakingly beautiful. The city walls are embellished by lots of graffitis, which makes it even more stunning.

Chile is the safest country in Latin America, so you only have to bear in mind the usual safety precautions; first and foremost, don’t flash expensive devices and money in poor city districts. My buddy, her family and I did a lot of traveling to the ocean, which, by the way, is cold and unsuitable for swimming. We also went to see the volcanoes which Chile is teeming with; we even caught a glimpse of an active one.

All students going on a semester exchange worry about potential financial problems. If we take my case as an example, I had a scholarship of 33,000 rub and earned 25,000 rub working remotely. I also had a side job as an English tutor. It wasn’t that hard to find Chileans who want to practise their English or learn Russian. English is not so widespread there, so many people lack practise and are ready to pay 1,500 rub for an hour of conversation. I paid 77,000 rub for round-trip tickets to Chile, but you can look for bargains. For instance, you can fly to Santiago from Rome and return there for as little as 20,000 rub. In spite of what you might expect, Latin America isn’t cheap. I paid 15,000 rub for a room I shared with another girl in a five-room flat. A better room in a building with a swimming pool of the type that is usually offered by university will cost you 30,000 rub. If you decide to go to Santiago and want a cheaper accommodation, I can help you with that. Food also isn’t very affordable: meat is very expensive, but seafood is cheaper thanks to the ocean being so near.

I was a Master’s students, so it was pretty easy for me to study. There was one teacher whose lectures were rather demanding, but in general it was fine. In Chile, there is almost no difference between the classes taught in English for Bachelor’s and Master’s students, so if you want to not only systematize your knowledge, but also learn something new, I advise you to go to Europe or China instead.

I spent a whole year in China. I first visited this country in 2015 with other ITMO University students. After spending ten days there, I realized that China is the future, and that I wanted to get more familiar with this extraordinary country. Since then, I have been learning Chinese. In February 2017, I learned about an opportunity to go abroad on exchange program. I applied, passed my language test and an interview, and I got accepted. But you have to understand that it’s not that simple, as there are many departments at the university and they all have their own rules that you have to comply with. And it takes time to prepare all the paperwork.

Initially, the plan was that I would go to China alone, but I found a companion, who eventually became a friend of mine. We felt welcome at Beijing Institute of Technology; there were always people ready to help, and this really made life easier for us. Most Chinese people don’t speak English, so you’ll have no other choice but to learn their language. But even if you don’t know a word in Chinese, don’t give up! It’s not so easy to get a scholarship, and once you’ve already made it, why not to use your chance? Besides, people from the International office are always ready to help you out.

After my first semester in China, I was told that I could stay one semester longer. So I flew to St. Petersburg to take my exams, and came back to Beijing. By the way, China is one of the safest countries in the world. You can see policemen on the street every five minutes. And of course, everybody knows about Chinese culture, language and traditions. A nice bonus: your scholarship will be enough to cover all your living costs. We even managed to travel; we went to Hong Kong, Shanghai and other cities. I made friends with lots of great people from different countries. Not every university in St. Petersburg sends its students to study abroad, so grab your chance!