IMS, DTGS and EVA: Key Events of the Information Society and Technology Week

Last week, the Information Society and Technology Week took place in St. Petersburg. ITMO University hosted three of its events: the 22nd united conference “Internet and Modern Society” (IMS-2019), the second international conference “Digital Transformations & Global Society” (DTGS-2017), and the interdisciplinary conference “EVA (Electronic Imaging & the Visual Arts) 2019 Saint Petersburg”. Some of the seminars and plenary sessions took place under the aegis of several conferences at once. For example, the open discussion on data, digital culture and digital society took place as part of the “Internet and Modern Society” conference and “EVA 2017 Saint Petersburg” conference. Read more about the conferences’ procedure, key topics, and opinions of experts. 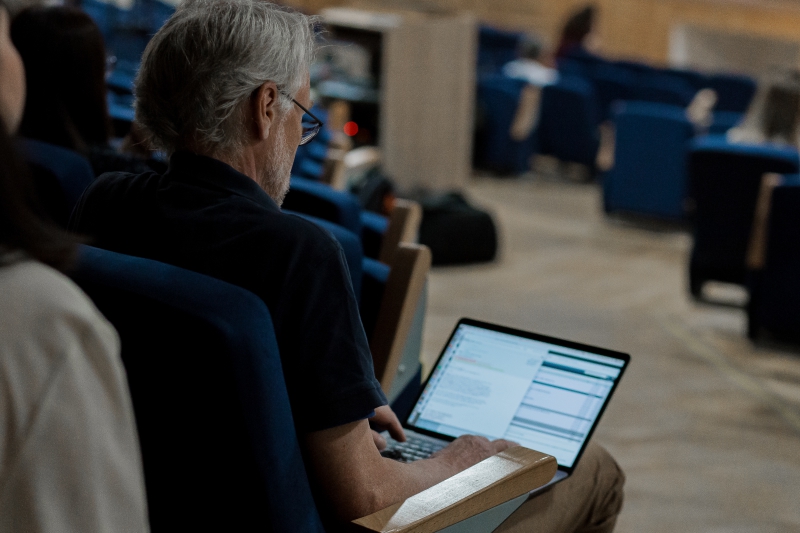 The “Internet and Modern Society” (IMS) conference has been conducted in St. Petersburg since 1998 and got the status of an international event in 2014. This year, IMS took place for the 22nd time and became the key event of the Information Society and Technology Week. The other two major events that took place this week were “Digital Transformations & Global Society” (DTGS, organized by ITMO University and The Higher School of Economics) and the interdisciplinary conference “EVA (Electronic Imaging & the Visual Arts) 2019 Saint Petersburg”.

Some of the events were conducted as part of a collaboration between IMS and DTGS. This year, those were joint seminars in the field of computational linguistics and cyberpsychology (discussions at IMS were in Russian, and the ones at DTGS were in English). According to the conferences’ organizers, up to half of the participants attended both conferences. What is more, the results presented at IMS were also published in DTGS’s digest, though in the first case, the texts were published in open access, and the DTGS’s digest was published on Springer where the access is controlled by the publishing company.

“The IMS conference is devoted to the idea of open science. DTGS was created as not just a platform for opinion exchange and an attempt to communicate the results of Russian researchers to the international scientific community, but is also aimed to give Russian scientists an opportunity to communicate their results by publishing them in a title indexed by Scopus (the conference’s digest is published by Springer in the Communications in Computer and Information Science series). The reports at IMS are published in three printed digests of the conference that are serial editions indexed by the Russian Science Citation Index (and are therefore available on the eLIBRARY platform). The fourth is a collection of abstracts that is also indexed by the Russian Science Citation Index, but is available in a digital format only,” explains Dmitry Prokudin, Co-Head of the conference’s Organization Committee.

All texts are published in open access on ITMO’s repository platform; one can also access metadata on publications since 2011 on the website with the conference’s materials that works on the Open Journal Systems platform. The information is also sent to WorldCat, the world’s biggest bibliographic database. What’s more, the metadata is aggregated by the Russian Socionet system. As the full texts of articles are stored in ITMO’s repository and the metadata is then sent and published in the Russian Science Citation Index, the conference helps spread scientific knowledge in open access.

“Both conferences constitute a distributed interdisciplinary platform that brings together representatives of various subject fields that exist at the intersection with digital transformations. The events’ participants are researchers who have the potential and desire to discuss their experience with representatives of other fields and get their advice. The platform offers a great opportunity to do that. This is the main feature of a joint conference: it combines specific and interdisciplinary fields and makes it possible to conduct events in both Russian and English,” comments Andrey Chugunov, Head of ITMO’s eGovernment Center, scientific secretary of the IMS conference and Organization Committee Head of the DTGS conference.

This year, the IMS conference started using the EasyChair conference management software system. According to the organizers, this allowed them to review the submitted works on a very high level: involve a sufficient number of reviewers and conduct double and sometimes even triple reviewing.

“Every year, we have changes in the scientific content of the conference. Several years ago, we added cyberpsychology, which is now an established field, and this year we have digital humanities in science studies: we organized a pilot seminar in collaboration with the St. Petersburg branch of the Institute of History of Science and Technology of the Russian Academy of Science. The seminar wasn’t very extensive, but we plan to bring this subject field of the conference to an international level, so that international scientists would participate in it,” comments Dmitry Prokudin.

This year, DTGS’s organizers have applied the format of a youth poster session for the first time. The student’s works were assessed by an expert jury composed of eight experts. Among the best research were “Toxic communication on the Twitch.tv platform. The streaming effect”, “The effect of an author’s background on representation of gender stereotypes in Soviet juvenile literature”, “The approach to automation of user profile analysis”, and others. Also, the conference featured important discussions between political scientists and researchers of digital technologies. Andrey Chugunov presented a report as part of one of these discussions.

“In recent years, the team of ITMO’s eGovernment Center has been famous for their research of e-participation – citizen activism on the Internet as part of interaction with the government. We study the activity of such portals as “Our St. Petersburg” and “Active Citizen”, and in order to conduct such analyses, understanding how the government works is essential, as it is systems with an internal logic of processing of citizens’ applications that we’re working with. All of this activity is associated with the Smart City concept. As part of my report, I spoke about our experience of analyzing all regional platforms in 2017 and 2018. Today, there exist several standards of a smart city, and citizen participation platforms are among the core ones. As part of the “Citizen participation and digitalization of public governance” seminar, Yuri Kabanov (one of DTGS’s organizers, Department of Political Science of the Higher School of Economics -- Ed.) and I discussed this subject field with political scientists, including the team of a renowned St. Petersburg political scientist Leonid Smorgunov. This was an important achievement, as those who approach this subject from the viewpoint of social sciences got to discuss it with those who have practical experience in this matter,” explains Andrey Chugunov.

The interdisciplinary conference EVA 2019 took place for the fourth time. Its goal is to offer a platform for discussion to specialists and scientists working in technical sciences and humanities, where they can meet, discuss various issues and exchange experience, ideas and plans associated with subjects that exist at the intersection of culture and technology. The participants get the most relevant information from the field of ICT and its applications in the issues of cultural heritage protection, as well as learn about the results of new projects in the field of culture, arts, archeology, and history that make use of ICT. Various scientific, project and technological achievements are also presented at the event.

This year, the conference’s main topics were the field of Digital Humanities, Art&Science projects, and projects that make use of AR/VR/MR/XR technologies.