More than 1.000 school graduates from Russia's different regions and other countries became ITMO University freshmen on August 31. During one of the most important summers in their lives they passed Unified State Exam, more than one-third gained the highest ones, won various School Olympiads — more than 20% have received the right for enhanced scholarship and also have come a long way from their birth-places to join ITMO community. We asked them about their feelings. 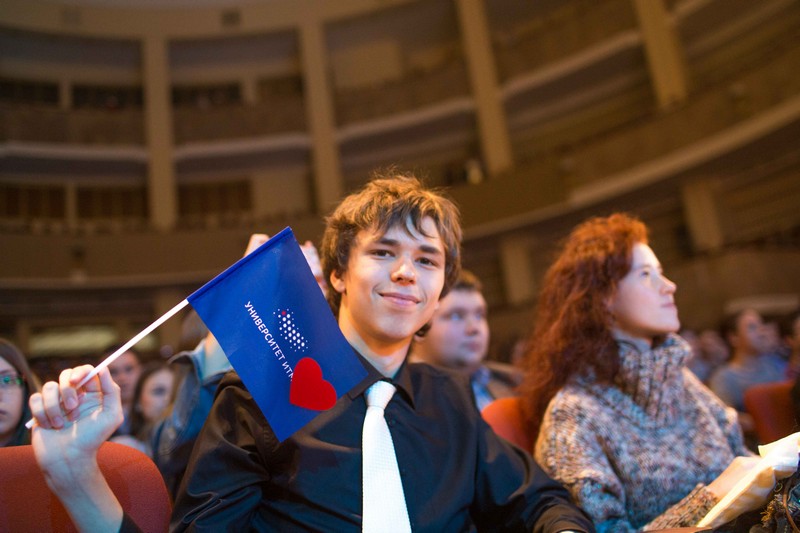 Natalia, a freshman at the Faculty of Food Biotechnologies and Engineering I have chosen ITMO University because it is modern and progressive. Some of my friends graduated from ITMO. They gave only positive feedback. However, to make this decision I’ve browsed through a lot of information, not just their recommendations. ITMO proved to be very well-organized, the professors and staff are very kind. My plan for the following four years is to spend much time for studying but I also want to use other opportunities. Having graduated I am going to find a job or maybe stay at the university to do a research.

Andrey, a freshmen at the Computer Technology Department. I expect interesting studying. It has to be hard but I am sure all the skills I will get will be very useful. I applied to ITMO because information technologies are its major. ITMO's admission campaign was organized better than in other universities. I hope that studying here will be also of high-quality. I believe that ITMO is a leading university in the field I’ve chosen. Many of my friends applied to ITMO. I've chosen mechatronics and robotics because they connect physics and informatics. I have yet to learn about all the opportunities that ITMO offers. However I want to gain something more than I obtained at school. I mean not only knowledge but also motivation for studying and a new approach to teaching.

Kirill, enrolled on the Information Systems and Technologies program. I am from Saratov, When studying at high school I became a prize winner for the school Olympiads organized by ITMO University. That is why I applied to several ITMO's courses at the same time. Furthermore, the University is famous for its' IT students and graduates. While studying here I want to participate in research projects and various internships.

Andrey from the Mechatronics and Robotics program. ITMO is the most non-classical university in Russia. It provides a plenty of benefits to the freshmen with high results of the Unified State Exam. For example, I received an enhanced scholarship. Moreover, here one can pursue scientific career, be involved in sport and social activities as well as participate in internships. The accommodations in the dorm are also very good. I like that so many cool guys have come here from all over Russia.