As part of the 4th international conference “Digital Transformation and Global Society”, ITMO University has recently hosted the Forum of Young Scientists. Its main aim was to unite young Bachelor’s, Master’s and PhD researchers and experienced scientists in informal discussions on their research. The students had to prepare posters on their research projects and explain them to other participants and judges. The authors of the best works won the opportunity to be published in the conference digest. ITMO.NEWS spoke to the researchers to find out more about their work. 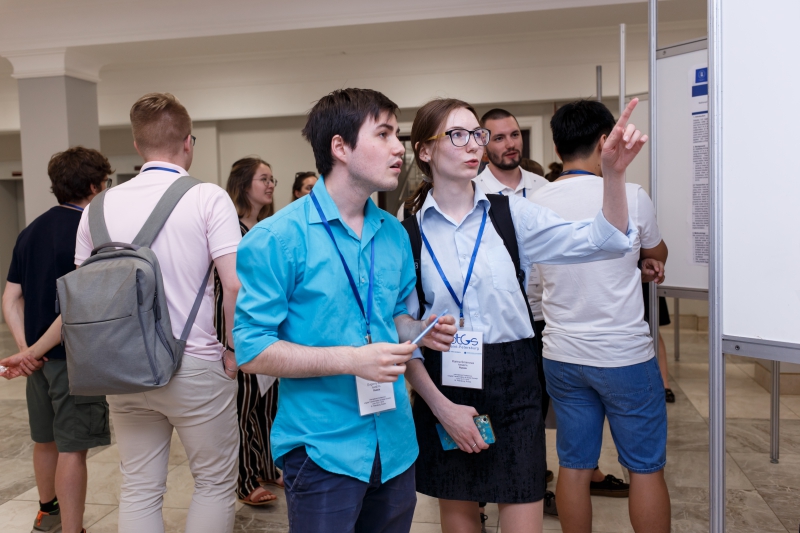 Twitch.tv is a popular platform for the streaming of videogames. The users stream themselves playing games and the audience exchanges messages in a live chat. The resulting communication is very specific. What makes the platform stand out from YouTube is the high posting speed (the more spectators there are, there more messages there’ll be), short format and local emojis representing popular streamers. Trolling of newcomers and blaming the players for bad performance is the norm for Twitch.tv users. The gaming community is known for its toxicity anyway, and the platform acts like a kind of medium that sets the trends in communication.

There is a large body of research on toxicity out there, but the problem is that the majority of definitions it operates are very vast and ample in scope. At the same time, toxicity depends on the context of communication and the cultural norms of the people participating in it. My research project is an attempt to introduce a more static definition of toxicity in the context of the Twitch.tv: the type of communication that violates the norms of the community with the overarching goal of destroying the social contact. I wanted to look at how streamers impact the specifics of the phenomenon.

To achieve my objective, I selected 132 channels whose authors host streams on DOTA 2. I divided the streamers into different groups based on their gender, nationality, and the fact of whether or not they use a web camera. I also conducted an analysis of around 2.5 million messages from their chats. To that end, I made use of LDA, one of the most popular methods of textual quantitative analysis. It allows to evaluate a large number of texts and create models of the topic discussed. Thanks to that, I grouped all chat messages into different categories: positive (that encourage a streamer), neutral (that lack a specific stance of any kind) and negative (that criticize a streamer).

The research showed that a streamer’s personal characteristics have a very strong impact on the resulting discussions. Women streamers using a webcam tend to have 17% more positive discussions in their chat rooms; to compare, the number is 8% for streamers from South-East Asia, 10% for those from North America and 18% for those from the Middle East and North Africa.

These results cannot be taken as factors that allow one to achieve popularity. Of course, you can try to move countries for the sake of getting a more positive reaction to your streams, but the main aim of my research was to describe the ambiance on the Twitch.tv platform at this moment in time. How to bring about a positive change is a different question that requires further work. If we want to sway people into treating each other with more respect, we have to understand that this will be a long and complex process.

In my research, I wanted to answer several questions: how government agencies use digital diplomacy in the framework of the presidential crisis in Venezuela, how effective this model really is, and which topics are the most relevant from the viewpoint of world politics. I focus on the period between December 1, 2018, and March 10, 2019, have scrolled through nine million tweets with “Venezuela” as the keyword and analyzed 50 most influential posts published on January 10, 11 and 23. According to the influence degree qualification of H-index, the most influential tweets are those that accumulate the largest amount of likes, retweets and responses. As a result, I found out that Spanish Twitter has more influence than the English-language one, and that Juan Guaidó attracted more support than Nicolás Maduro.

Right now, I’m continuing my work, having expanded its remit to encompass the whole body of tweets, not only the most influential ones. In my new research, I have looked at the dynamics behind the hashtags Maduro and Guaidó to evaluate how the general public’s attitudes towards the two changed after certain events had transpired such as the burning of humanitarian aid convoys.

“Digital Transformation and Global Society” is one of the many St. Petersburg conferences dedicated to my research topic in which I try to regularly partake. St. Petersburg State University, for example, hosts the event Comparative Media Studies in Today’s World, which covers similar topics. Participating in such conferences never fails to inspire me: you discuss your work and always get feedback with constructive criticism. Forum of Young Scientists provided me with lots of valuable advice on the technical aspects of my research.

The topicality of my research lies in the growing market for apps in the field of digital healthcare. In 2017, the apps that help combat depression were downloaded four million times. After obesity and diabetes, depression is considered the third illness that could be cured using mobile apps. As demonstrated by the results of our analysis, the authors of scientific papers in the field of psychology agree that the apps can be effective but with a number of limitations. The illness should be capped at a moderate level, and mobile apps show the best results when they act as a supplement to the treatment effected by a medical professional.

From the sociological point of view, even at the current stage, we can forecast that the consequences from these apps’ increase in popularity will be far from rosy. Their proliferation will lead to the digitalization and gamification of the process of experiencing the illness. While before a patient had to seek medical help and undergo treatment at a specialized psychiatric facility (international hospitals have developed the practice of locating these in public hospitals to dispel the stigma around seeking medical help in depression), now this is being transformed into a kind of a game: today you’re ill, tomorrow you play games, the next day you’re cured. Recently, there has been a growing positive trend recognizing depression as a very serious it is, but the aforementioned constitutes a step backward. Moreover, people who opt for apps-only treatment could find themselves in a dangerous place as they are not capable of the correct identification and interpretation of their symptoms.

Finally, the gamification of the process of experiencing the illness leads to the situation where a patient’s interactions shift from real life into the virtual one. This can aggravate their feeling of being lonely and increase their alienation from society: all of their contacts, which are hard for them to maintain as it is, would now be limited to their mobile phone. What we get in the result is that these apps cripple instead of curing. At this stage, this is but a supposition, but we will continue our research to get to the bottom of it all.

Alexey Gorgadze, Higher School of Economics: “Digital footprint of cultural events: the case of the Night of Museums in Russia”

The Laboratory of Cultural Economics, where I work, conducts an annual survey of the organizers of the Night of Museums. Lately, we have decided to analyze the digital footprint the event leaves in social media. This notion encompasses all posts, comments and likes generated by the initiative. All in all, we’ve analyzed some 100 communities and 40,000 posts.

We identified that the Night of Museums is an effective tool for increasing the digital audience of the participating museums: while their average regular inflow amounts to 30 people, the event ups this number to 50. As demonstrated by the dynamics, the number of likes increases from one year to another, while the number of comments falls. This can allow us to trace the patterns in interactions between the users: the ease of clicking the like button now surpasses their interest in engaging in a meaningful discussion. Maybe this is just one manifestation of a common social media trend.

In general, social media make for a very valuable and simple resource for research work. In some fields, the digital space is so imbibed with data that we don’t even need to assemble huge sample groups. Thanks to Big Data allowing us to minimize the number of potential mistakes, we get more accurate and high-quality results.

Our work is an analysis of literature on using gamification technologies in different fields. We piloted an innovative method that allowed us to identify different semantic groups and, based on the keywords, conduct the ensuing analysis and comparison. The results established that 39% of all publications on gamification fall into the category of education and that the research community’s interest in the topic peaked in 2017. It was also very important for us to discover that Russian scientific discourse hardly ever mentions this method in the context of urban planning.

For me, this research project marked a very significant part in the development of my Master’s thesis, in which I propose a model of an e-learning course using gamification for training public officials. I have already developed this course for the St. Petersburg Interregional Resource Center, though I didn’t initially understand how to include game elements in the learning process. In the end, I did this by adding different kinds of points, achievements, and storytelling. All this is aimed at motivating the students to complete the course.