ITMO Graduate from the Republic of Chad on His University Experience

ITMO University’s international alumni pursue a world of different opportunities after their graduation. Some of them return to their home countries to travel their professional path. Dezoumbe Ouinra, a 2007 graduate of the specialization “Design and Technology of Electronic Computing Devices”, went back to his native Republic of Chad to work at the national Ministry of Information and Communication Technology, and continued his career at the Chadian national television, supporting its transition to state-of-the-art technologies. With the help of ITMO’s Alumni Center, ITMO.NEWS managed to talk to Dezoumbe to find out why he decided to study in St. Petersburg and how this experience has been helping him in the years since. 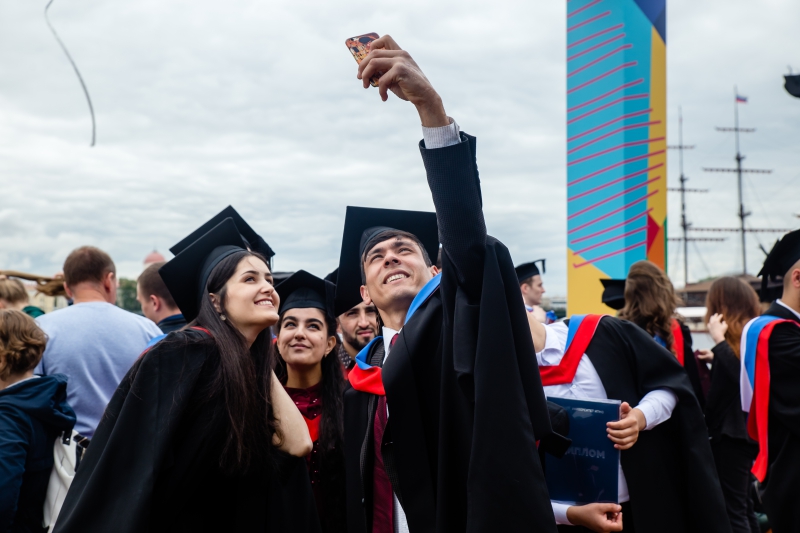 Why and how did you decide to study in Russia?

I had been studying maths and physics in one of my country’s universities, and came to Russia to further my maths knowledge through a government scholarship in November of 2000. I started my preparatory year at the Don State Technical University in a small Russian city of Rostov-on-Don. A little later, I switched my major to computer science (Design Programming of Electronics and Computing Systems). Then, after a while, I was told by my faculty’s Dean that I would continue my studies at ITMO, located all the way in St. Petersburg. I hadn’t heard a lot about the university by that moment, and was reluctant to move because I thought that since everything was presumably so very expensive over there, that would negatively impact my quality of life. But after passing my preparatory year exams, I decided to take the plunge and move to Russia’s northern capital.

How would you evaluate your student experience at ITMO? What did you like the most and what did you think needed to be improved?

I owe my computer science skills to ITMO University. As a student, I have also made a lot of friends – not only on campus but also at the University itself. Furthermore, it is not a secret that ITMO is very involved in lots of international competitions and I can honestly say that for me, it remains one of the best universities in the world. Its many victories made ITMO famous in the US, Europe, Asia, but, sadly, not in Africa, and especially not in my country, Chad. I’m even afraid to tell you that so far, I am still the only Chadian who has ever studied in ITMO. So it would be great if ITMO could become more popular in Africa too.

What opportunities did an ITMO degree open for you back home? Are the knowledge and experience you acquired at ITMO, and a Russian university degree in general, of any help to you now?

It is not a secret that many Africans have studied at Russian higher education institutions, and none of them are jobless. Back home, my degree gave me a lot of opportunities in terms of my job prospects. I didn’t face any difficulties with my employment. Thanks to the knowledge and experience I obtained at ITMO, today I am socially secure and have a good career.

Having returned home, you started working at the Republic of Chad’s Ministry of ICT. What are your current job responsibilities and how do you implement your knowledge in your workplace?

I did work at the Ministry of ICT (Information and Communication Technology), including in the capacity of a project manager, but after a while, I quit the Ministry and I was hired to work at the national television. The reason is, our television was about to transition to state-of-the-art technology just then, and that’s where the skills I acquired at ITMO came in handy. As you know, technologies are constantly evolving, and we have to swiftly adapt to these changes in order to not be left behind. The most important thing is that all of my professional activities have a connection to what I’ve studied at ITMO University.

Overall, what do you think about your international experience? Can you say it was a life-changing one for you?

This experience have made me an international student who can have a successful international career. ITMO University has a solid international reputation that gives me a lot of cachet as a specialist.