ITMO.STARS 2021: Results, Winners, and Their Projects

Four years ago, ITMO University introduced the ITMO.STARS contest for gifted prospective students. Winners receive an opportunity to enroll in the university’s educational programs without having to take any exams. 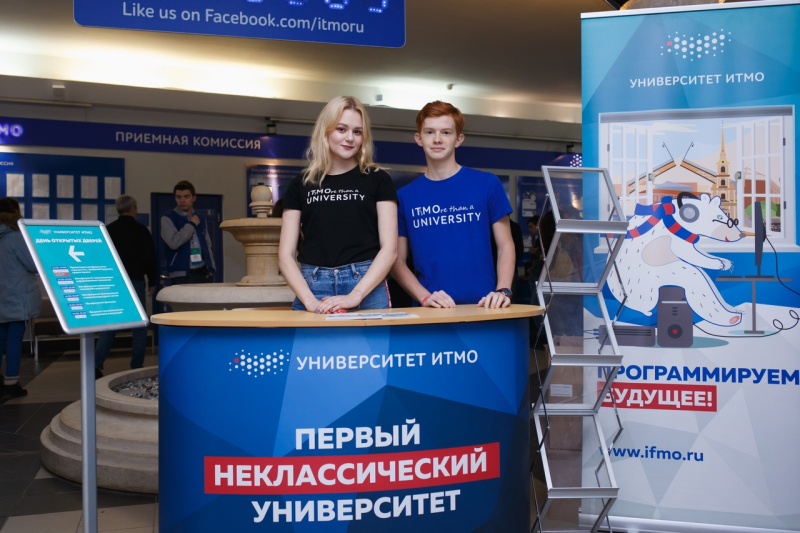 In 2021, the competition received a total of 235 entries, from among which 19 applicants got the chance to study at ITMO University tuition-free.

Prospective students could apply for the contest from June 20 to July 29, 2021. During this time, they had to sign up, file an application, complete a portfolio, and write a letter of motivation explaining why they want to study at ITMO and which projects they want to develop in the future.

There were only two crucial requirements. First of all, applicants had to pass a specific Unified State Exam (USE) score threshold (in most cases, it was 60 points in each subject). Secondly, they had to actually prove their knowledge and competencies by presenting a project in any field, be it a program or an algorithm, an innovative or a business project, a research initiative, or a social project.

Together with his co-authors, Aleksandr Bankov from Tyumen developed a technology for the rapid diagnosis of antimicrobial resistance. Thanks to this project, Aleksandr will study Bioengineering and Biotechnical Systems at the Center for Chemical Engineering. Ulyana Noskova from Moscow studied the immobilization of enzymes on a quartz sensor using the method of piezoelectric microweighing and thus became a student at the Infochemistry Scientific Center.

Maria Egorova from St. Petersburg will study laser engineering and laser technologies at the Faculty of Nanoelectronics thanks to her research on the processing of transparent materials with laser-induced microplasma.

Three applicants entered the Faculty of Control Systems and Robotics. Dmitry Denisov from Kolpino wrote code for machine vision systems and robot control that received the Inspire Award at the FIRST Russia Robotics Championship 2.0. Leonid Nagorny from Donetsk created an electric exoskeleton with an AR headset, while Ivan Smirnov from St. Petersburg conducted a similar project with a pneumatic one.

Another popular choice was the Network and Cloud Technology program: Vladislav Yekushev from St. Petersburg developed a client app for habr.com, Oleg Rybalko from the Rostov Oblast created a system for monitoring body temperature and mask detection, and Daniil Tayakin from St. Petersburg presented his own international music streaming service called PewPee.

Other participants enrolled in IT-related programs. Vladimir Latypov from St. Petersburg entered the Faculty of Information Technologies and Programming thanks to his Bezier curve-based algorithm for a robot artist.

Dmitry Ledentsov, also from St. Petersburg, presented his own high-level programming language and got the chance to study Software Engineering. Nikita Usatov from Magnitogorsk made a bot for sending messages from Discord and is going to study Programming and Internet Technologies.

Artem Shmelev from Cherepovets, and Maria Kuznetsova and Alexander Vashpanov from St. Petersburg enrolled in the Computer Technologies in Design program at the Faculty of Information Technology and Programming. Artem has a background in game development and VR/AR; Maria has developed a guide to the basics of Python for school students; and Alexander co-authored a project on the visualization of complex mathematical objects with the help of sphere tracing.

Makar Poltorako from Irkutsk has devised a face recognition-based system for social media account analysis and thus got himself a spot at the Programming in Information and Communication Systems program. Andrey Probochkin from Gostilitsy (Leningrad Oblast) has implemented a project on the enhancement of network infrastructure security of state institutions and became a student at the Faculty of Secure Information Technologies. Vladimir Tikhonov from Kipen (Leningrad Oblast) who submitted a hardware solution for a gas trap for drones, will study Industrial Cyber-Physical Systems. And, finally, a program for the frequency analysis of publications on social media brought victory to Oleg Yakunin from Chita who will continue his research at the Intelligent Systems in Humanities program.

What do this year's winners of ITMO.STARS dream of achieving next? Find out in our special project.