Today, students of Russian universities receive a combination of professional and “soft” skills. But both are still taught in the conventional format of lectures and practical classes. But what if you could learn programming by working with a Boston Dynamics robot – and time management by playing a mobile game? That’s how it’s done at ITMO. We spoke to Alexandr Kapitonov, the dean of ITMO’s Faculty of Infocommunication Technologies; Anastasia Prichislenko and Marina Kazantseva, lecturers at the Personal Efficiency course; and Roman Makhmutov, the developer of the app Timeflow, about diversifying university education. 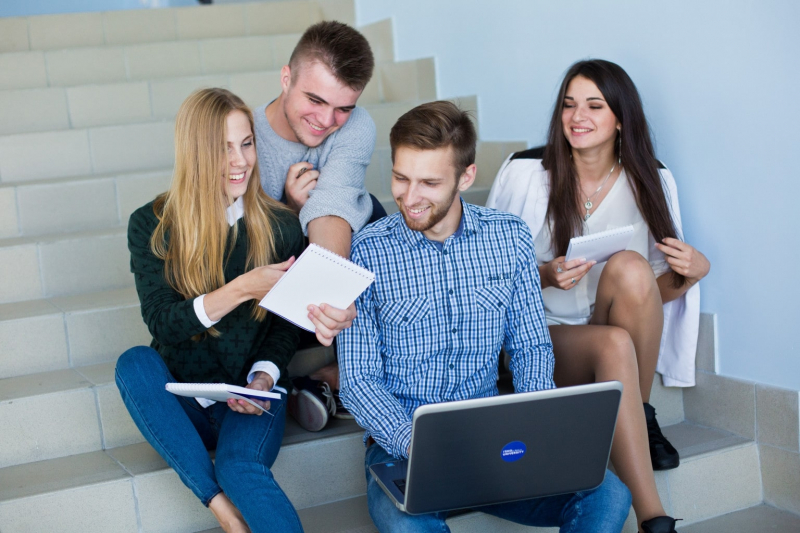 First-year students of the Faculty of Infocommunication Technologies who provide novel solutions to optional assignments receive a just-as-novel bonus: an access token to a decentralized app that allows them to rent a Spot robot located in Silicon Valley. Then, they can use a software suite and an API to interact with it all the way from St. Petersburg.

By working with Spot, ITMO students grasp the basics of Spot SDK. They learn how to change the robot’s speed, pose it, and cause it to interact with objects and follow set routes. They can also use the platform to develop and verify their own software code. The app includes lessons and manuals; an expert team also tunes into the online session to monitor the robot’s performance and assist the student.

Why use a decentralized app?

This format has long been used to provide users direct access to complex robotics devices (such as unmanned aerial vehicles) and has proven itself reliable.

Why should one pay for access to the platform?

I believe that the future of new technologies lies with the subscription model, and these subscriptions should be easily accessible if they are to be successful. Universities should rent, not buy the kind of technologies like Spot. It takes a lot of time to buy it, install it, learn how to use it, and then base a study course off of it. By that point, it might not be no longer relevant.

How does the app benefit students?

Right now, we’ve launched a professional development course in programming centered on Spot. Having completed the course, students receive one or several ECTS points based on how many hours with the robot they’ve accrued.

The Soft Skills module of ITMO’s Bachelor’s programs includes a discipline called Personal Efficiency. During these classes, students learn to interact with people, achieve life goals, and get things done on time. In addition to interactive classes, the lecturers conduct games based on real-life situations, as well as online marathons. In those marathons, students receive a bit of theory and a small assignment every morning through a messaging app. The task has to be completed on the same day. Over the course of three weeks, students keep constant track of their goals and increase their efficiency.

In the past academic year, Anastasia Prichislenko and Marina Kazantseva, who teach the course, wondered if there was a game that could help students develop their skills further. That’s how the two lecturers found out about Timeflow, a mobile game that begins by asking the player to choose their character’s dream and certain qualities, such as education or marital status. The player also has four resources that affect one another and the character’s life in general: time, money, mood, and stress. For instance, high stress means less time, and low mood prevents characters from making purchases. The game ends if the player hasn’t been able to fulfill their dream, acquire passive income, save up some money, and organize their free time by the age of 65. The app helps users play out various life scenarios and learn what happens if you live from payday to payday rather than invest – or if you fail to amass some money by the time you retire.

Anastasia and Marina decided to conduct an educational experiment: they invited some of the more motivated students to complete the game and describe their impressions in order to receive a pass on the course.

“I had two thoughts about this. First of all, it would be a quick and fascinating way to make some correct choices that are applicable in real life, as well as learn more about the things we discuss in the course. Secondly, all the students are different and require different teaching formats. Thus, we gave them a chance to choose how they’d like to complete the course: take the exam or play the game,” says Marina Kazantseva.

“We asked the students to provide at least five conclusions. Half of them over-delivered and shared their impressions and thoughts on how much they know now and how they’ll apply it in their daily lives. I am quite satisfied with the results,” says Marina Kazantseva.

A quick rundown of Timeflow with developer Roman Makhmutov

Why did you make this game?

There’s a board and computer game called Cashflow which explains in simple terms what passive and active income are. I liked it, so my team and I translated it into Russian. There is a sizeable community around the game, and I felt there was a demand for something similar, but more adjusted to the specifics of Russian reality. Then I decided to add a timer, some networking, and education. That’s how the game, which didn’t have a name yet, was born.

What improvements are you making to the app now?

Even though the project has stayed more or less the same visually, in six years we’ve released more than 20 small and large updates. Timeflow is developed based on player feedback. It’s an interesting process because, on the one hand, I’m always in the flow and coming up with new ideas on how to make the game more diverse. On the other, technical, hand, the game is like a beach ball that keeps having patches added on to it. But something made of patches is no longer a thing: it has no foundation. I think we’ll either stop and get to making a sequel, or preserve the visual appearance, but rewrite the code, as the patches are no longer possible to sync up with anything. Those are development errors, but we’ll take them into account for our next project.

We used to offer a free demo version. We’ll think about other approaches, such as ads or donations. The game goes on sale from time to time, and I’ve noticed that people who buy the app for small change can’t appreciate it. If they pay a sum that means something to them, they spend time figuring the game out and benefit from it. Perhaps this project is fated to be a paid service.

How does it benefit students specifically?

Students are young people who have left school and begun an independent life. The app lets users model various situations, apply different strategies, and see what happens. Most importantly, it shows them how time becomes money. It motivates these students to examine what they do and how it benefits them.