European countries invest in such fundamental and expensive projects as the European Organization for Nuclear Research and Large Hadron Collider. However that would be impossible without explaining the necessity of such scientific projects. The question is what Russians know about the state of their domestic science? 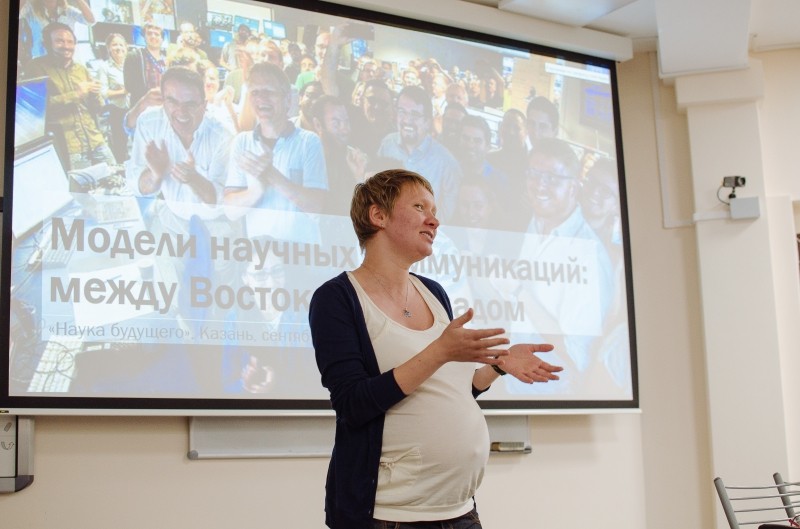 European countries invest in such fundamental and expensive projects as the European Organization for Nuclear Research and Large Hadron Collider. However that would be impossible without explaining the necessity of such scientific projects. The question is what Russians know about the state of their domestic science?

This issue is closely related to science communication. Elena Brandt, head of the Public Relations Department at Moscow Institute of Physics and Technology, shared her opinion on the perspectives of contemporary sci com activities in our country at the open lecture at ITMO University. In this article we would like to give you the main ideas presented by the speaker.

Today mass communication area faces serious problems. People mostly learn about scientific achievements by reading books or from school teachers and friends. However science can be «achievable» for wide audience. Those who have ever heard about Neil deGrasse Tyson, watched the Martian and Big Bang Theory, believe that science is something comprehensible and that scientists are smart and at the same time cool guys. However speaking of Russia, we still have a long way to go. As of now, many science popular projects are mostly based on activists' initiatives almost without any support, for example, Wikipedia. However all public events including science popular ones need investments. Who pays for that? Companies, government, and nonprofit organizations, all these institutions are interested in this field. But Russia’s science popular interaction with investors differs from the way followed by other countries. To satisfy its' target audience media companies have also started producing academic-oriented content.

The reforms of the Russian Academy of Sciences were widely discussed in the society but nobody explained their meaning. It was not an effort to «kill» Russian science as many peoples supposed. It turned out that using experience of other countries the government wanted to devolve some RAS’s powers on universities. Thus if all scientific issues are concentrated at the RAS, then what is the purpose of higher education? It was obviously painful for the RAS because its' investing was reduced because of its' inefficiency. At the same time the system offered by the 5−100 Project is reasonable because it is based on the competition principle. When you compete you do your best to win. And on the contrary, if you are sure that once a year your research center is offered a government order you strive no longer. Nobody tries to close RAS’s centers — they can still easily apply for grants. However it needs some time to get used to the new order of things. Unfortunately the problem of state-based models of science communication in Russia is quite young — it has only been around for three years. The renaissance of science after the crisis in 90-ss provoked the emergence of a science communication model, which differs from Western and Eastern models. For example, China which promotes science very effectively, uses «top down» model. For the last 20 years, citation rate, academic mobility and other indexes of Chinese research institutions have increased greatly. The reason for the success is in a law adopted in 2002, which obliges to promote science.

Russia follows the pattern of other BRICS countries which comprises development of high-tech industry. However nobody has developed a science communication strategy. Taking into account the fact that ideas going from up to down don’t work, the main drivers for Russia’s sci com activities are volunteering efforts of universities, organizations and companies. Thus, the current model of science communication in Russia consists of different models — something yet elementary, but nobody knows what form will it take.