The More Chocolate the Better Test Results — What Really Helps to Prepare for Exams?

Chocolate stimulates brain activity, cheat notes help memorize information better — everybody knows these tips for students who want to pass exams well. Are they scientific facts or just superstitions? Here is what researchers think about these "rules." 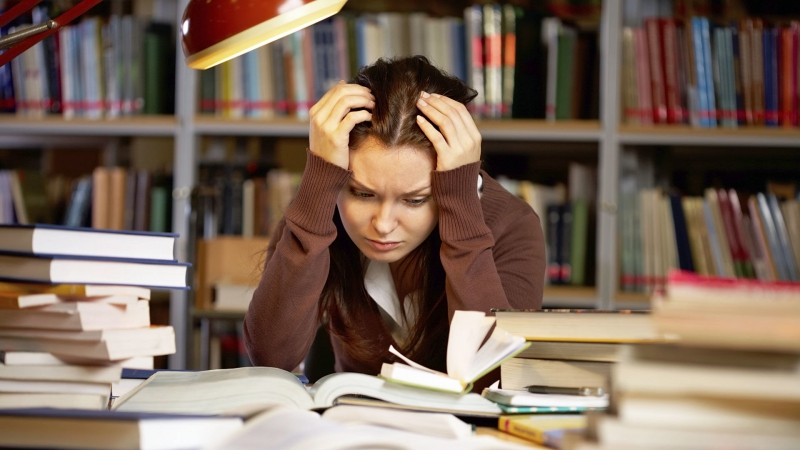 A day before the exam you should eat a lot of chocolate, cakes and sweets to make your brain work effectively. This statement is partially true — glucose is a source of energy for every cell in the body, and the brain consumes over a half of the energy we have. If one lacks glucose, the brain works worse. For instance, neurotransmitters stop exchanging electric signals, think researchers of the Harvard Medical School. It leads to poor attention and decreases cognitive functioning.

However, a superfluity of glucose gives an inverse effect causing a decrease in memory and mental alertness. This was proved by UCLA’s research. They conducted the following rat study: the rats were taught to navigate the maze, then they were divided into two groups. For several weeks the first one was taking a fructose solution, the second one also received fatty acids that enable signal transfer in the brain. Thanks to the diet, those rats who took both fructose and fats found their way faster than the rats from the first group — their brain cells transmitted signals slower. That is why they needed more time to remember the way they’d learned.

It is obvious that it is impossible to get such results after only one day of a glucose diet — one needs at least several days to do that. But now you know that only taking glucose with reasonable limits you can memorize more!

According to a study by the Harvard Medical School, caffeine boosts memory and thinking skills. However, the researchers don’t know for sure whether caffeine upgrades memory skills or not. Caffeine blocks receptors for adenosine, which makes us less active, as its rate increases when we are sleep-deprived. It means that the brain doesn’t receive signals of fatigue and simulating chemicals are prevalent — this makes us feel sprightly when taking a cup of coffee.

However, it doesn’t mean that coffee may boost memory activity. The only thing it does is influencing an ability to make decisions fast and work for a long time.

It is a myth that chowing negatively affects memory skills. The only thing that makes troubles is when we don’t want to study leaving the memory empty. Is any correlation between chewing and memorizing? There are two points of view.

According to the first one, chewing a gum increases short-term memory and mental alertness. For instance, researchers from Cardiff University had analyzed vigilance skills — they asked two groups of students do certain task in a given time. Members of a group who chewed a gum when doing the task showed better results.

However, another study made by scientists from Cardiff University, came to the point that chewing limits the short-term memory and other brain skills. It is also important to mention that some studies proving the positive influence of chewing gums were sponsored by companies that produce gums.

One can learn foreign languages while sleeping

Unfortunately, it is impossible to start speaking English fluently through listening to dialogues during sleeping. But, you can learn the things you already know better, thinks a group of European scientists who conducted an experiment with students who study German. They learned new Dutch words and then went to bed for three hours. When sleeping they listened to a recording which played vocabulary. But the researchers cheated — sometimes they gave wrong translations to the words. The students managed to recall about ten per cent more words. However, none of the students remembered any wrong translations heard from the record.

They also analyzed the brain activity of the students. When they heard a word they already knew their brains worked more actively, but when they heard an unknown word the activity reduced. It means that their minds didn’t do new neural connections, but made the existing ones stronger. So you have to learn languages in your waking hours.

It only works if you write, not type. Those teachers who forbade us to use laptops during lectures seemed to know that while handwriting our brains remember the information we write down and also memorize motor skills of our hands. The acts made by our fingers help memorize letters better, believe researchers of the University of Stavanger.

They also mentioned that it is very important how much time we spend for writing. The quick process of typing prevents us from focusing on the information we deal with. The following experiment proved this concept: two groups of people were asked to write letters of unknown alphabets. The first group did it using pencil and paper, another one used a computer with a keyboard. In six weeks the participants made a test, and the first group showed better results.

Don’t shake your head when preparing for an exam!

You carefully "fill" your brain with knowledge so as to "put" it on the teacher’s table. Sometimes it works if you really work hard to gain the knowledge. However, various studies show that physical activity activates learning skills. Regular aerobic exercises enlarge the hippocampus, the brain area involved in verbal memory and learning, declare researchers from the Harvard medical School. The time that you spend for such activities as walking, swimming, rowing, stair climbing and dancing makes your brain have a rest during which it forms new synaptic ties.

We also cannot forget such superstitions popular with students such as "don't take a shower — you will wash out the knowledge" or "put a coin in your boot" - this may work but it is just a placebo, as these things make you believe in yourself.