When talking about art, we focus on its aesthetic value and only question ourselves about how art affects our feelings, psyche, and sense. Yet, the process of contemplating art is much more complex. Ms. Zoï Kapoula, Research Director in the field of cognitive neurosciences, CNRS (National Center of Scientific Research in France) believes that we first react to art physiologically and only then form an emotional response. During an interview prior to a lecture for the Art&Science: Art, Science, Museum project at the State Hermitage, she shared about why it is important to study art from the scientific point of view, why is it that our aesthetic sensibility grows stronger when in museums, and why appreciating art is good for you even if you don't know much about it. 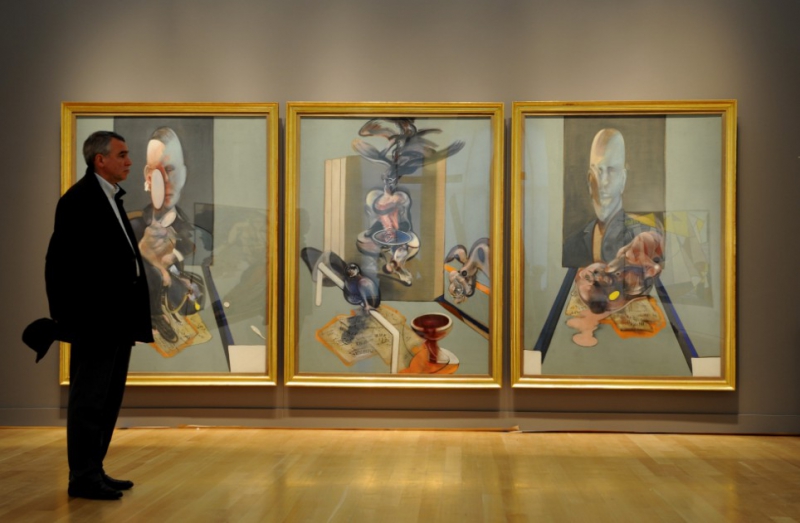 Why neurophysiology of aesthetics is important?

Any work of art is some statement that is a result of the artist's research. Each artist uses his unique methods to show them, and art pieces give us unique physiological stimuli that affect our brains. When we see an art piece, particular sections of the brain cortex activate; thus, one can say that art stimulates our perception and trains our brain and body. The sensorimotor activity which is a result of art appreciation can even have therapeutic value. Art therapy can be used for treating schizophrenia, dementia, dyslexia and other similar pathologies; hence, research on how it works from a scientific point of view is relevant.

What were the first steps to studying the physiology of art appreciation?

The classical experiments on understanding the process of perceiving images were conducted by Russian scientist Alfred L. Yarbus in the 1950s. Even now, anyone who studies this problem refers to his research. Yarbus asked his study group to contemplate Ivan Repin's "The Unexpected Return” while having a small mirror fixed on their eyeballs. The light reflected from it was used to trace the eye's movements. Thus, the scientist obtained a map of lines and dots that represented the eye’s movements and places where the testee’s gaze stopped. Yarbus put forth an important question: do eyes move because a person seeks particular objects, or do they trace the painting's composition as a whole? The experiment resulted in several important discoveries. The most important one was that the testees’ eyes looked at the particular parts of the painting. Even when standing before the painting for some half an hour, a person won't look at the whole painting evenly, but fix his gaze on particular elements. This means one quickly forms a strategy for viewing a painting. Another important discovery was that this strategy is partially defined by a painting's elements and what one searches for in a painting. Thus, when Yarbus asked people to find particular elements in a painting, for instance, old people or luxury items, he got entirely different "eye paths". In all cases, the gaze lingered on the most important elements. Which physiological processes activate when one contemplates a painting?

The most important processes have to do with our eyes' movement and what happens to our bodies at this time. Timing is most essential here, one has to trace the eye movements and how the body moves during the first 3-5 seconds. When in a museum, we usually spent about 17 seconds on a painting. Each time we move, our central nervous system gives a physiological signal, a command which tells us where to look. This helps us remember paintings, which means that they are perceived using physiological experience as well. We conducted our own experiment. First, we asked a painter to contemplate a painting. Then, we took the painting away and asked him to imagine the painting before him and "look" at it as though it was there. It turned out that his eye movements were almost the same. Thus, eye movements are the motor basis of perceiving an image and remembering it. What's more, body movements are important as well. Also, we used special sensors that trace one's position in space and involuntary movements and micro-vibrations in an experiment when members of the study group were asked to look at two paintings - one with perspective and one without. People leaned in more when looking at the first one, and made more movements.

We learned that painters and non-painters analyse art pieces differently. For instance, we asked common people and painters to contemplate a piece by Francis Bacon. The former concentrated on elements like faces, animals, people, etc.; the latter looked at the painting as a whole, paying attention even to the unicoloured background. The difference was obvious within five seconds. Yet, we've decided to repeat the experiment with a Renaissance painting. This time as well, the results were similar - common people mostly looked at particular elements. Thus, we concluded that one gets a more full impression of art if he has some theoretical knowledge of the subject. We believe that our research can be used in art education, as many people find it hard to understand modern art. Then, why do people perceive art better when in museums?

When you sit home and watch images in books or on the Internet, you don't move. Thus, your body doesn't take part in the process. When in a museum or some gallery, you constantly move: you walk, you stand. Also, you make the choice of spending more time before a particular object, decide whether you like it or not or what does it remind you of. If the art piece is a sculpture, you can watch it from different sides, if it's a painting, you can see the brushwork. A museum's atmosphere also has a particular effect on perception. If you are surrounded by beautiful architecture, this has an effect on your thoughts and emotions. Thus, in museums and galleries people get an additional physiological experience.

So this means that even people who don't know much about art will still go to museums?

Even if someone doesn't understand art the "proper" way, going to an art gallery is still good. Each painting, sculpture or any other piece of art is unique. When a person contemplates it, he or she trains to understand new things and perceive unfamiliar information. This trains one's brain, as well as gives new stimuli to the body. How can art be used for medical purposes?

A human's body has unique qualities that allow it to correct its position in relation to its surroundings. For instance, if one faces an inclined image, he will automatically lean in to see it better. We've conducted an experiment on that as well. Some testees were shown an exhibition where all the art pieces were on an angle. Then, they had to take a test, where they saw a red inclined line on a black background that gradually became vertical. They had to tell when it became completely vertical. Those who saw the above-mentioned exhibition did the test better than those who didn't. This means that at the exhibition, their brain was "trained" to discern inclined objects from normal ones.

Can science be used for deriving rules for creating art?

As a physiologist, I can say that one's aesthetic sense greatly depends on how strong are the stimuli that art pieces give to his or her body and mind. One has to remember that aesthetic sense is different from pleasure. It does not make one happy or sad, it's more about physiology. For instance, when you discern such things as perspective or some unobvious elements, you "discover" them, get some kind of new experience and react to it. The more physiological reactions one has to a painting, the more he or she likes it. Yet, there are no criteria to what will induce these reactions, and that has to do with one's physiology as well. In one of our experiments, we placed a person before a piece of contemporary art and asked whether they liked it. We also registered the testee's position and posture at that time. It turned out that if one didn't like what he saw, he involuntary leaned backwards; when experiencing pleasant emotions, his body leaned forwards. All of these reactions amplified the aesthetic sensitivity. Artists can understand these reactions and use certain techniques to evoke them, yet this does not mean using them will definitely make an art piece have a great effect on the viewer. Aesthetic sense is something really individual. Won't its magic disappear after we explain it scientifically?

We can analyze art's effect on physiology, yet we don't mean to dictate to artists how they should work. Maybe, some artists already use the results we got, yet I don't know anything about that. As for me, the knowledge I have on art's effect on humans only amplifies the pleasure I get from contemplating art. I believe I can compare that to knowing the history of arts: some art pieces have been studied for centuries, but that does not impede our perception of them in any way. Science researches all aspects of human life, so why don't we use it to better understand our civilization's most notable part - art? We can collaborate with scientists, and that will in no way harm the progress of arts.