On November 18, 2017 ITMO University hosted the third WUD@ITMO international conference, dedicated to design and testing of user interfaces. WUD@ITMO is timed to coincide with World Usability Day which was first celebrated in 2005. In November, a whole series of events dedicated to usability are conducted in different countries. Such events bring together specialists in the field of interface design and ergonomics, as well as students and lecturers. In 2015, on the initiative of ITMO’s Department of Engineering and Computer Graphics and Design and Multimedia Center, St. Petersburg hosted the First International Conference WUD@ITMO in collaboration with Tallinn University. This year, among the key speakers was professor Sergey Fedorovich Sergeev from  St. Petersburg State University, member of the scientific Council of RAS on the methodology of artificial intelligence and member of the Russian Academy of Natural Sciences. In his talk, he expanded on the primary objectives of usability specialists and the future formats of humanity’s integration into a technogenic environment. 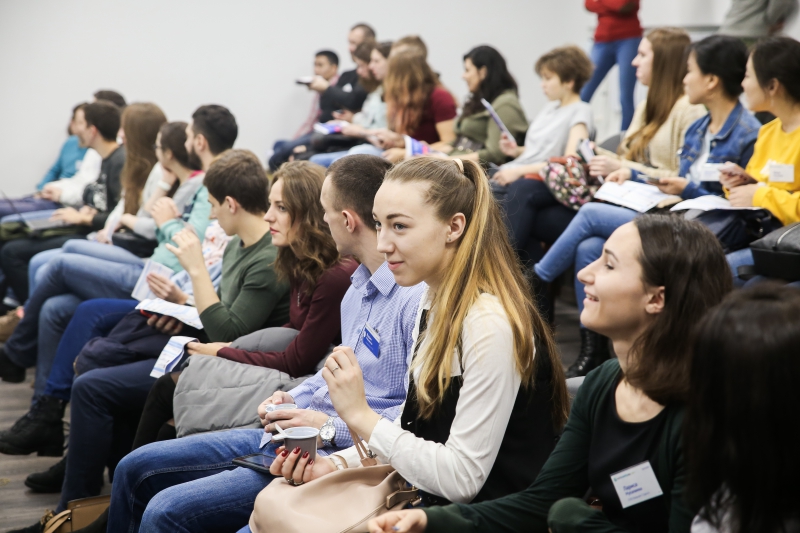 The conference was opened by Artem Smolin, head of ITMO’s Department of Engineering and Computer Graphics.

“We hold this conference as part of the Master’s program “Design of Human-Computer Systems” . The conference’s goal is to talk about the fundamental matters while pursuing a practice-oriented approach. I hope that the conference’s footprint will only increase with every year.”

Professor Sergei Sergeev from the Department of IT in Arts and Humanities of St. Petersburg State University spoke about the tasks that usability specialists will have to solve in the next 30 years. According to the speaker, a usability specialist’s main task is to give technology “a human face”. This largely has to do with the problem of effective human-machine communication - the main challenge that all kinds of interface designers face. “Friendly” relations with machines is what will define our future, claims the speaker. Human perceptive systems are, in a way, natural interfaces that create our subjective reality, which does not reflect or depict the physical world, but is rather a model created by our mind, loosely connected with actual reality. In fact, there’s no color, light or sound in the real world – these are just oscillations of mechanical media or electromagnetic fields. Our natural interfaces connect us to the real world, help us navigate it. Their main feature is that we don’t even notice their work - we don’t have to think to see and hear everything that surrounds us. Now, designers are to use technology to create such forms of communication and integration with intelligent environments that will let us attain our goals while remaining indiscernible.

“The issues of human-machine interaction have become all the more pressing since we’ve begun to live in a strange artificial world that has never existed before. It’s a world of constantly evolving man-made environment, where technology, machines and humanity constantly merge. New techno-biological forms of interactions between man, machine and communication systems appear and manifest themselves by greatly enhancing, and sometimes reducing, our capabilities. We can instantiate it with the example of a student with and without a cheat sheet. With the cheat sheet, the student has increased chances of passing an exam; this is an example of a symbiosis of an informational system (the cheat sheet) and the student’s biological cognitive system. Yet, there can be different types of these cheat sheets, and we are gradually entering a world where we need them for just everything - they tell us how to get someplace, what and where to buy. Gradually, all our activities become driven by technology,” explains the professor. The environments people exist in are becoming more and more organized. Once, to buy a train ticket, we had to stand in line for hours just to learn that all tickets have been sold out. Now we can use a special service do it with ease. Yet, apart from the positive aspects of organized environments, there are drawbacks - we are becoming hybrid creatures, i.e. elements of our environment become our essential parts.

People now reside in unusual, newly-emerged environments. We’re not talking about virtual reality – just the hybrid reality of online communities. We don’t know anybody in these communities as physical entities, yet they affect us quite the same way as physical contact would. Communications have changed, as well. If we once perceived communication as simple information exchange, now it is a complex self-organizing network of processes that does not only transfer information, but also organizes and shapes the participants of these communications, supports both itself and the processes that emerge in it. All of these novelties have to do with the term autopoiesis, which was introduced in early 1970s by Chilean biologists Humberto Maturana and Francisco Varela to define systems that create and sustain themselves. Living organisms and communication are such organisms; there are attempts to describe the immune system as such, as well. “We exist in a strange reality that can be digitized in its entirety. IPv6-based web-interfaces allow us to create 340 undecillion addresses - that is enough to tag every speck of dust on Earth. We ourselves can be digitized, and create a digital copy of our reality where we can do whatever we want. As of now, the models that control us are primitive and have to do with such fields as marketing and internet advertising only. In future, we will no longer be able to tell how and from where particular information appears, as it will adjust without us noticing it,” explains the professor. There’s also another trend, which is somewhat scary - technologies begin to integrate with not just our bodies, but also our psyche. There are two types of human-machine integration - introspective modification and extroverted integration. The latter has to do with creating physical connections with a human, i.e. modifying our bodies and creating new interfaces. The former is responsible for changing our very nature by means of genetic engineering and synthetic neurobiology. At the same time, intelligents symbionts can allow us to create new forms of intelligence - diffuse, hybrid, artificial and symbiotic intelligence. We may even expect that there will come a time when artificial systems will become smart enough to do just about everything for us, yet that is not exactly the case. But do we have to fear succeeding in creation of symbiont and other forms of integration with intelligent environments? According to the professor, we have nothing to fear - we already depend on them and are part of a technogenic reality. Now, we face the emergence of a new global techno-biotic entity. It has the property of a living organism and uses us as its elements, thus it won’t destroy us. Still, the truth is that solving humanity's problems is gradually becoming the responsibility of not humans, but the intelligent man-made environment.

As part of the conference, Ludmila Kornilova, student at ITMO’s Department of Engineering and Computer Graphics also spoke about how computers, internet and gadgets have enhanced the capabilities of disabled people, including people with poor vision and the blind. Vadim Manaenko from the Department of Computer Science and Control Systems expanded on the role of humans in robonomics, and Antonina Hisametdinova from the Sobaka Pavlova company talked about the workings of a mass service in non-perfect conditions. Many other specialists in the field of interface design from Minsk, Warsaw and Moscow also gave their lectures at the conference.